11 Per Cent of UK is Playing Pokémon Go 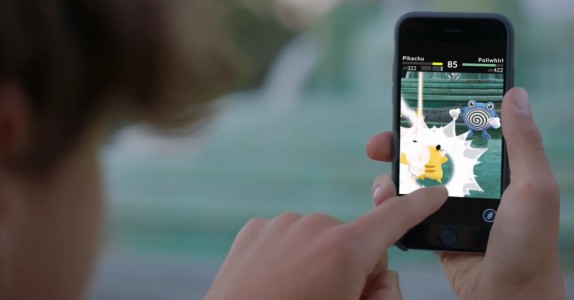 6.1m UK adults (13 per cent of the UK population) have downloaded and installed Pokémon Go since the app was released here on 14 July, with 5.3m (87 per cent of the install base) still using the app, having played it within the last week.

These figures come from a YouGov survey which looked into the demographics and spending habits of UK players. Perhaps unsurprisingly, millennials make up the bulk of Pokémon Go players, with 66 per cent aged 18 - 34, and only four per cent over 55.

The survey revealed some of the more common personality traits and interests of players too, with users considering music central to their lives, enjoying risks and challenges, and preferring to stand out and try new things when it comes to fashion.

Despite this interest in the new and higher than average education levels, however, they are also more likely to be unmotivated, with players more likely to classify themselves as underachievers, easily distracted and unambitious.

Among the top brands favoured by players were Kinder, Smirnoff, Domino's Pizza and cinema chains including Odeon and Vue. Brands like McDonald's have already seen success by teaming with the app, and the research suggests that there are plenty of other firms who could tap into the game's popularity to connect with their audience.

"While Pokémon Go has been talked about a lot since its launch, until now no one has understood much about either the scale of its use or what the app's success means for this type of augmented reality app in the future," said Stephen Harmston, head of YouGov reports. "Our data makes it clear that not only have a lot of people downloaded the game and the vast majority are still playing it, but also that the brand opportunities for this particular game and similar games in the future are vast."

"[email protected] campaign uses scented OOH, day part and weather triggers to drive bookings. https://t.co/rPI7rJnO0E"
13 hours ago
"We've gone global! Sign up today to attend 2020 Mobile Marketing Masterclasses or get in touch to become a partner… https://t.co/PnUYzvzSTT"
14 hours ago
""Customer obsession is not just a buzzword for us, we take it seriously!" says @rajrambhia Director, CS (IN). Watch… https://t.co/fPBOJXXXrh"
15 hours ago