With the 2019 Effective Mobile Marketing Awards open for entries and celebrating their10th anniversary, we are taking a closer look at some of the winning campaigns in last year’s competition. In this post, we turn the spotlight on the winners of the Most Effective App Install Campaign Award. 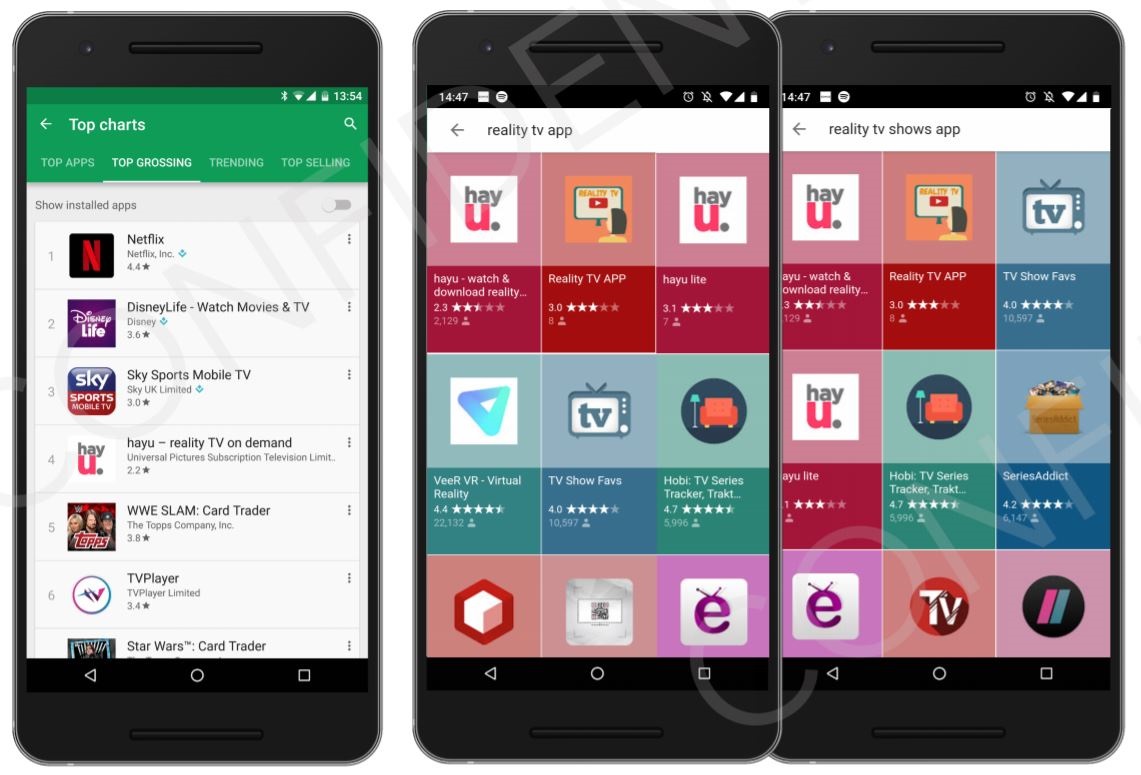 The award was won by NBCUNiversal (hayu) and Yodel Mobile for a campaign designed to drive organic installs of the hayu on-demand TV app. Yodel implemented its OS-specific App Store Optimisation programme, including its keyword optimisation loop to establish a bank of optimised keywords for both the app stores. It then tracked app and keyword rankings on a continuous basis and updated and optimised their app store descriptions. Alongside this, it implemented optimised screenshots and a video to act as a shop window for users who visited the app store page, offering a closer look at the app to increase conversion rates.

To increase the organic discoverability of the app and hayu’s brand visibility, Yodel implemented a new web mark-up that would surface rich autosuggestions through Apple Search results in the Safari app. It analysed their top destinations in-app to determine prioritised mark-up areas, picked 10 key pages to be marked up and then measured the uplift in traffic. Having witnessed great results, Yodel planned for the implementation of mark-up on all pages, including supporting the web developers with the implementation.

The results of the campaign were shared with the judges in confidence, and demonstrated that Yodel’s App Store Optimisation and discoverability strategies were key in driving organic acquisition for the app.

“We put a huge amount of work into building a partnership with our client and creating a bespoke and effective strategy for their app,” says Yodel senior marketing manager, Arazoo Kadir. “Whilst this made us confident in the work we produced and, despite winning the category the previous year, we weren’t over-confident about winning this year. We were aware of the high standards of entries and fellow expertise in the industry that we were going up against.

“That’s why we were over the moon to receive a win. The team and our client were ecstatic to receive recognition for our award ASO and discoverability strategy. It affirmed our belief in the power of implementing organic acquisition strategies for app success and its ability to make maximum impact.

“The Effective Mobile Marketing Awards is one of the longest running and most important awards in the mobile industry. We think it's important to continue to celebrate the great work that brands and agencies are producing in the rapidly evolving mobile and app space.” And the judges’ verdict: “A solid campaign that employed App Store Optimisation and continuous conversion optimisation to great effect, delivering tremendous results, including a high percentage of organic installs.”

2019 Awards
This year's Awards, staged in partnership with our Headline Sponsor, Dynata,  are open for business.

The Most Effective Mobile Marketing Campaign of the Decade is open for companies to enter in the usual way. The other three, for the best Agency, Brand and Disruptor will be chosen by a public vote after nominations from the industry. If you would like to nominate an agency, brand or disruptor of the decade, please send your nomination to awards@mobilemarketingmagazine.com with a few words in support of your submission. Companies are allowed to nominate themselves.

The entry deadline for all awards is midnight UK time Friday, 26 July 2019, with an Early Bird deadline two weeks earlier, Friday 12 July. The cost to enter an award is £180 plus VAT per submission. There is a 50 per cent discount to enter any campaign into additional categories after the first category. There is also a £30 discount per entry submitted before the Early Bird deadline.

There are more details here.  And you can submit your entries here.