Ahead of our 2018 Effective Mobile Marketing Awards, we'll be previewing the nominees in each category, giving you a glimpse at the high quality of entries we've seen this year. In today’s preview, we look at the best uses of CRM data in mobile campaigns. 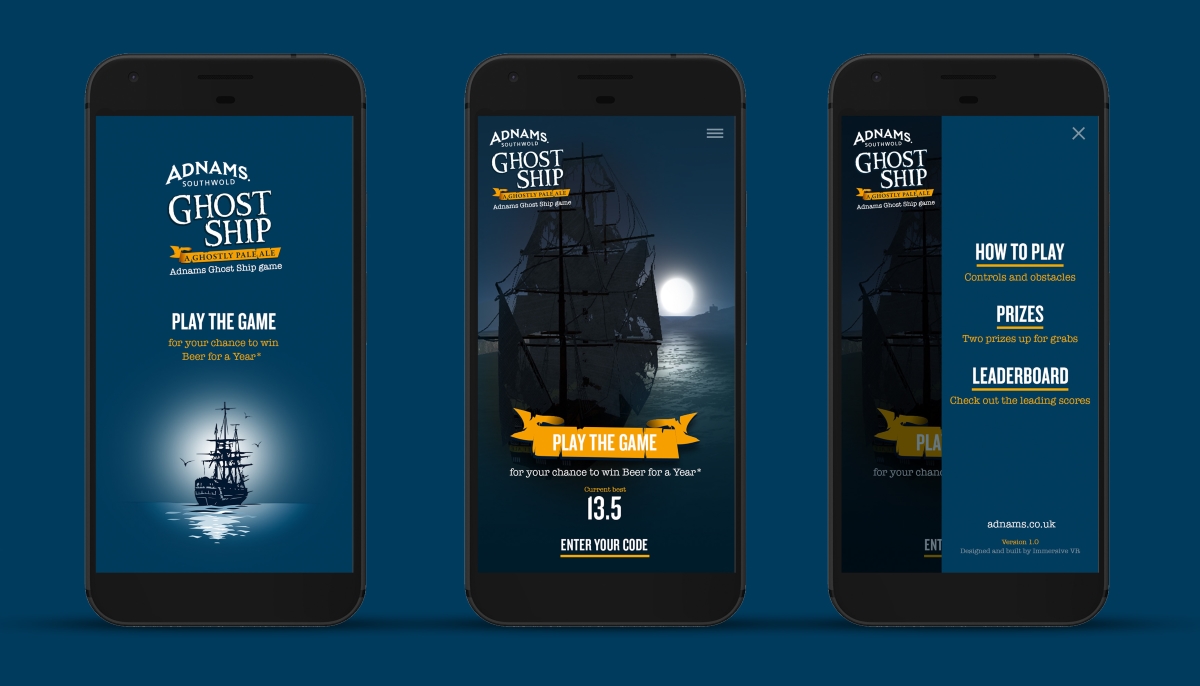 Adnams and Immersive Studios – The Adnams Ghost Ship Game Campaign
Ghost Ship is one of the most popular beers produced by award-winning UK brewer Adnams, and to celebrate the ale’s anniversary, Adnams wanted a mobile-first promotion that rewarded beer lovers and brought new drinkers to the brand. A mobile app enabled the brand to reach consumers when they were in the pub with a simple and addictive game that people could play at the bar.

Working with Immersive Studios, Adnams built a game in Unity3D that integrated iconic aspects of the Adnams’ brand, such as the Southwold lighthouse. A simple, addictive game was designed that included competitive elements to keep players engaged, and the free iOS and Android apps were promoted with in-store and in-bar materials.

During the two months the campaign ran, the app saw 10,000 downloads, with over 100,000 games played and over 3500 hours of gameplay. The game beat the average install-to-register conversion rate by almost 10 per cent, and despite the competitive element having ended, the app continues to find new users and keep them entertained, further supporting the Adnams brand.

Argos and Apadmi – My Argos Card App
The Argos Card is a retail program used exclusively by Argos customers to help manage their purchases. As part of a company-wide digital transformation project, Argos Financial Services partnered with Apadmi to create a bespoke mobile app solution for customers, aimed at improving their experience, boosting engagement, increasing loyalty and improving operational efficiency.

The team focused on creating native apps for both iOS and Android to ensure that customers were able to take advantage of all the native benefits offered by mobile, with huge attention paid to UX and UI to make the app more engaging. Smooth integration into existing back-office infrastructure was also vital, with a bespoke piece of middleware built to sit between the application layer and Argos Financial Services’ business-critical, legacy IT systems.

The app was a huge success, with over 750,000 active monthly users, and 32 per cent of all payments for Argos Financial Services now made via the app. It has become the largest digital payment channel for Argos Financial Services, and helped to reduce fraudulent activity by 72 per cent compared to non-digital channels. It has also formed a central part of the firm’s digital transformation, demonstrating business success across a multitude of areas in a quick space of time and in a scalable manner.

Taxify and CleverTap – Taxify CRM Campaign
International transportation network Taxify, the first transportation app to enable customers to pay for their trips through mobile carrier billing, teamed up with CleverTap in order to boost the customer experience for its over 10m riders and 500,000 drivers. In addition, it wanted to understand usage patterns and personalise the user experience.

Taxify followed CleverTap’s data-driven and AI/machine learning approach to increase user engagement and drive conversions. It done this by through automated segmentation with RFM analysis to examine customer activity, personalisation at scale, omnichannel marketing, and A/B testing to optimise messaging.

Through CleverTap’s approach to CRM, Taxify was able to improve retention as it scaled across multiple regions. It increased conversion rates by over 20 per cent and, by using CleverTap’s analytics suite to nudge dormant users with special promos, saw engagement increase by 125 per cent for iOS users around the globe.

TrustedHousesitters – TrustedHousesitters App
Having facilitated more than 2m nights of house and pet sitting since launching in 2010, the need for a mobile app for the TrustedHousesitters brand had become evident. When designing the app, the company had three main aims: improving communication, ensuring relevance, and introducing the ability to post and share content. The engineering team concentrated on building a best-in-class app for usability, with a design system based on the atomic design methodology.

The launch of the app was supported with an email campaign rolled out over a 24-hour period, with communications tailored to each side of the TrustedHousesitters network. Within 24 hours, more members were live on the app than on the website, and messaging was used to onboard new members and continually drive downloads.

The app hit its download target for 2018 within the first two weeks of release, and currently averages 2,500 daily users and a rating of 4.7 on the app store. While initial marketing focused on existing members, new marketing has expanded to non-members in the company’s CRM database, which has driven a further surge in membership.