Ahead of our 2018 Effective Mobile Marketing Awards, we'll be previewing the nominees in each category, giving you a glimpse at the high quality of entries we've seen this year. Today, we’re previewing the Most Effective Launch Campaigns. 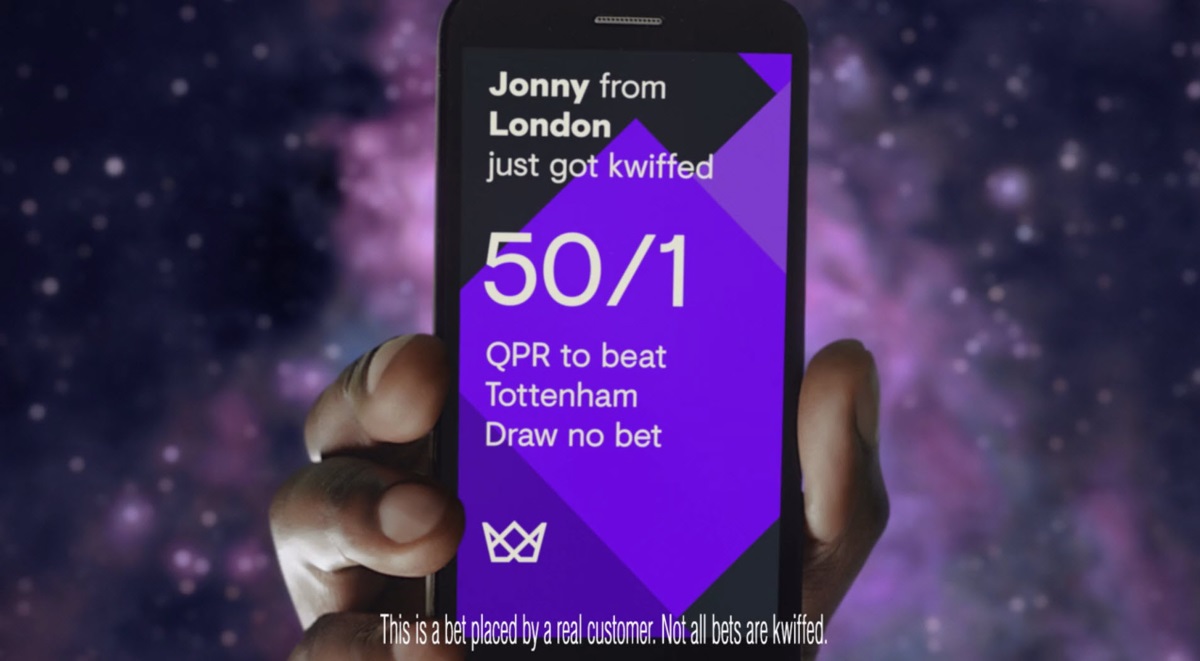 Kwiff and Total Media – It's Perfectly Normal. Until it's Kwiffed
Having immersed themselves in sports and betting culture, as well as analysed conversations on social media and other data, the team at Kwiff and Total Media realised that, alongside the television, mobile was the dominant sports and entertainment device for its core audience of 18 - 34 year old men. Mobile was at the heart of their social interactions, especially during the lead into games, when bets were discussed.

As a result of their research, the team decided to focus all of its non-TV ad activity exclusively on mobile, and focus on the lead into the game, rather than the game itself. In the hours before matches kicked off, the team dramatically stepped up the brand’s social activity, running dynamic display creative and working with influencers to promote its betting offers.

While the results for the campaign were shared with the judges confidentially, they demonstrated a significant result for Kwiff, driving awareness and new sign-ups while also dramatically increasing the efficiency of its marketing spend. 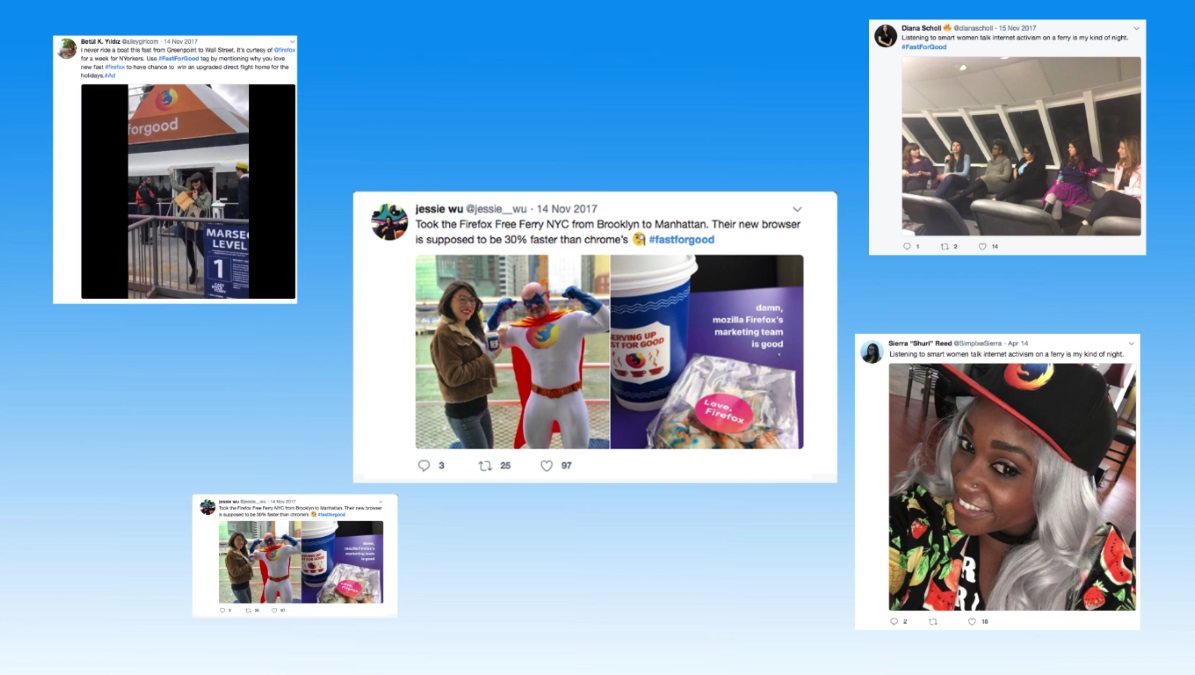 Mozilla and Fetch – The New Firefox: Fast for Good
In late 2017, Mozilla was ready to launch a new browser, the Firefox Quantum. Like the old Firefox browser, Firefox Quantum was unparalleled in its protection of user privacy, but was also two times faster than the previous Firefox browser and could rival its competitor, Google Chrome. The primary objective of this campaign was to create awareness of Mozilla’s not-for-profit business model and pro-internet technologies, policies, and programs behind Firefox, so that the Mozilla mission became part of the decision-making process for consumers choosing an Internet browser. The secondary objective was to drive downloads of Firefox Quantum and increase Mozilla’s share of the browser market.

The target audience was “conscious choosers,” consumers who are community-minded, tech-forward, and make purchasing decisions based on their values. This segment takes time to research and understand products and companies in order to make a deliberate choice about who and what they support. They share a worldview that is against monopolies and centralized power hubs, and for democratic access to information, knowledge, and resources.

The campaign tagline, “Fast for good” was created to appeal to Mozilla’s target audience. reinforcing the promise that there is no trade-off between performance (the “easy” choice) and purpose (the “right” choice). You get a browser that is 2x faster, and that uses 30 per cent less memory than Chrome. A browser that’s already known for its powerful privacy options, and that allows you to support a mission-driven not-for-profit too.

Video was an integral part of the campaign. There were a series of videos entitled “Wait Face,” which began by zooming in on the facial expressions of people waiting for a slow browser to load. The second half of the spot showed the antidote to “wait face.” The antidote to wait face is the new Firefox. When the actors fire up Firefox Quantum, the waiting resolves to joy and excitement as people experience the sensation of speed. Additionally, three custom mini-documentary style videos ran on progressive pop culture website, Complex, featuring Internet influencers who needed fast browsers to create music and promote activism.

The digital media strategy centred on publications with a heavy “conscious chooser” audience, such as the Washington Post, Complex, and Reddit. The campaign delivered more than 2bn impressions with a reach of over 96.6m people. The campaign also included out of home and experiential elements allowing Mozilla to reach potential customers in unexpected ways across multiple platforms.

The campaign exceeded expectations. Downloads of Firefox reached a record high during the 3-month campaign period, while a qualitative brand study showed that the campaign drove a 29 per cent increase in brand consideration as well as a 19 per cent lift in brand favourability.

Royal Caribbean International, Weve and Mindshare – A Smooth Sailing Launch
The launch of a new cruise ship doesn’t happen every day, and for the debut voyage of the Independence of the Sea, Royal Caribbean’s latest vessel, the brand wanted to capitalise on this event, raising awareness and driving future purchase intent. To deliver on Royal Caribbean’s goals, the team behind the campaign executed an SMS campaign targeted at three bespoke audiences, based on Weve’s verified data.

Using O2 international roaming data, Weve identified consumers who had been to specified European and Caribbean countries in the six months prior to the campaign to make up the ‘known travellers’ audience. ‘Travel enthusiasts’ were identified using behavioural data to find mobile users who had search for top cruise domains, while ‘proximity travellers’ used demographic and location data to find consumers aged 25-44 close to Southampton and surrounding areas.

The campaign delivered to over 245,000 people, with an average CTR of 2.2 per cent, one per cent above the benchmark. In a brand study conducted two days after the campaign, 50 per cent of consumers weren’t aware of Royal Caribbean’s new cruise ship prior to getting the message, and one in three were now more likely to find out about the cruise packages offered by the travel brand.