Ahead of our 2018 Effective Mobile Marketing Awards, we'll be previewing the nominees in each category, giving you a glimpse at the high quality of entries we've seen this year. In this preview, we look at the contenders in the Most Effective Performance Marketing Campaign category. 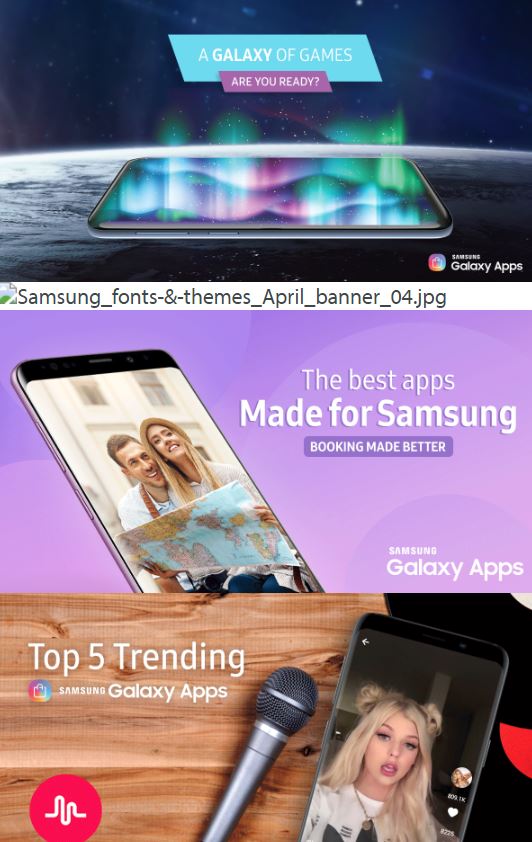 Samsung and Moburst – Galaxy Apps N. America Campaign
With over 70m Samsung devices active in the US, the smartphone maker has incredible reach to mobile consumers. Working with Moburst, Samsung was hoping to leverage this and increase use of its Galaxy App Store among US consumers, boosting downloads, retention and revenue. In addition, a heavy focus was placed on promoting the personalisation features of the Galaxy device, such as the Fonts and Themes stores.

Using a variety of media channels, and analysing insights and user behaviour, Moburst identified different segments for various target audiences, and initiated campaigns relevant for each segment. Gamers were shown the range of apps available in the Galaxy App Store’s gaming section, while Galaxy advocates were pushed towards the Made for Samsung section.

By micro-segmenting and running personalised ads to each segment, the team was able to achieve great results. Downloads grew by 79 per cent during the campaign, revenues increased by 36 per cent, and followers for the Galaxy App Store’s Facebook page grew by a massive 1,400 per cent.

Britvic (Pepsi Max), Weve and OMD – Maximum Taste. No Sugar. Simple
For this campaign, Weve partnered with Pepsi to enhance its Pepsi Max Taste Challenge campaign for its second year. In summer of 2017, Pepsi ran the first Pepsi Max Taste Challenge where it asked shoppers to pick their favorite out of Coke, Pepsi reg and Pepsi Max in a blind taste test. This original activity was heavily led by experiential, POS and secondary selling space and ran in Tesco main estate stores only. In 2018, the Pepsi Max Taste Challenge would also take place in Tesco Express stores – unlocking more locations, but meaning the format changed due to space restrictions. In this format, it was about challenging consumer perceptions and driving trial of Pepsi Max by connecting to the shopper pre-store and then converting with a price promotion and secondary selling space in store. This meant Weve had a significant role to play in raising awareness and connecting with shoppers pre-store, ensuring they converted and assisting in driving traffic in-store. Ultimately, the goal was to deliver a significant sales uplift and positive ROI results.

Weve used contract-verified age and gender data to target 18+ males and females with 100 per cent accuracy. Weve built an audience of those residing within a 5-10 minute drive time from select Tesco Express stores. But, driving people in store at a particular time is no easy feat so Weve’s creative strategy had to be simple and effective to cut through. Weve Messaging was used to deliver messages direct to users’ phones.
The SMS drove through to a personalised store locator where users could find their nearest Tesco Express store. Weve also built a simple MMS to accompany the message and drive high impact awareness without distracting from the store locator.
The campaign drove significant uplift in sales of the featured product – Pepsi Max 1.5L – as well as the wider Pepsi Max range, and in the wider overall cola category, proving the old adage that keeping things simple really does work.

Pixelberry Studios and Bidalgo – App Install Campaign
Pixelberry Studios turned to Bidalgo to increase downloads of its multi-layered role play app, Choices, targeting users who would be likely to immerse themselves in the game and complete in app purchases. Pixelberry aimed to unify all relevant media channels, data partners and creative solutions into one platform and use AI to automate and scale the entire media funnel including ad creative and ROAS (return on ad spend) optimization across Facebook, Instagram, Snapchat, Pinterest, Google UAC and Apple search ads. The goals were to increase monthly Installs, lower CPA (Cost Per Action), and increase conversion to in-app purchases.
Pixelberry Studios used Bidalgo AI platform to quickly identify which creative assets work, why, how to create more, and how they measure up in the industry. The platform automatically attributed the right creatives, optimizing multiple variables to reach the right users across these channels.
Bidalgo worked with Pixelberry to access early adoption of exciting new social channel features including Google and Facebook playable ads.
The campaign delivered over 980,000 monthly installs, with a 33 per cent lower CPA, and a 121 per cent increase in conversion to in-app purchases.