Ahead of our 2019 Effective Mobile Marketing Awards, staged in partnership with our headline partner Dynata, and our partners DAX and TabMo, we'll be previewing the nominees in each category, giving you a glimpse at the high quality of entries we've seen this year. In today’s preview, we look at the campaigns shortlisted for the Most Effective Cross-screen Campaign Award. 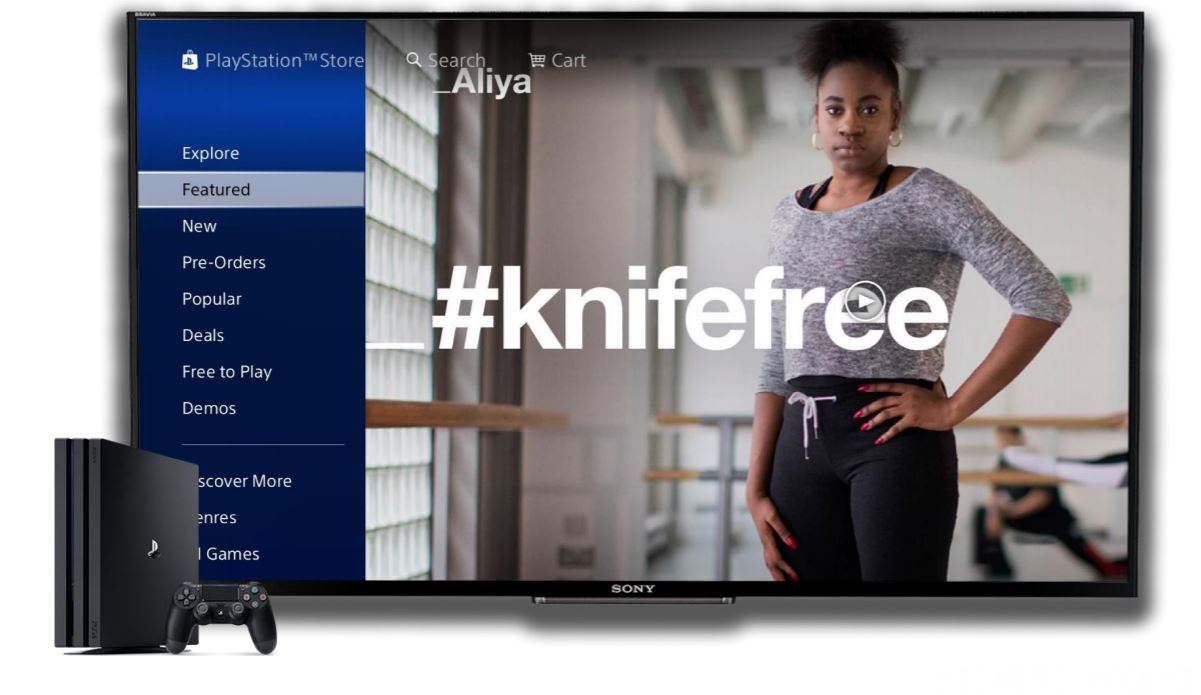 The Home Office, OmniGov @ Manning Gottlieb OMD and Venatus Media – #KnifeFree
In November 2018, Venatus supported the Home Office’s #knifefree campaign to help tackle one of the Home Office’s key priorities – reducing knife crime in the UK. Young males aged between 15 and 18 were identified as the group most at risk of carrying or considering carrying knives, and this audience was found to have a passion for gaming, spending more than eight hours playing games each week.

To do so, the company leveraged Zapr Media Lab’s Audio Content Recognition (ACR) cross-screen targeting technology to integrate TV and digital platforms across a user base of more than 70m people.

The system uses a Software Development Kit (SDK) that is integrated with more than 70m smartphone devices via user opt-ins. Audio fingerprints are created on user’s smartphones whenever media content is detected in ambient audio across more than 650 TV channels. These fingerprints are sent back to in-house servers and matched with the fingerprints of TV channels with a degree of accuracy of more than 99 per cent. By syncing TV ads with immediate mobile engagement, Zapr would create a virtual point-of-sale for the brand’s offline ads on every targeted user’s mobile.

In addition, each time somebody watched another insurance brand’s ad on TV, Max Bupa would ensure they were immediately targeted with GoActive video ads on their mobiles. And as well as engaging with people who had direct TV exposure, Max Bupa also drove incremental reach among non-direct markets who are also a priority based on their exposure to premium brand ads.

Zapr identified the precise offline target audiences, with an added demographic filter of ‘males and females aged 30+ years’. The campaign was executed with geo-specific filters reaching audiences located only in metropolitan cities such as Delhi, Mumbai, Kolkata and Chennai, in order to reach audiences in the prime of their careers and who would be most likely to be able to afford insurance premiums, given their urban status.

The target audience base was directly plugged into effective digital platforms including Facebook and Doubleclick. The campaign reached the identified audiences directly on their social newsfeed and also on any app they used during the campaign.

The campaign reached 1.6m unique individuals and drove three times as many visits to the Max website, compared to competitors who also advertised on TV during the same time. The video ads achieved a completion rate of 41.2 per cent. A post-campaign study also revealed significant uplifts in brand recall and purchase intent.

Tata Motors, Zapr Media Labs and Havas Media – Ads Good As Football
During the 2018 football World Cup, auto brand Tata Motors wanted to avoid the clutter on TV advertising and instead engage its audiences in India on mobile with an innovative type of ‘moment marketing’. It planned to do this by syncing high-impact football moments such as goals, penalties, free kicks and yellow cards, with contextually-relevant mobile ads, targeted only to viewers watching the tournament live on television. The campaign’s goal was to create brand awareness among the Indian youth for the brand’s commercial vehicle, TATA Ace Gold. According to Statista, around 60 per cent of FIFA World Cup viewers on TV are males aged 16-34, an ideal audience for the vehicle.

To do so, Tata Motors and its agency Havas Media leveraged Zapr Media Lab’s Audio Content Recognition (ACR) cross-screen targeting technology to integrate TV and digital platforms across a user base of more than 70m people.
The system uses a Software Development Kit (SDK) that is integrated with more than 70m smartphone devices via user opt-ins. Audio fingerprints are created on user’s smartphones whenever media content is detected in ambient audio across more than 650 TV channels. These fingerprints are sent back to in-house servers and matched with the fingerprints of TV channels with a degree of accuracy of more than 99 per cent.

The time-synced mobile campaigns started within five minutes from when the moments aired live on TV. Thus, the marketing challenge was one of targeting – detecting FIFA viewers who belonged to the brand’s target group, among active mobile users who were watching those micro-moments live, and executing ads with controlled frequency caps. To do so, Zapr used Google Advertising ID (GAID), and identified unique viewers from its 70m user base and matched them against FIFA content stored on its servers. The same IDs are targeted across major publishers and trusted exchange networks across the mobile ecosystem

The scale of the campaign was customized across different match days, depending on how viewership changed. This way, Tata’s ad dollars were utilized purely to engage FIFA viewers who were active during specific match days. Ads were shown across all app categories including e-commerce, games, lifestyle, music, news, etc. to maximize reach and get highest visibility for the brand.
The campaign was a huge success. It delivered 16.2m in 20 days, and engaged 5.4m unique FIFA viewers without any TV spend.