Ahead of our 2019 Effective Mobile Marketing Awards, staged in partnership with our headline partner Dynata, and our partners DAX and TabMo, we'll be previewing the nominees in each category, giving you a glimpse at the high quality of entries we've seen this year. In today’s preview, we look at the campaigns shortlisted for the Most Effective Use of Data Award. 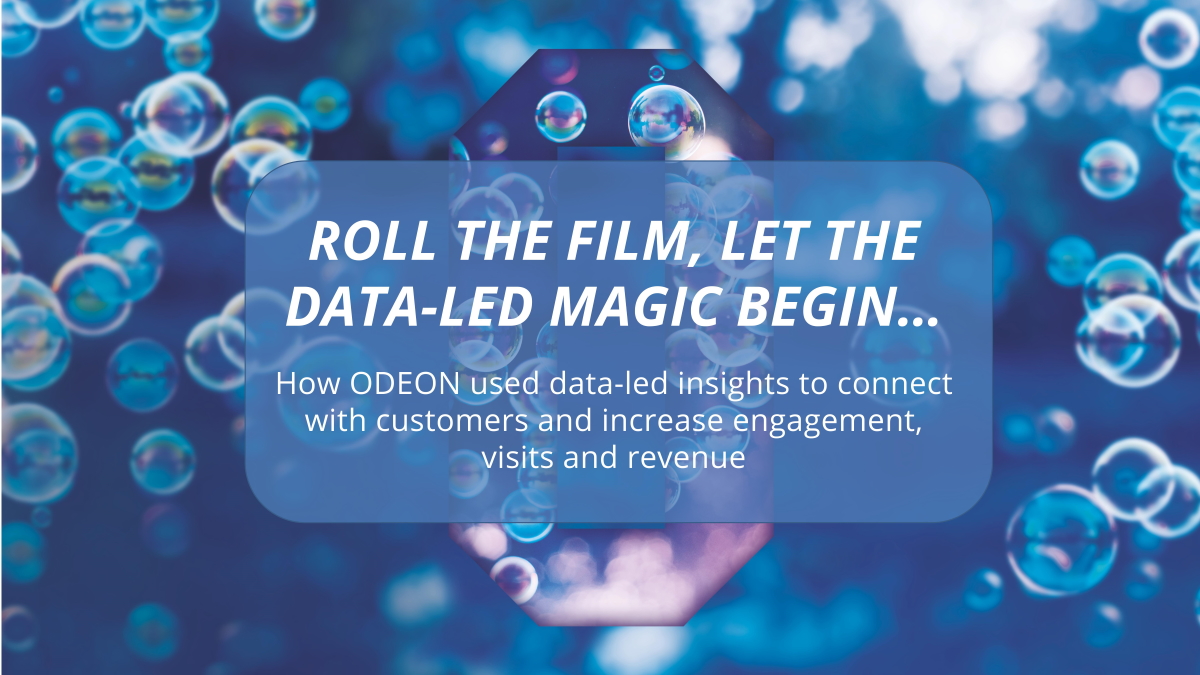 Odeon Cinemas and Yellow Velo – Roll the Film, Let the Data-led Magic Begin
Odeon has a database consisting of 4.2m customers and those that engage with communications tend to book and visit an Odeon cinema. However, it was found that 71 per cent of customers hadn’t opened any communications in the last three months. So, it set out to change this.

With Yellow Velo, it set out to gain a better, enriched, and actionable view of customers’ behaviour through taxonomy data insights; create interactions and mobile-first experiences which enabled the cinema to learn more about customers; and develop communications and mobile-first experiences that were data- and context-driven to increase engagement.

The 2019 awards season was used as an opportunity to engage customers at a time when film would be culturally relevant and covered by the media. Customers were asked to join a poll to have their say on who would win high-profile awards, with 12,800 of them participating and more knowledge gained about their film preferences.

Then, with the releases of Avengers: Endgame, Captain Marvel, and Spider-Man: Far From Home, taxonomy data was used to structure communications strategy. Data provided insights into customer interactions with previous superhero film campaigns and their onsite behaviour, leading to a ‘superfans’ subset of those who had seen all 21 preceding Marvel films.

For Avengers: Endgame, the superfans received exclusive invites to book tickets for the opening night and were kept engaged using an interactive quiz. After seeing the film, they were encouraged to see it again to spot things they may have missed the first time around.

Using taxonomy data insights, OR were increased by 562 per cent, while CTO grew 669 per cent. OR averaged 26.8 per cent above industry benchmark and some campaigns peaked at 76.21 per cent, with CTO averaging 14 per cent above the five per cent target.

The pre-book invite garnered an OR of 76 per cent and a CTO of 48.5 per cent. Overall, the Avengers campaign saw revenue grow by 1,239 per cent.

The third phase of Odeon’s engagement drive occurred during the summer holidays, targeting families. In the run-up to the period, communications were created that demonstrated empathy for busy parents who would have to find way to keep their children preoccupied over the six-week break. A ‘Family Film Finder’ tool was developed, where parents answered four questions and were provided with tailored film recommendations, as well as information about their local Odeon. Parents were also targeted with reminders of films showing when there was bad weather forecasted.

Parkmobile & MobPro: Anti-churn Campaign
Parkmobile (RingGo in the UK) is the most downloaded parking app in the Netherlands. Parkmobile – and Ringo – doesn’t make money unless someone uses the app to pay for a parking session. Generating as many downloads as possible therefore doesn’t necessarily benefit RingGo. For this reason, and because various studies show that significant costs are involved with having to attract new customers, MobPro actively focused marketing efforts on preventing active users from deleting the app and activating them to use the app when parking.

Afterwards, MobPro was able to classify users based on their risk-scores and lift-score, enabling it to compare both churn methods.

Quantitative research conducted in collaboration with Erasmus University Rotterdam showed an “undeniable” relation between the retention campaign and preventing customer churn. The churn rate of the campaign group was 37 per cent lower than the control group.

Spring, Tealium and AGCS – Data driven Advertising for Mobile Promotion of BILDPlus App and subscription
Spring, Axel Springer’s digital advertising arm, wanted to drive mobile subscriptions for their BildPlus news app. BildPlus needed to boost the number of subscriptions online, and see a huge amount of their new subscriptions coming from mobile devices. The aim was to provide better performing creatives, better targeting, increased click through rates and decrease the cost per acquisition.

The strategy set out saw:

AGCS developed an advance set of dynamic HTML5 banners which would run through the Google DV360 platform. The animated creative was coded in a way that pulled a live news feed from the JSON made available by Bild online and changed messaging over every two hours based on news articles.

Eight sets were created in total, based on verticals of news topics, including: Headlines, Sport, Politics, Celebrity news, Business and Technology. In the mobile creative, users could swipe through news articles and click through to an article snippet where they were encouraged to subscribe to BildPlus.

40 Tealium universal data hubs were used to cluster potential customers by user segments along different dimensions. This data was then used to segment a reader into a particular order and combined in DV360 to show the right creative message at the right time.

The campaign increased click through rate 20 per cent across all creative versions compared to static banners. Cost per acquisition decreased by 37 per cent.

Twinings, LoopMe and the7stars: Twinings Superblends UK Campaign
As the retail landscape continues to evolve, it has become more important than ever for FMCG brands to link online metrics to offline outcomes. In fact, according to the Office for National Statistics £1 in every £5 spent with UK retailers is now spent online. With this in mind FMCG brands are having to become smarter when it comes to measuring the impact digital advertising spend has on sales of their products in store.

With this campaign, Twinings and LoopMe wanted to drive purchase intent and sales for Twinings Superblends product, targeting ABC1 high earners aged 25-44 in the UK. They also wanted to link online metrics to offline outcomes and drive in-store sales through digital advertising.
Working with The7stars and IRI, LoopMe’s ‘quali-tea’ campaign used data, analytics and artificial intelligence innovations to optimise towards the clients KPI in real-time and deliver real-world outcomes.

LoopMe used its PurchaseLoop Sales solution to measure product level purchases, optimising towards sales and providing deeper audience insights throughout campaign flight. Creative, rich media messaging was tailored to each supermarket stock list (Tesco, ASDA and Sainsbury’s). Supermarkets were then geo-targeted to ensure each creative was contextually relevant based on the location of the consumer.

LoopMe’s AI platform then trains a predictive model using this data to determine the likelihood of each user’s purchase intent increasing after having been shown the ad. Only if the probability is high enough, is the ad then served. The targeting is then refined and optimised as the campaign runs to improve results.

These results were supplied to the judges in confidence, but delivered significant uplifts in purchase intent and sales.

Uken Games and Swrve – Optimizing Player Experiences with Real-time Relevant Data Analysis
For their two flagship games, Who Wants to be a Millionaire? and Jeopardy! World Tour, the Uken Games team needed a solution provider that would increase engagement and retention.

Uken needed to learn more about what keeps their players intrigued, invested, and feeling valued so they could create experiences that would drive activity among both their engaged and lapsed users. It chose Swrve for this purpose.

With the mobile gaming solution from Swrve, the team at Uken had the targeting and triggering needed to keep engagement high, actively address churn, and gain insight about individual player interests, needs, and goals every single day.

Uken received over 17,000 clicks on a single survey, with a 57 per cent response rate to surveys targeting lapsed users. Over 250,000 customer journeys were optimised with insights learned from the surveys completed by both engaged and lapsed users.

Volvo partnered with Mobsta to use the company’s location-derived audience data to build a segment of auto-intenders at a post code level. Audiences that had been exposed to a TV ad for the car were also retargeted with display ads, within an optimum 30 mins/5-mile drive time to dealerships.

The overall campaign effect was then measured using Mobsta’s proprietary data and an exposed and control methodology at the device level – the first time this data had been used to buy against and measure a TV campaign. To do so, Mobsta’s data scientists had to devise a new methodology using machine learning to handle the volume of data a highly targeted national TV campaign produces. 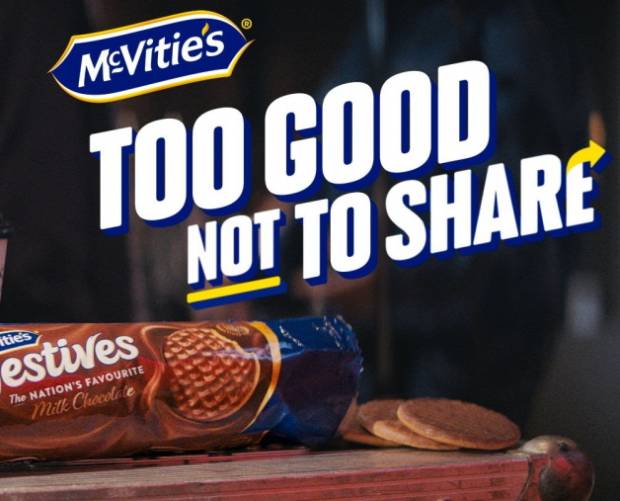 Channel 4 unites with supermarkets to take stand against racism in solidarity with Sainsbury's... 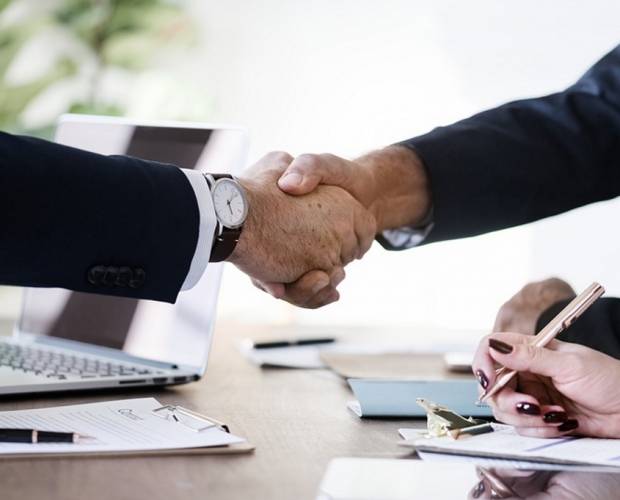 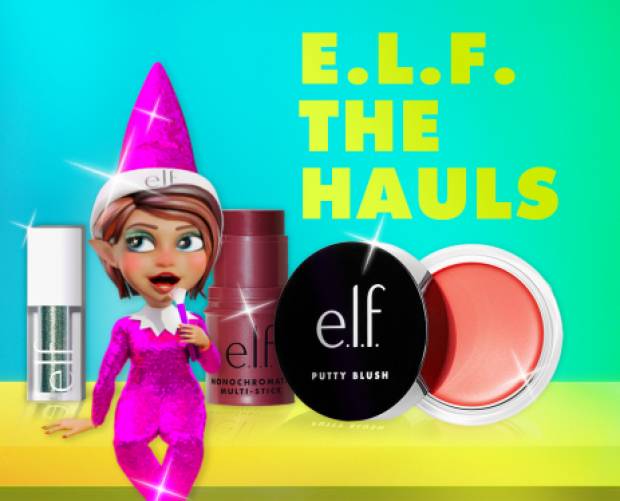 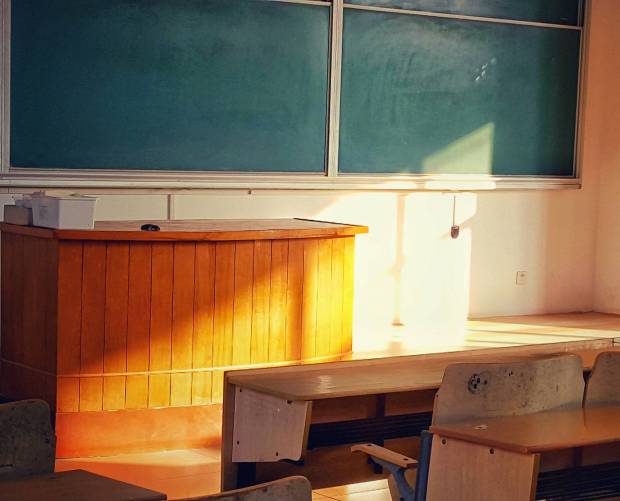