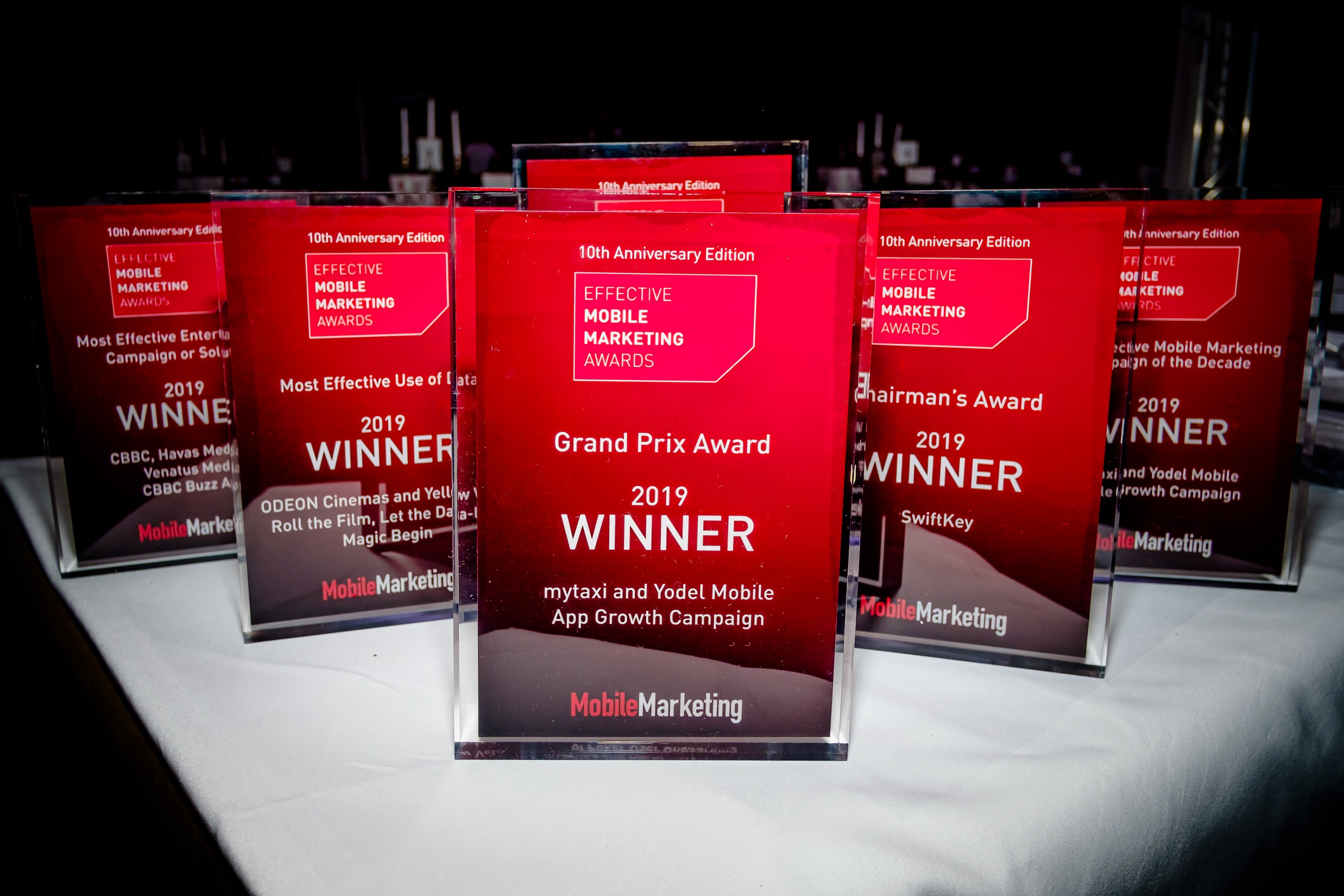 The winners in all 29 categories of the 10th Effective Mobile Marketing Awards, staged in partnership with our headline partner Dynata, and our partners DAX and TabMo, were revealed at an Awards Ceremony in London this evening, attended by over 200 representatives from brands, agencies and mobile marketing firms.

On the agency front, the big winner on the night was Yodel Mobile, picking up five Winners awards as well as a Highly Commended. It’s App Growth Campaign for mytaxi took the Grand Prix Award, as well as the Awards for Mobile Marketing Campaign of the Decade; Most Effective Travel & Tourism Campaign; and Most Effective App Install Campaign. Yodel also picked up a Winner’s trophy in the Charity Campaign category for its work with breast cancer charity, BECCA.

The Home Office, with its agency partners OmniGov @ Manning Gottlieb OMD and Venatus Media, picked up two awards, for Most Effective Cross-screen Campaign and Most Effective Use of Data, for its #KnifeFree campaign to reduce knife crime in the UK.

For his Chairman’s Award, Chair of Judges David Murphy chose his favourite campaign or solution of the past decade, and gave the Award to predictive typing app SwiftKey.

For more on each of the winning entries, head to the Awards Site. In the meantime, the full list of winners is as follows:

Disruptor of the Decade
Airbnb

Most Effective Use of Data
ODEON Cinemas and Yellow Velo – Roll the Film, Let the Data-led Magic Begin

Most Effective Use of Video
The Home Office, OmniGov @ Manning Gottlieb OMD and Venatus Media – #KnifeFree

Most Innovative Campaign
SailGP and Apadmi – The SailGP App

Huge congratulations to all our winners. Stay tuned to the site over the next few days for more details on all the winning campaigns and solutions.