One of the roles the Royal Navy needs to recruit for each year is within the submarine service. It can  consist of up to three months living and working on a submarine at a time, and with few defining traits, it has long made it tricky to identify who among the 16-24 year old target audience is open to becoming a submariner.

The second challenge is to create separation in the mind of the audience between the submariners messaging and the rest of the Navy’s roles, in addition to other military recruitment such as the RAF and the Army, all targeting the 16-24 audience. Added to this, the Navy’s standard banner display and DCO display activity over the previous two years had come out poorly in terms of the main KPI – Cost per Expression of Interest (early stage applications).

To tackle the issue, MG OMD proposed a rich media display campaign using a new (to the Navy) engagement-led format. The agency partnered with Adludio to devise two creative approaches. The first was a prospecting unit to inspire engagement and interest in being a submariner. This targeted 18-24 year olds through demographic overlays and contextual keyword targeting of predominantly sport and tech/gaming topics. Adludio would then retarget those who had engaged with the prospecting unit and serve them a second retargeting creative to reinforce messaging and drive users to the submariners’ website to find out more.

Both creatives were served in-article and shown full-screen as a user scrolled down a page. The prospecting unit prompted the user to ‘Tap & Hold’ to unscramble the text on the screen. Once done, the scrambled text became clear and gradually changed to say “The most secret job in the world is hiring” whilst a short 6-second video was shown with a submarine moving through a scrambled city scene. This was proceeded by “Get recognised qualifications” being shown, followed by “The secret world of the submarine service” with the CTA, “Uncover it Now”.

The retargeting format followed a similar pattern but this time asked users to scrub the redacted text. This then revealed “The most secret job in the world is hiring” and a short 6-second video played. As the video nears its end, the “Uncover it now” call to action is shown, sooner than it was in the prospecting unit, and lingers through to the end frame to drive users to site.

The activity ran for 59 days and delivered in full. The core media KPI was engagement rate, with a benchmark at 15 per cent. The final engagement rate driven was 40 per cent. The video elements saw a 75 per cent completion rate. In addition, the formats drove a final CTR (clicks to site divided by engagements) of 3.9 per cent. Crucially, the campaign delivered a 40 per cent reduction in the CPEOI, with a 5 per cent year-on-year increase in the number of applications. The change in strategy delivered excellent results.

Judges’ View:
“The entry demonstrates a clear understanding of what the Royal Navy were trying to achieve, who they were trying to target for the submarine service and their KPI – Cost Per Expression of Interest. Excellent engagement, dwell time, viewability, clickthrough rate and overall achievement of that key metric. 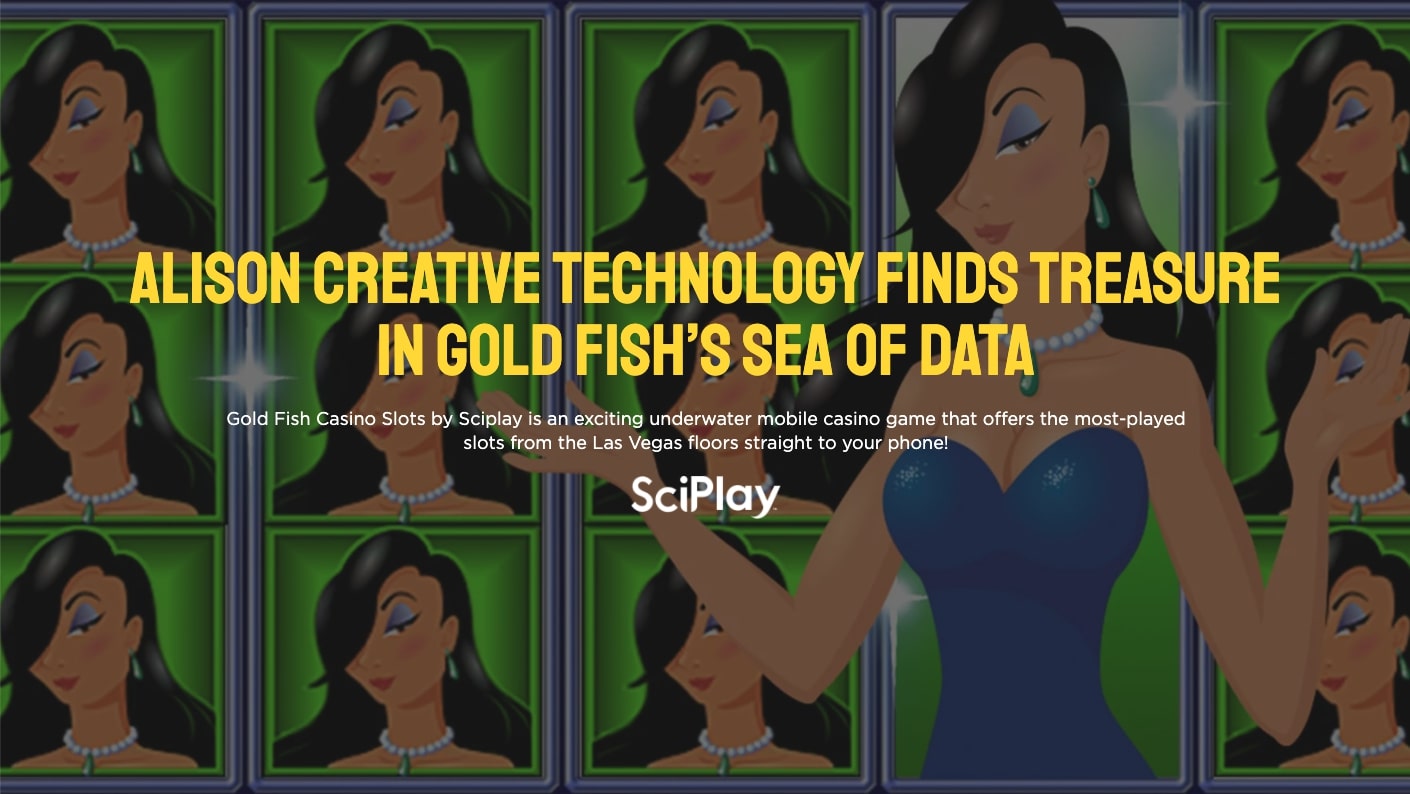 The UA experts at yellowHEAD proposed a solution that unified art and data. The team would leverage Alison, yellowHEAD’s proprietary machine learning platform, to maximize the value of existing creative assets. Alison works by using data derived from proprietary computer vision technology and machine learning algorithms to help marketers understand which colours, music, text and characters drive the greatest campaign performance on platforms like Facebook, Google, and Snapchat. In doing so, it turns what has historically been a strictly human process into one that can be quantified, analyzed, and optimized.

For the Gold Fish campaign, Alison would identify distinct creative elements in use across all the ads, such as characters, animation sequences, and backgrounds. Next, it would translate these elements into discrete data sets based on historical performance. Finally, it would use this data to measure the impact that specific creative elements had on Sciplay’s upper and lower-funnel KPIs, in this case day-7 return on investment (D7 ROI) and average revenue per paying user (ARPPU).

Alison would then translate these data-driven observations into intelligent recommendations to produce the best possible creative. With a clear strategy in place, yellowHEAD’s creative team, yellowSTUDIO, would undertake a creative iteration process, working primarily from existing assets to maximize value.

After scanning existing creatives, Alison recommended a cinemagraph creative, similar to a gif, to capture user attention. It also recommended a specific background – a room theme of “The Jade Monkey” – given its strong historical performance. It also recommended an animation sequence in which casino slot reels spun non-stop in the background. The yellowHEAD team then assembled the new creative into an Android ad campaign and tracked its performance for two months.

Over that period, the new Jade Monkey creative generated more than 100 per cent increases in D7 ROI, ARPPU and first-time deposit conversions. Additionally, Alison then suggested featuring an “Add a win” moment for iOS, which delivered a further 21.5 per cent increase in D7 ROI. A great campaign showing the power of fusing creativity and AI.

Judges’ View:
“The quantification of creative performance is an exceptionally clever yet tricky tactic to deploy, however the team at yellowHEAD seem to have worked in harmony to drive amazing outcomes and value for the brand. Smart technology driving excellent results.” 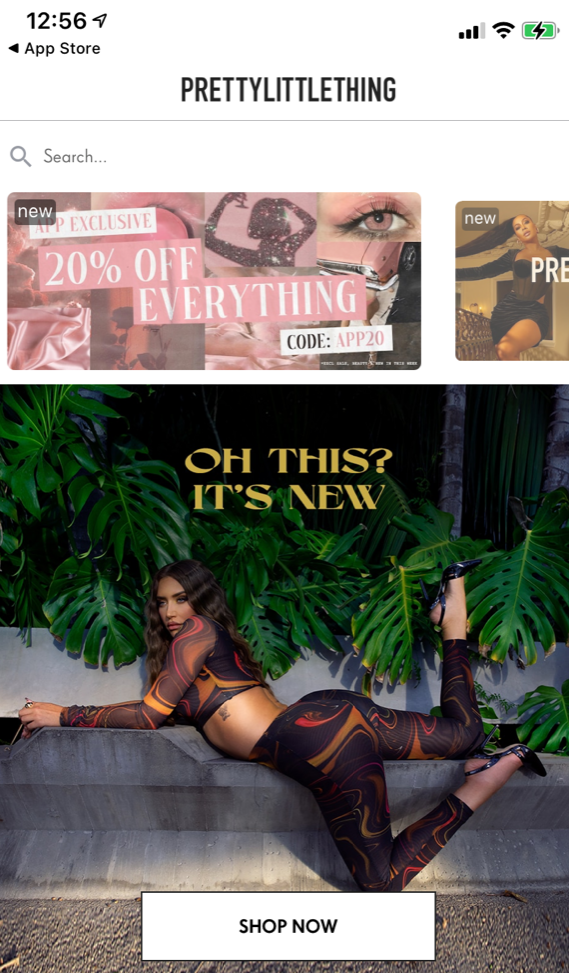 In October 2019 PLT (PrettyLittleThing) were looking to increase their brand awareness and downloads of their app within the App Store. Having never tried App Store marketing before, the retailer handed Redbox a modest test to run between October 2019 and January 2020. During this period, Redbox needed to prove that it could control the budget, and achieve a Cost Per Install (CPI) goal of under £1.

Following the success of this initial test, campaigns restarted from April 2020 in the UK and USA, with France added in October 2020. The key objective was to help grow PLT's Apple Search Ads spend and acquire as many installs as possible. Redbox used Apple Search Ads installs to promote PLT during Black Friday as well as Post Christmas Sales.

For each territory, three campaigns were created: a brand, a competitor and a generic campaign, as well as a dedicated ‘Major Competitors’ campaign for ‘missguided’ and ‘fashion nova’. Redbox was briefed to bid aggressively on these brand keywords, both being the direct competitors of PLT.

Budget allocated to the activity increase month by month, with big increases around Black Friday and post-Christmas to reflect the large increases in search volumes during these periods. Installs also increased significantly, with a huge spike in the week of Black Friday and Cyber Monday, there was a huge spike, with the CPI also remaining within its target.

All campaigns have been successfully delivered against the KPIs requested and as a result Redbox Mobile have gained the client's trust, enabling the brand to bid much more aggressively on major competitors, and to spend more on smaller competitors and generic terms such as ‘clothing apps’. In addition, the gradual increase in spend over the past year has led to maintained, healthy CPIs.

Judges’ View:
“I liked the effective use of competitor benchmarking and the way the agency gained the client’s trust in their methodology so that they were happy to increase the budget.”

Tune in tomorrow when we'll be profiling the winners of the Most Effective Anti-fraud Solution, Messaging and Influencer Campaign categories. You can also see all the winning campaigns on the Awards website.