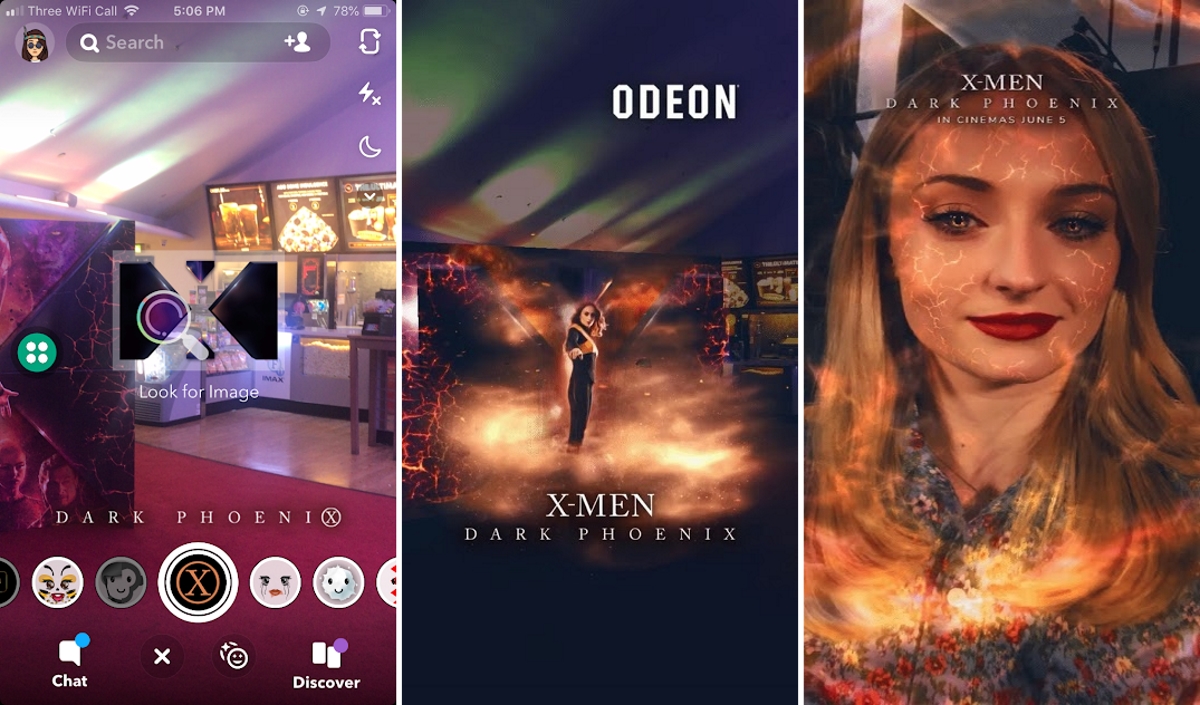 20th Century Fox has teamed up with Odeon Cinemas and Snapchat to promote the release of X-Men: Dark Phoenix.

Using Snapchat’s ‘Marker Tracking’ lens, cinemagoers across Europe will be able to bring X-Men: Dark Phoenix posters and large format standees to life in Odeon cinema foyers. By pointing the camera within Snapchat at the posters and standees, people will see witness Sophie Turner appear as the Dark Phoenix before she spins around multiple times, throwing up debris and smoke, the disappears.

“We have loved working with Snap on this initiative,” said Anya Morris, EMEA digital marketing manager at 20th Century Fox. “We always look for cutting edge, original initiatives and Snap’s ever-evolving lens tech – as well as their enthusiasm and collaboration – make them a perfect partner for this.”

The campaign has launched at several Odeon, UCI, UCI Kinowelt, and Cinesa locations across the UK, Italy, Germany, Norway, Spain, and Ireland. Snapchat has also produced a lens which transforms Snapchatters into the Dark Phoenix, while enabling them to book cinema tickets.

“Odeon Cinemas Group are thrilled to be partnering with our key strategic partner 20th Century Fox and Snapchat on this fantastic piece of in-cinema innovation,” said Tanya Easterman, group head of partnerships at Odeon Cinemas. “Our guests are huge fans of the X-Men franchise and we look forward to seeing them interact with this exclusive content in our cinemas across Europe.”