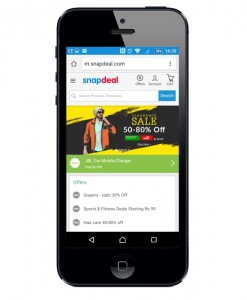 Snapdeal, one of India's largest eCommerce platforms, has raised $200m (£138m) in a new funding round led by the Ontario Teachers' Pension Plan, a large Canadian investment vehicle with over $150bn in assets.

The funding round comes only six months after the company's previous round of investment, which saw Alibaba, SoftBank and Foxconn invest $500m in the second-largest eCommerce site in India.

While the investment hasn't been accompanied by an updated valuation, it does take the total amount invested in Snapdeal up to approximately $1.8bn, compared to the $3.2bn invested in competitor and current market leader Flipkart, which currently boasts Naspers, DST Global and  Tiger Global.

“We see these investments as a continuing endorsement of Snapdeal’s strategy to build India’s most reliable and frictionless commerce ecosystem,” said Anup Vikal, CFO of Snapdeal. “We continue to make targeted investments in building internal and external capabilities that will enable us to consistently deliver optimal experience for the millions of buyers and sellers who transact daily on Snapdeal.”

Snapdeal has huge reach and scope, offering over 12m products to over 5,000 towns and cities in India through more than 150,000 sellers, and reportedly sells 10 mobile phone handsets every minute, along with one laptop every two minutes and a saree every 12 seconds.

eCommerce in India is expected to grow to a $220bn market in terms of goods sold by 2025, according to a report by the Bank of America and Merrill Lynch, up from an expected $11bn this year, and with India having just passed the 1bn mobile subscribers milestone, most of those sales will be taking place via smartphones.