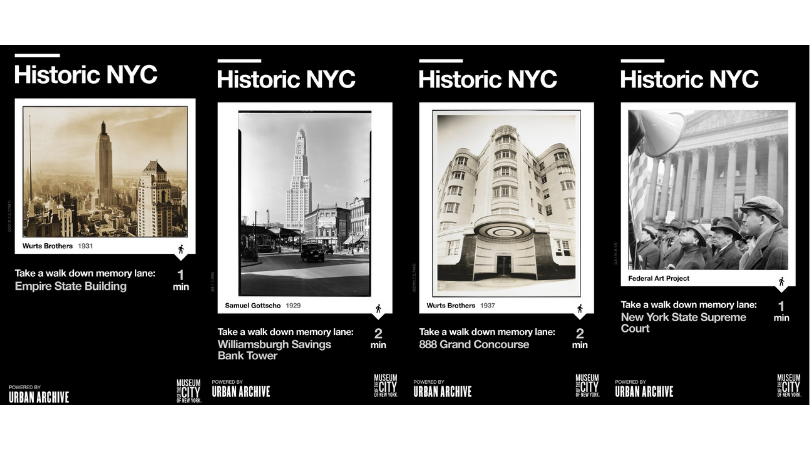 In 2016, technology non-profit Urban Archive was launched in New York City, with the purpose of bringing both locals and tourists a more interactive way of exploring one of the most historic cities in the world, right from their phones. With a small team and some funding, Urban Archive employees created an app that not only mapped out the five boroughs but included historical facts for each significant location. Conveniently, as users of the Urban Archive app travel around the city, they will receive historical notifications about the surrounding buildings without having to open the app.

“We believe that in really democratizing technology and creating tools for people to engage with the city’s archival records and history, people could learn about history in a really contextual way,” explains Sam Addeo, director of community and development, Urban Archive. “It’s information, but what we really try to do is contextualize that, for everyday New Yorkers to be able to experience the city as they’re passing by, learn about the architecture, preservation, history.”

Three years later and the non-profit has accumulated 40 partners, and the Urban Archive app houses around 90,000 mapped photos of New York City, with the oldest dating back to 1890. A large amount of these images come from the collections of the Museum of the City of New York which was on of Urban Archive’s first partners.

As part of this collaboration, Urban Archive wanted to give the Museum the opportunity to digitalize the museums vast collection of objects, which includes around 750,000 items. With the help of Urban Archive’s team, the Museum has digitalized around 200,000 of those items so far. By opening the Urban Archive app while exploring the museum, attendees can receive notifications as they pass specific items, and access audio tours surrounding current exhibitions, straight from the app.

“The value with partnering with Urban Archive, is not only their generosity, their great UX, their ability to create more features and functionality, that they know would be useful to the institutions, but that they really enable us to maximize our content and give not only an online experience but an external experience. I think that’s incredibly valuable,” says Sheryl Victor Levy, VP of marketing and communications, Museum of the City of New York.

New Yorkers can get a taste of a guided history once they step outside, as well. The Museum has added external walking and biking tours for app users to take advantage of once they leave the museum. These tours give anyone the opportunity to find hidden gems around the five boroughs that may have otherwise been missed.

“We know that not only New Yorkers, but a lot of tourists are looking for ‘off the beaten track’ experiences, and so you can find a walking tour of Prospect Heights and Crown Heights in Brooklyn curated by the Museum’s team. We’re not just Manhattan centric by any means. We’re also looking for neighborhoods where we know people would be interested in having an analog experience,” says Levy.

Both Urban Archive and the Museum have also partnered with LinkNYC, which has erected more than 1,800 digital kiosks across all five boroughs. These kiosks feature the Museum’s historical images delivered to the LinkNYC kiosks via the Urban Archive platform, a brief history of each photo and how far away (in feet or miles) they are from the building in the photo. The Museum has also created campaigns for these kiosks, including the daily historical NYC facts entitled ‘On This Day’ which run across the Link network 365 days per year in English, Mandarin and Spanish. 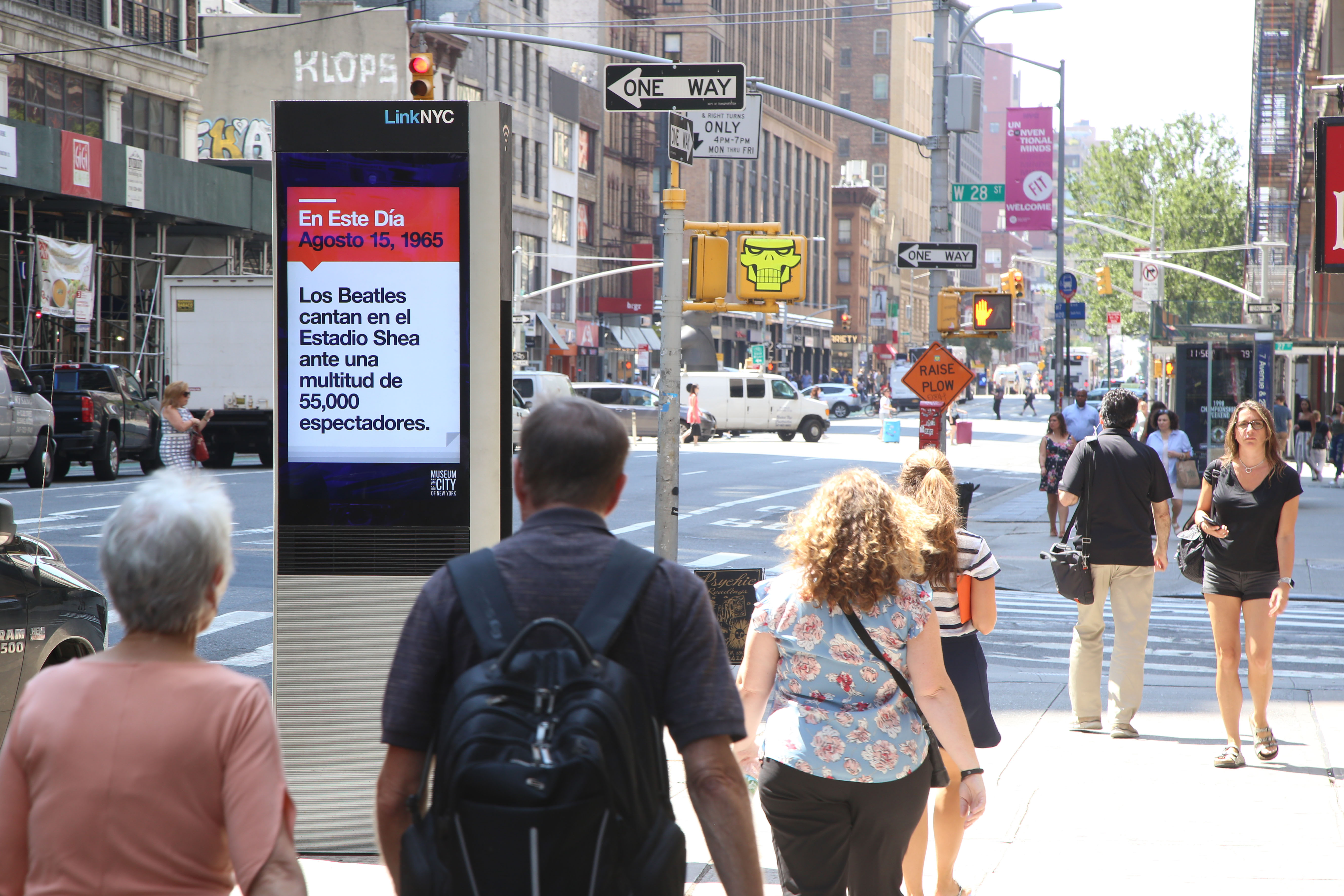 “What’s been really exciting about working with the Museum of the City of New York is the way we can come together to take this overload of information and deliver it to people in way that connects with them in their everyday experiences,” says Addeo. “It’s been a really exciting project to see take shape, and to have support from the community and also simultaneously get feedback about what we could better include.” 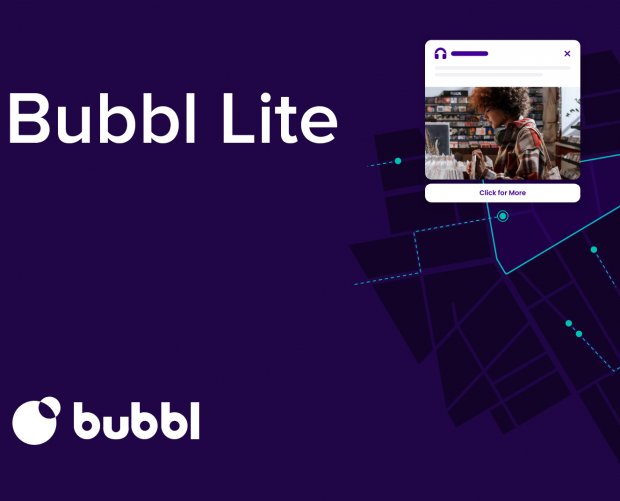