The digital publishing world is constantly changing. Christopher Hendrickson, copywriter and content editor at Marfeel, explores the new impact that Google Chrome Suggestions are having when it comes to reaching consumers with content, and how publishers can take advantage of its power. 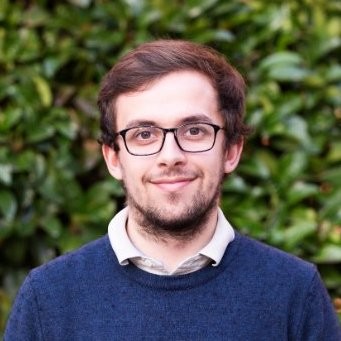 The shift towards digital content consumption has propelled traffic channels such as search engines, AMP, Facebook, Google Newsstand, Flipboard, etc., to prominence. These channels have become the digital evolution of the news stands and magazine racks where publishers had to appear to find readers. Logically, publishers must complement direct traffic with organic and referral traffic to acquire more readers and bring in the money that means they can not only survive, but thrive.

When Progressive Web Apps first emerged a few years ago, many publishers wondered how they might be able to leverage this technology and what the impact might be on their publications. It become clear that the technology represents a fantastic opportunity for publishers: PWAs are light as a feather but still pack native features, and can increase reader engagement by 4x in some cases.

Publishers should always aim to make the most of these new technologies. They will of course find varying degrees of success with traffic sources according to variables like their niche, their target audience, where their users are based, etc. But publishers can increase their chances of success by having more than a mere presence on these platforms; they need to optimize their presence to get as much traffic as possible and take the opportunity to increase ad revenue wherever it is available to them.

And now there is a new challenge for publishers. Google certainly likes to keep us on our toes, and we can see that the Alphabet Giant is now ramping up its latest traffic source: Google Chrome Suggestions. Could this be a big opportunity for publishers?

It appears so. These suggestions are found within the Chrome browser on mobile devices when users open a new tab. With a 52.5 per cent market share of the mobile browsing landscape, Google Chrome dominates the market; this is why its new “Google Chrome Suggestions” feature (reserved exclusively for mobile—for now) was able to grow by 2,100 per cent in 2017.

What do Google Chrome Suggestions mean for you?
You may in fact already be receiving traffic from this source, and you should be sure to track this (when a visitor to your website clicks on one of these links, the referrer will appear as “www.googleapis.com/auth/chrome-content-suggestions”).

Data from ChartBeat demonstrates that traffic from this source grew dramatically throughout 2017 to almost eclipse Twitter as a referral source by the beginning of 2018.

This trend could have a huge impact on the traffic that publishers receive. But onto the million dollar question…

How can publishers get their content featured within Google Chrome Suggestions?
The criteria for being featured within the suggestions are as mysterious as Google’s organic search algorithm.

It should be noted that it appears the feature is still in testing. Chartbeat’s data demonstrates that certain countries and territories demonstrate substantially higher rates of Google Chrome Suggestions traffic.

In its analysis Chartbeat did find, however, that the stories included within the suggestions are strongly biased toward new stories, with over 97 per cent of traffic happening on pages published in the past two days. This means that publications that regularly publish content are more likely to appear within the suggestions.

In terms of the steps that publishers should take, it is hard to say. Publishers should be extra diligent when it comes to correctly implementing structured data, and continue to monitor how this exciting new traffic source affects their traffic. Weekly or monthly reports that monitor this traffic source would be important to keep: if the feature eventually moves to desktop—where Chrome has an even larger 57.4 per cent market share—publishers will want to be as prepared as possible.

Why this feature, and why now?
There may be three key reasons the feature makes sense for Google.

Firstly, Google is using one of its major strengths: leveraging its access to large amounts of data, and its ability to analyze that data to offer relevant content suggestions based upon a user’s interests. By analyzing search trends and user interests across Alphabet platforms (YouTube, for example, which recently announced it has 1.8bn logged in users each month), Google is able to essentially predict user searches and go straight to the delivery of relevant content. This ability provides the basis for the AI-powered redesign of its News platform, announced this week at Google I/O. And by promoting relevant content, Google is driving traffic for publishers—leading us to the second reason Google created this feature.

This feature represents a powerful traffic source for publishers. This is good news for Google too, which stands to benefit from additional ads served. By offering an additional path for users toward publisher content, perhaps the feature can be seen as an attempt from Google to further sweeten its relationship with publishers (elaborating on other recent initiatives such as expanding its ad-blocker-aware soft paywall for publishers).

Thirdly, as the feature grows in prominence, it is a great way to capitalize on the popularity of the mobile Chrome browser and make it even stickier. If the initial performance of the feature so far is anything to go off, it looks as though it has a clear opportunity to become a go-to source of mobile news for some readers. This will, in turn, serve to further cement Google Chrome as the mobile browser of choice.

This column was originally published on Mafeel's blog. Subscribe to Marfeel Digest, the firm's monthly newsletter, to stay up-to-date on developments in this area and elsewhere in the ad tech world.