11.4m UK internet users will use ad blockers this year

20.9 per cent of all UK internet users will use ad blocking software this year, representing a 10.3 per cent growth year-on-year. That’s 11.4m people.

According to eMarketer’s latest forecasts, 89 per cent of the 11.4m people will block ads on desktop or laptop PC, while 33.8 per cent will block ads on smartphones. The overlap representing people that block on multiple devices. 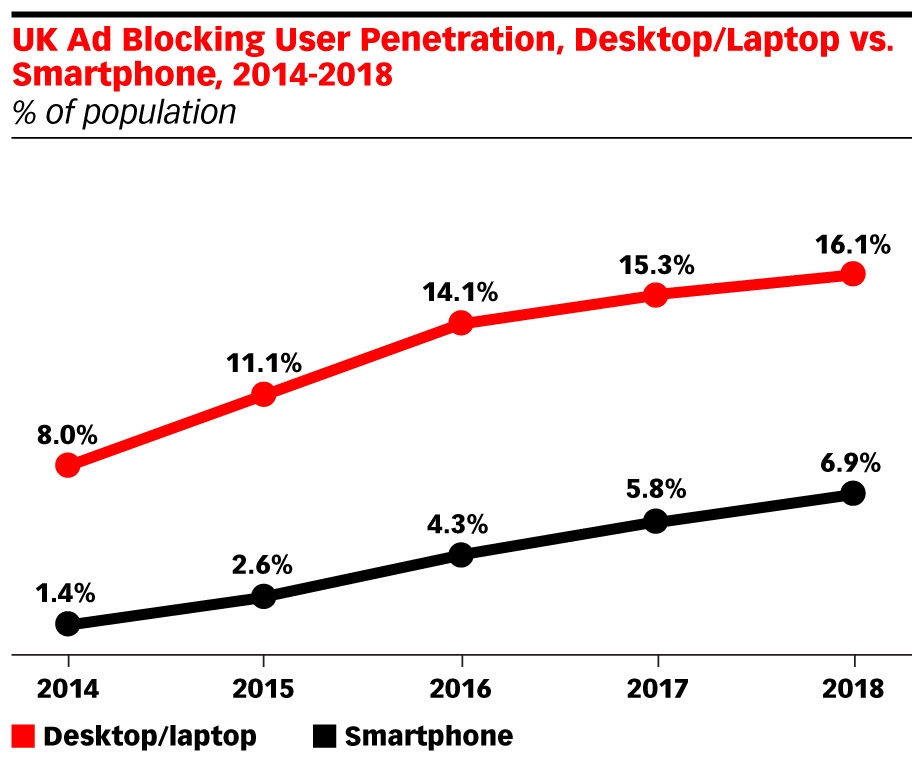 “The rate of growth in ad blocking users still presents a very real problem for advertisers and marketers,” said eMarketer’s senior UK analyst Bill Fisher. “However, the threat hasn’t taken off quite as quickly as we’d originally thought. Some of the publisher responses to the problem have had positive effects, indicating that UK internet users may be persuaded to turn off their ad blocking software if the benefits of ad-supported content can be better communicated and the advertising better delivered.”

"As we emerge from lockdown, there are new problems and challenges to address... Sign up today for our Virtual Mobil… https://t.co/TfLe65VhHD"
18 hours ago
"Payments giant @Mastercard wants to break digital wave record in latest Champions League campaign https://t.co/3yxxlhgF6Z"
18 hours ago
"Google rolls out more coronavirus-related travel tools https://t.co/XNwQ7dtHbn"
21 hours ago