Adblock Plus continues battle with Facebook, as both sides escalate efforts 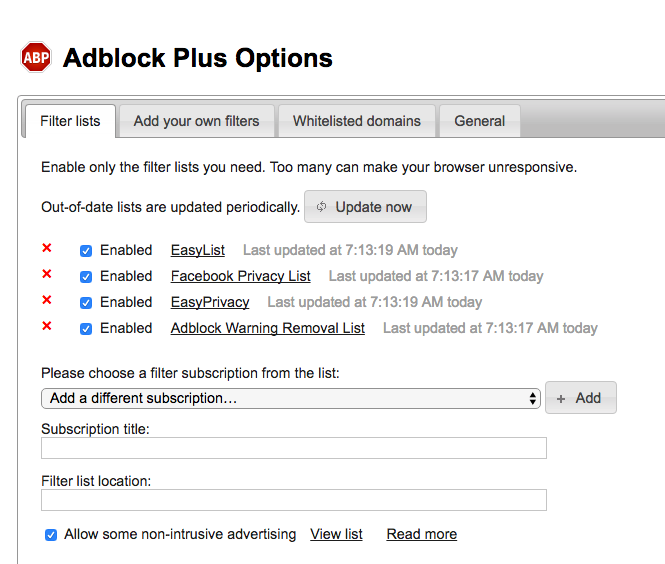 Adblocking service Adblock Plus is continuing its fight against Facebook’s ‘walled garden’ approach to advertising, scaling up its efforts to circumvent the social network’s protection measures after Facebook made attempts to disable the use of adblocking technology on its platform.

Adblock Plus users with the Chrome or Opera browser can now take advantage of a ‘has’ filter which attempts to analyse elements such as Facebook posts in order to better differentiate between user-generated content and adverts, and then provide users with an opportunity to hid the latter.

“Death, taxes, and Facebook serving ads to users who don’t want them… these are three things we can all agree on,” said Ben Williams, communications manager at Adblock Plus. “With 2bn users inside a closed community, Facebook is a true giant. And because it is closed, we admit that they can do anything they want inside that community, including serve ads.

“However, user feedback to Facebook and to ad blockers like us, led us to concur that Facebook users still don’t want to see ads that they haven’t asked to see. This is why both we and our user community have been busy working on a more lasting fix to let ad blockers do what they do.”

Williams admitted that he’s “reasonably sure that Facebook’s IT army will eventually outfox our outfoxing”, but claimed that thanks to the community supporting the efforts of Adblock Plus, the firm will be able to respond more quickly to Facebook’s anti-blocking efforts in the future.

Facebook and Adblock Plus clashed over similar efforts last year, which resulted in Facebook restructuring how ads were coded in its platform, making it harder for third-parties to identify which posts were ads and which were normal user content. Adblock Plus’ new functionality uses community-written open source filters to examine ‘sub-elements’ within Facebook posts.

“We can almost promise our users that Facebook will be back with a fix to our fix,” said Williams. “Still, we felt like it was important to notify you that the fix is there and let you know that Facebook’s offensive against the open source community, including all content-blocker producers, is ongoing. Maybe someday we’ll stop dancing. Maybe not. The good news is that the ultimate eventuality here is Facebook moving to make ads indistinguishable from content. And it’s not likely they’ll go that far.”