Adidas and Nike partner with Bitmojii for World Cup promotion 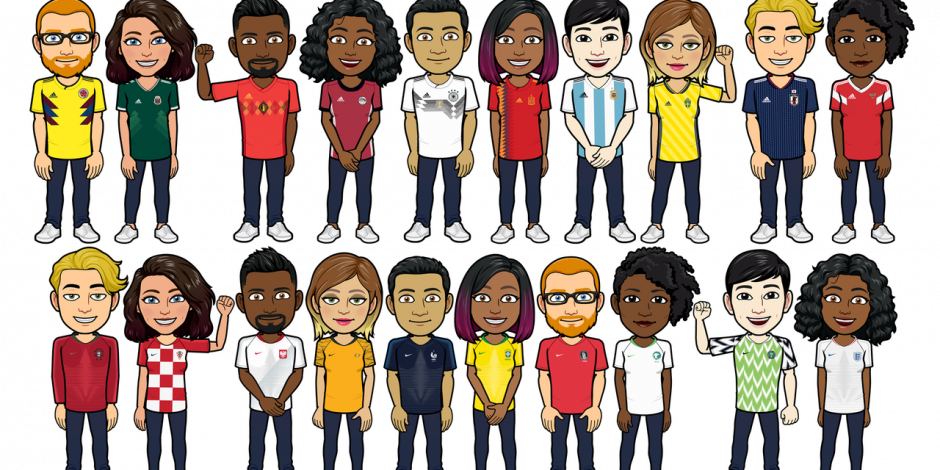 Sportswear brands Adidas and Nike have teamed up with Bitmoji to enable football fans to wear their favourite World Cup kits this summer. Over 20 iconic football strips will be available, including tournament favourites Brazil and current World Cup holders Germany.

The kits, which will be included in Bitmoji's latest update, will enable users to update their cartoon avatar to display their team loyalty in any app that links with Bitmoji, including Snapchat, through the Stickers and 3D Bitmoji AR lenses. Bitmoji can also be used in Google Chrome and Gmail extensions, via Gboard for Android and the Bitmoji keyboard for iOS, and saved and used as an image through the core app.

"Football fans are passionate and creation, and with Bitmoji kits we're giving supporters a new way to show their love of the game," said Jacob Blackstock, creator of Bitmoji. "Fans can choose from hundreds of cartoon images and 3D experiences to express how they are feeling about the World Cup and share this instantly with friends."

Bitmoji was launched in November 2014 by Jacob Blackstock, Shahan Panth, David Kennedy and Dorian Baldwin. The firm was acquired by Snap in summer 2016, and since then has been integrated into Snapchat in a variety of ways.