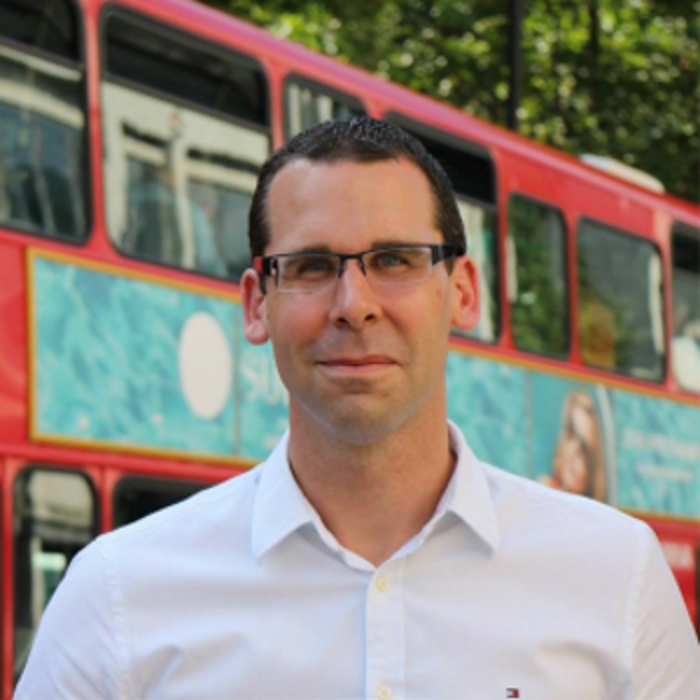 At Adobe’s Experience Forum, it unveiled research showing that brands across Europe are speeding up their investment in artificial intelligence (AI) to deliver more personalised experiences to consumers – with 89 per cent seeing personalisation as a key to success. Despite this, just 31 per cent of brands were found to be currently delivering a level of personalisation that they deem necessary.

These numbers may not be setting the world alight just yet, but David Burnand, director of enterprise marketing EMEA at Adobe, thinks we’re generally moving in the right direction when it comes to AI adoption.

“I think the positive is that a huge number of brands are now testing massively,” says Burnand. “We found that, on average, 47 to 50 per cent of brands are testing each of the use cases we put up – whether that’s anomaly detection, personalisation, content generation – they’re using AI in those different ways. However, on average, just 10 per cent of brands have truly operationalised and we see now that those brands are really deriving the first-mover advantage.”

It’s not just the 10 per cent of brands in Europe that have an advantage, as brands across the globe are also competing to get their personalisation up to a good standard using AI. And “these global brands are moving at a rapid pace,” according to Burnand, meaning that brands in the UK and the rest of Europe have to test, innovate, fail, and learn quicker than they have in the past.

Kingdom of intelligence
A recent report from the Big Innovation Centre and Deep Knowledge Analytics found that UK businesses are well-positioned to become a global leader in AI, placing Britain and Northern Ireland just behind China and the US in terms of progress with the technology.

However, Burnand is uncertain if UK firms will be able to capitalise on the position they’re in, due to the challenges that the nation is faced with.

“Our digital advertising makes up a much greater volume of the overall advertising market in the UK versus other markets. Digital adoption, in general, we tend to be first-movers on a lot of things. What has helped in that respect is that mobile adoption has been much quicker in the UK than in some other markets – even ahead of the US in some respects. That’s definitely helped to drive a very strongly digital culture in the UK,” says Burnand.

“It’s a mixed picture is because in order to capitalise on that it takes brands adopting an innovating culture and doing things differently to how they’ve done in the past – iterating more quickly, learning faster, and then deploying those learnings much faster than some have traditionally done.

“I also say it’s a mixed picture because it’s a challenging environment in retail right now. Brands need to invest but doing that with the backdrop of the current retail environment can be slightly difficult for some brands. But, fundamentally, the opportunity is there. I would say it’s the UK’s game to lose rather than necessarily trying to catch up on.”

Artificial control
Two of the hurdles facing brands looking to implement AI come in the form of ethics and, everybody’s favourite regulation, GDPR.

Earlier this year, we got our first real look at the potential for AI to be developed in an ethical manner within a framework set out by a government.

A group of UK lawmakers in a House of Lords select committee on AI laid out recommendations for the ethical development of AI in the UK, suggesting guidelines being introduced to ensure that technology is built for the benefit of humanity, with intelligibility and fairness, to maintain people’s data rights, to educate, and to not ‘hurt, destroy or deceive human beings’.

Though he agrees with the ethical implementation of AI, Burnand believes that brands are already moving toward making sure they do things the right way – which is needed because legislation takes a long time to put in place.

“I think the best brands are already thinking about being open and transparent about how they’re using AI in order to provide better experiences to their customers. We’re already seeing some moves in that respect. Here, at Adobe, we have a chief privacy officer who tightly governs what we do and don’t do and is always looking at the ethics of how we operate, of how we market, and of how we provide digital experiences,” says Burnand.

“We will have to see how the market evolves and how technology evolves because one of the problems with legislative agendas is that legislation can take a long time to sort out – and technology evolves at a very rapid rate. Ultimately, what will drive this is consumers deciding what they are and aren’t prepared to accept in terms of the usage of their data and the usage of AI to provide services for them.”

Being transparent and open with consumer very much ties in with the post-GDPR world we have found ourselves in for six months now. Its implementation came as somewhat of a wake-up call for brands causing them to pause as they “worked out what was the right thing to do in terms of personalisation,” according to Burnand. Though brands took that step back, consumers, in general, are just happy with receiving a personalised experience, so long as there is transparency.

“For all of us, as consumers, we want personalised experiences, we want convenience – time is of the essence for most consumers these days. And I think, if you’re transparent about how you’re using data and what the trade-off is, then in general consumers recognise that there is a level of convenience that is created it for them as long as data is used in the right way.

“I think consumers are now much more aware of how data is being used in general and, as with all of these things, consumers will decide what they are and aren’t prepared to accept.”

Intelligent application
It’s all well and good that consumers are willing to accept AI using their data to provide a personalised experience, but many brands still need to get the wheels in motion on some sort of strategy.

Despite many brands not yet in a decent position with their AI proposition, Burnand still believes that most will be deploying the technology within the next few years and will continue to transform its capabilities with innovative ideas.

“I think most brands will be deploying AI by the end of 2020, at least in some use cases, but it’s only at that stage that we’ll really see a kick on and we’ll see another wave of innovation,” he says.

“Brands will continue to find new use cases. We don’t know what we don’t know right now. We don’t know how consumers will accept some of these things. If you think back to even three or four years ago, some of the things that are available now were not really imaginable back then – when we were all drowning in data and unable to connect things, we’re now getting much better at it.

“I think what we’ll see is another wave of innovation… Digital transformation isn’t something that finishes. It’s just something where you get through the basics then you learn far more about what consumers want. I think we’ll see more and more waves of uses for AI by 2020.”