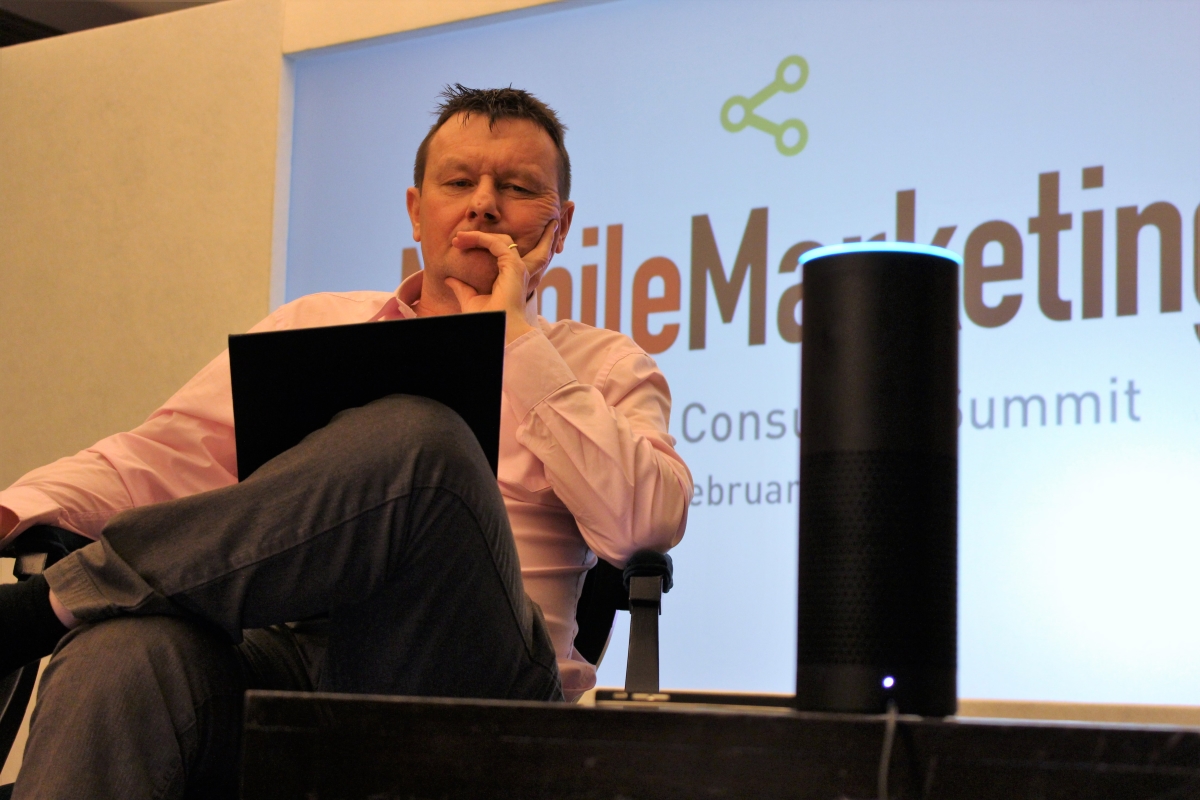 If last month’s CES is any sort of guide, AI and personal assistants are likely to be big news at Mobile World Congress, as Amazon and Google – plus, in all likelihood, some new challengers – do battle for control of the living room.

I’ve been living with the Amazon Echo for just over a month now, so I thought it might be worth sharing my impressions of life with Alexa. First, the basics.

It’s cool – beyond cool, even – to be able to control things with your voice. Take music, for example. Out of the box, Echo is configured to use Amazon Music as its default music library. Amazon is sensible enough to acknowledge that Spotify has some traction, though, so you need only change the default music library setting to Spotify, then say, “Alexa, play Interpol”, and she – you soon get used to calling her ‘she’ rather than ‘it’ – will shuffle Interpol songs. When you’ve heard enough, just say “Alexa, stop” to end the music.

As an aside, the sound quality’s not bad either. A couple of notches below my Sonos Play, but then at 24cm tall by 8cm diameter – about the size of a pack of Pringles – the Echo doesn’t have the volume to shift as much air. Besides, talking to your Sonos speaker will get you nowhere.

Beyond music, what Alexa can do depends on what skills – Alexa’s name for apps – you equip her with. According to Amazon, over 7,000 skills have been published to date, ranging from Uber to JustEat, and from National Rail enquiries to bedtime stories. If you download newspaper skills – the Guardian, Telegraph and Mail are currently available in the UK – you can ask Alexa to give you a ‘flash briefing’ where she will read you the headlines from the latest edition. It’s here that some of her weaknesses become apparent.

Once Alexa tells you what sections she can read, you pick the one you want – News, Sport, etc. – and she gives you the top headlines in that section. She then asks either which story you want to hear from these headlines or, at the end of each headline, asks: “Would you like to hear more about this story?” The intonation of this phrase, however, is slightly odd. The emphasis is placed on the second half of the word and the end of the word is extended so that “story” becomes “storree”, with the emphasis on “ree”.

If you do ask her to read the entire story, she’ll tell you how long it will take before beginning. When it comes to the reading of the story, it’s reasonably easy to follow, although she does come over as slightly robotic at times and words do occasionally run into each other. Once again, intonation is also an issue. With the emphasis routinely put in the wrong place, it just sounds slightly odd.

But if you really want to impress your friends, you’ll want to hook Alexa up with other smart devices around the house, like connected light bulbs or even dumb devices that can be smart-enabled via a connected plug, such as TP-Link’s HS100 Smart Plug. Download the TP-Link Kasa app, then connect anything – a TV, aircon unit, whatever – to this plug adaptor and you can control it simply by talking to Alexa. Neat.

On a more basic level, she can be a little frustrating. Ask her what Donald Trump did before becoming president and she replies: “Sorry, I didn’t understand the question I heard.” She says that a lot actually. Ask her who Donald Trump is, however, and she will tell you he is a businessman, television personality, politician and the 45th President of the United States. You have to be very literal when asking her a search-type question, in a way that you might not have to be when quizzing Google’s rival personal assistant, Google Home.

I suspect if we look back in a few years’ time on the Alexa of today, she will seem quite primitive. But she offers a fascinating glimpse into what the near-future might look like, and when you think of the potential she has to improve the lives of people with visual impairments, you’d have to say Alexa is a force for good. Whatever her failings, my advice for any brand marketer would be to buy one immediately and see what other brands are doing on the platform, because the personal assistant phenomenon is one you can’t afford to ignore.