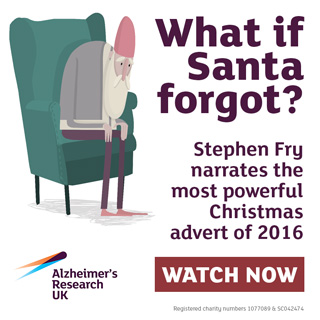 The charity is working with Proxama to reach consumers with its promotional video via their smartphones, through in-app advertising to the Bus Times London or Tube Map apps, triggered when the user comes within range of a beacon.

Bus users with one of the apps installed, for example, will see a contextual notification welcoming them aboard the bus and giving them route details after they have been on the bus for one minute. A couple of seconds later, they will be served the ad promoting the video.

In addition, the campaign is also using Google’s Physical Web platform to promote the video. When an Android user comes within range of one of Proxama’s beacons, so long as they have Bluetooth switched on, they will receive a Google Nearby notification (identified by a small diamond at the top left of the screen). When they click on the notification, it takes them to a branded landing page which leads to a YouTube link to the video.

Proxama CEO John Kennedy said: “The Christmas period sees thousands of brands vying for consumers’ attention. This can create major challenges, particularly for charities that can sometimes struggle to get their voices heard.

“Using proximity marketing methods enabled by our beacon network will help AR UK deliver their content to members of the public at the right time, cutting through the noise. With Alzheimer’s disease and other dementias now the UK’s biggest killer, we know how important awareness-raising can be and are proud to be supporting them with this.”

The campaign, created in collaboration with Exterion Media, Ubiquitous and Primesight, launches this Saturday and runs through to 10 December. It highlights the problems people face when dealing with dementia and aims to point out that anybody, even Santa, can be affected. It focuses on the character of Freya, a young girl who has grown-up in a world where Santa has stopped visiting on Christmas Eve, and her efforts to help find a way to ‘fix’ Saint Nick’s dementia.

The video can be viewed here.