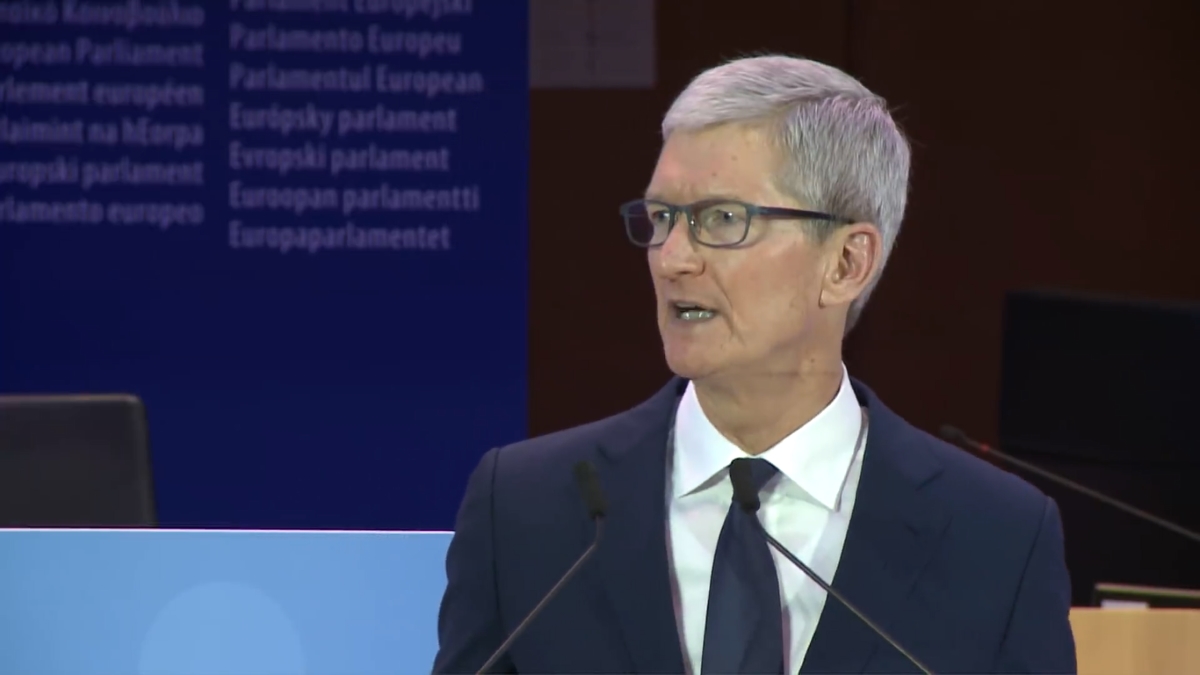 Apple CEO Tim Cook launched a scathing attack on tech companies like Facebook an Google for the way they are ‘weaponising’ data to increase profit.

Speaking in front of European Parliament at the International Conference of Data Protection and Privacy Commissioners, Cook called what is going on “a data industrial complex” and backed the introduction of a federal privacy law in the US, similar to the General Data Protection Regulation (GDPR) implemented in the European Union.

“Our own information, from the everyday to the deeply personal, is being weaponised against us with military efficiency,” said Cook in his keynote speech.

“Every day billions of dollars change hands and countless decisions are made on the basis of our likes and dislikes, our friends and families, our relationships and conversations, our wishes and fears, our hopes and dreams.

“These threads of data, each one harmless enough on its own, are carefully assembled, synthesised, traded, and sold. Taken to its extreme this process creates an enduring digital profile and lets companies know you better than you may know yourself.

“We shouldn't sugarcoat the consequences. This is surveillance. And these stockpiles of personal data serve only to enrich the companies that collect them. This should make us very uncomfortable. It should unsettle us.”

The Apple boss did not mention any companies by name, but Facebook CEO Mark Zuckerberg decided to speak up to defend his company’s ad-based model.

Speaking in a video message streamed at the same conference, Zuckerberg said: “Instead of charging people, we charge advertisers to show ads. People consistently tell us that they want a free service and that if they are going to see ads to get it, then they wants those ads to be relevant.

Cook would follow his impassioned attack on the industry by hailing the implementation of GDPR privacy laws in the EU and urged the rest of the world to follow.

“It is time for the rest of the world, including my home country, to follow suit,” he said. "We at Apple are in full support of a comprehensive federal privacy law in the United States.

“There are many people who would prefer I hadn't said all that," he said. "Some oppose any formal privacy legislation — others will endorse reform in public and then resist and undermine it behind closed doors.”