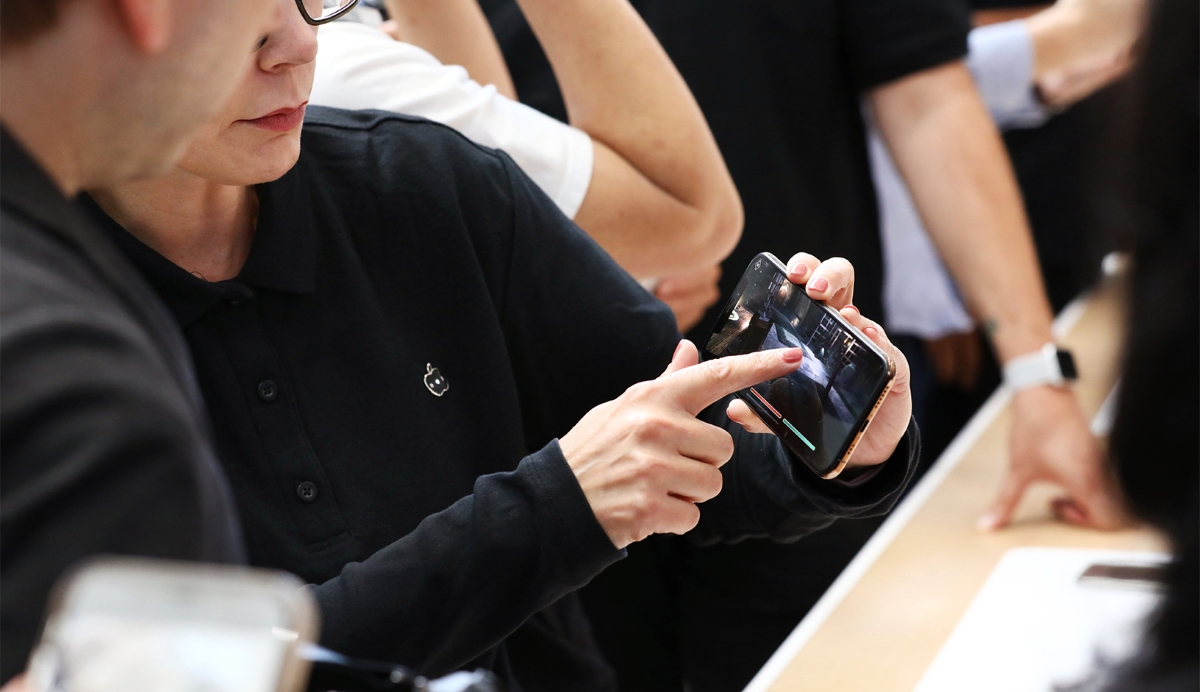 “iPhone XS is packed with next-generation technologies and is a huge step forward for the future of the smartphone. Everything is state of the art including the industry-first 7-nanometer A12 Bionic chip with 8-core Neural Engine, faster Face ID and an advanced dual camera system that shoots Portrait mode photos with Smart HDR and dynamic depth of field,” said Philip Schiller, Apple’s SVP of worldwide marketing. “iPhone XS is not one, but two new iPhone models, and iPhone Xs Max offers the biggest display ever in an iPhone with the biggest battery ever in an iPhone, delivering up to an hour and a half more battery life in your day.”

The iPhone XS and XS Max will be available with 64GB, 256GB and 512GB capacity in space grey, silver, and gold. Prices will start at $999 and $1099 in the US respectively. They will be available pre-order from 14 September and arrive in stores on 21 September in countries including the US, UK, Australia, Canada, China, France, Germany, Japan, Mexico, and more.

Meanwhile, Apple also unveiled the iPhone XR – a lower-cost 6.1-inch version of the iPhone X, which uses an LCD display rather than OLED and aluminium as opposed to stainless steel but retains the A12 Bionic Chip.

The iPhone XR will be available in six different colours unlike its more expensive counterparts – arriving in white, black, blue, yellow, coral, and red. It will be priced at $749 in US, coming in 64GB, 128GB, and 256GB models, and be available to pre-order from 19 October before arriving in stores 26 October in more than 50 countries.

The latest iteration of the Apple Watch, the Series 4, comes with a larger screen while maintaining similar dimensions to past models. The larger screen is joined by improve cellular connectivity, a more powerful processor, and a strong focus on health.

One of the new health-related features is an electrocardiogram (ECG) sensor which is able to measure both the user’s heart rate and rhythm and alert them to if their heart is beating abnormally. In addition, the device’s new accelerometer and gyroscope are able to detect if a user has taken a hard fall and alert the emergency services if they remain immobile for 60 seconds after the device has sent an alert to the user to check their status.