Bauer stepping away from social on World Mental Health Day, and wants you to do the same 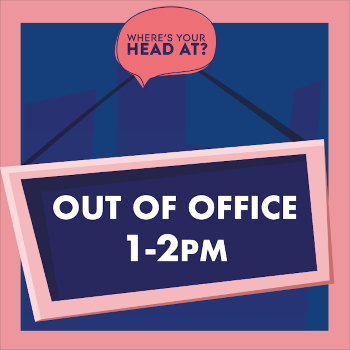 Bauer Media is calling on people to ditch social media for an hour as part of tomorrow’s World Mental Health Day (10 October), encouraging them to seek real human interaction.

The multimedia group's brands including Absolute Radio, Grazia, Heat, Magic, Closer, and Hits Radio are all asking their audiences to join them in a social media blackout from 1pm to 2pm on Thursday 10 October. During the one-hour period, the brands will stop posting or commenting on social media and encourage people to start face-to-face conversations.

It’s all part of the ‘Where’s Your Head At?’ campaign, which was launched in partnership between Bauer Media UK, Mental Health First Air (MHFA) England, and Natasha Devon MBE during Mental Health Awareness Week 2018.

“At Bauer Media, we firmly believe your mental health is as important as your physical health which is why our Where’s Your Head At? mission is so critical,” said Abby Carvosso, group managing director for Bauer Media advertising. “Whilst social media can be a force for good, our audiences are telling us a short social break can have a positive impact on their mental health which is why we’re enacting our first social media blackout from across our brand portfolio.”

The Bauer Media brands will also take part in other activities surrounding World Mental Health Day including a series from Absolute Radio called ‘Time to Listen’. The series, funded by the Audio Content Fund and produced in partnership with TBI Media, will see UK musicians and comedians discuss the songs which have inspired them, the songs they turn to in times of darkness, and the songs that they associate with the best moments of their life.