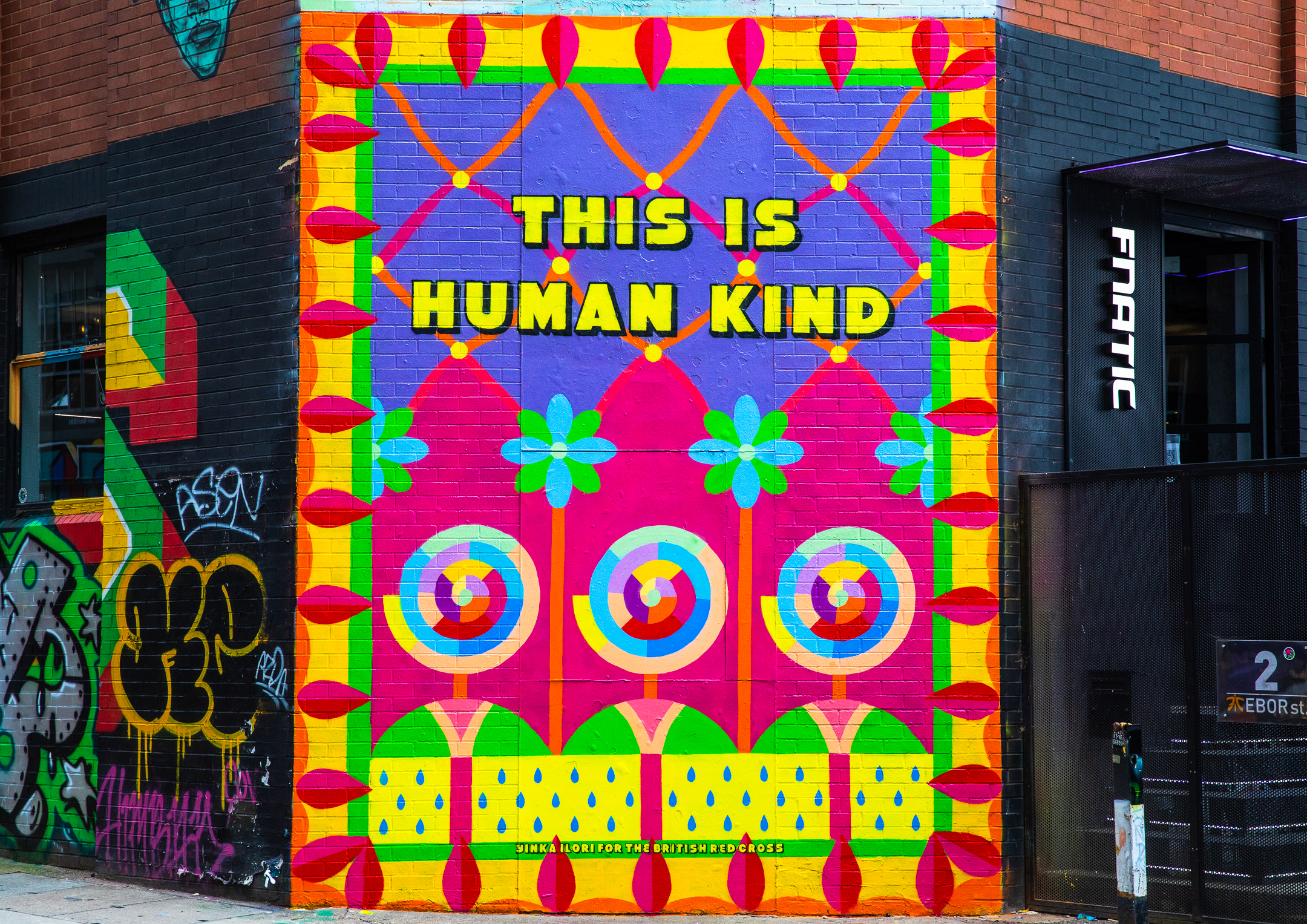 Nationally acclaimed artist, Yinka Ilori MBE has partnered with the British Red Cross to launch the latest collaboration for the charity's 'This Is Human Kind' campaign.

The campaign, run by VCCP London, is the third in a series of high-profile artist collaborations which have taken place throughout the pandemic to celebrate kindness in the community and to raise critical funds for Red Cross services.

At the heart of the campaign is a colourful 15ft mural in East London which is emblematic of Ilori's distinctive style: bold, bright and with a clear nod to his West African heritage.

The London-based artist, who was awarded an MBE for his work in design, recently made headlines as the co-designer behind this year’s Brit Awards trophies and stage.

Alongside the mural, the campaign will run for two weeks across OOH, social, online and eCommerce with prints of the mural available to purchase on the Red Cross website.

“We are delighted to team up with Yinka, who has created this wonderful mural. We’ve seen countless acts of kindness this year - from our volunteers delivering food and medicine to those isolating, being a listening ear on our national coronavirus support line, as well as providing support to those getting their vaccine," said Executive Director of Communications at the British Red Cross, Zoe Abrams.

"Yinka’s work embraces the idea of community spirit and the importance of human connections, which is the cornerstone for how the British Red Cross carries out its work, helping the most vulnerable in our communities.”