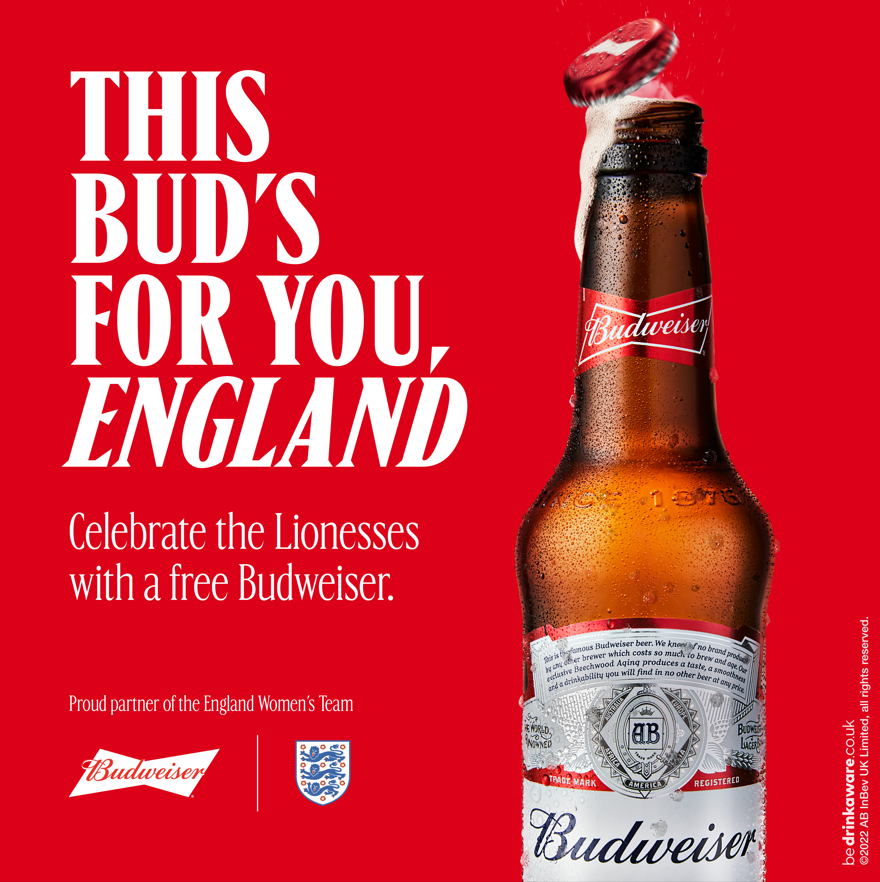 Budweiser, official partner of the England Football team, is giving away up to 150,000 free beers to help celebrate the England women’s team’s success in the Women’s European Championship.

The beer brand is offering a digital coupon, which fans over the age of 18 can redeem against the price of a Budweiser 660ml bottle at participating Tesco stores. The coupons can be redeemed until the end of the week and are proving popular with jubilant fans: up to three coupons per second were being snapped up by fans on Sunday evening after the Lionesses’ victory against Germany.

Consumers can collect their coupon at CelebrateWithBud.co.uk. Enter your phone number to receive a digital coupon by text for a free Budweiser 600ml bottle in participating Tesco stores only. The closing date for the promotion is 7 August, with a maximum of 150,000 digital coupons available to redeem.