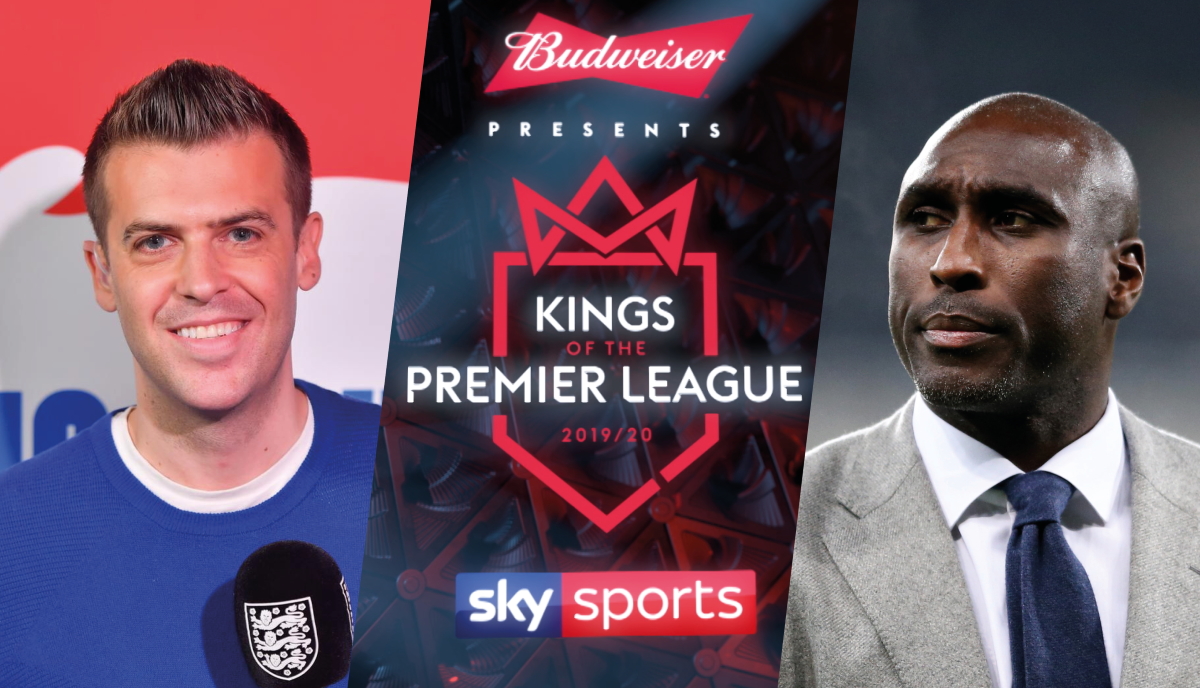 Budweiser is strengthening its existing partnership with the Premier League by teaming with Sky Media to launch a Premier League review show across linear, online video, and social channels.

The Kings of the Premier League show, hosted by Soccer AM presenter Adam Smith, will air on the last Friday of every month at 8pm on Sky Sports Premier League, YouTube, and video on-demand. The 30-minute show welcomes ex-pros, social influencers, and celebrities to analyse player performances. Today’s first show will feature a guest appearance from Sol Campbell.

Budweiser already runs its King of the Match competition – where fans vote via the league’s app on who they thought was the best player following Premier League matches – through its partnership with the Premier League. The beermaker is also the first-ever sponsor of Sky Sports’ Power Rankings, which is a league table of all players updated weekly by analysing more than 30 stats. These rankings will also be discussed on the Kings of the Premier League show.

The campaign, which aims to reach people aged between 18 and 34, will also feature spot advertising across both traditional feed and pub TV feeds, social posts on Sky Sports and Football Daily channels, and video on-demand advertising.