Caffè Nero: “The app is much more about utility than it is about brand content”

This week, UK coffee chain Caffè Nero officially launched its first-ever app. We spoke to head of marketing Marcus Denison-Smith about the thinking behind the launch, how it compares to the competition, and how the brand is hoping to use the app to build better relationships with its customers. 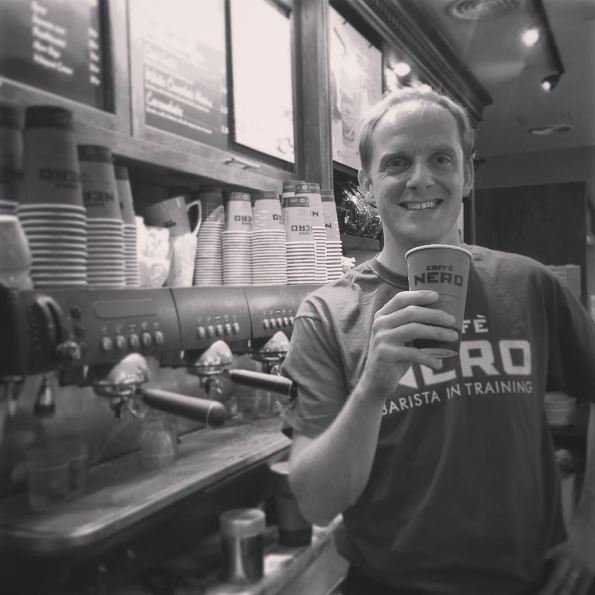 “The start point for us was, we’ve got a really popular loyalty mechanic in our paper card – so we wanted to translate that and replicate it as closely as possible onto our customer’s mobile phones,” Caffè Nero's Denison-Smith tells Mobile Marketing.

This last part is something Denison-Smith stresses repeatedly, saying the brand wanted to make it “absolutely seamless from the customer point of view between what you get in-store and on your phone”. That extends to enabling customers to take a half-filled card, give it to a member of staff, and translate their current stamps onto the app.

The other part of the app’s core functionality is payment – but if users aren’t comfortable making payments on their phone, they can still pay with cash or on a card and collect stamps on their phone. Denison-Smith says “we like to think of ourselves as being ‘payment agnostic’,” which gives them a point of differentiation from the competition.

The app for ‘our big green competitor’, as Denison-Smith puts it, requires users to top up their in-app balance if they want to collect loyalty points, while the app for its ‘major red competitor’ doesn’t let customers use a credit card.

Payments and loyalty are both powered by the YoYo Wallet platform. The customer is presented with a dynamic QR code – meaning it constantly changes, so that users can’t simply take a screenshot and use it repeatedly – which can be read by a scanner in-store.

“The whole thing about our app is, you walk into store, you make your order, you pay with the app, it’s just one scan and the payment and the loyalty happens seamlessly,” he says. “It’s really important for us because it helps to make that process a lot more frictionless and quick. It helps the customer and it actually helps our store teams.

“With a paper loyalty card, you’ve got to take it from the customer and physically stamp it, and if you’re processing a fully stamped card then you have to take that card, attach the receipt, put it in the till… it’s a much more involved process. The app really helps to speed us transactions, and in QSR (Quick Service Restaurants) time is of the essence, every second counts.”

Keeping it simple
“We wanted to keep the launch functionality really focused on loyalty and payments, plus store locator functionality, because there are lots of other channels – social, our website, as well as the in-store experience – that can bring our products and our store estate to life in a much more meaningful way than we can with the app,” says Denison-Smith. “The app is much more about utility than it is about brand content.”

Going forward, though, the app's functionality is set to expand – without changing this focus on utility too much.

“You hear of very loyal customers who fill up their stamp cards and then give it as a gift to somebody else,” says Denison-Smith. “We want to replicate that behaviour in the app, so later this year you’ll be able to donate your rewards to a friend. And that can then become a very powerful advocacy tool for us.”

Another avenue Caffè Nero is exploring is a feedback mechanism, expanding on its current method of in-store posters and surveys.

“We’re not launching with this, but down the line we see an almost Uber-style five-star rating of your experience,” says Denison-Smith. “That becomes a powerful tool because we can track the rating back to that transaction, that till, and the barista who served them. In terms of incentivising our operational customer service standards, the app could serve a really important role there too. 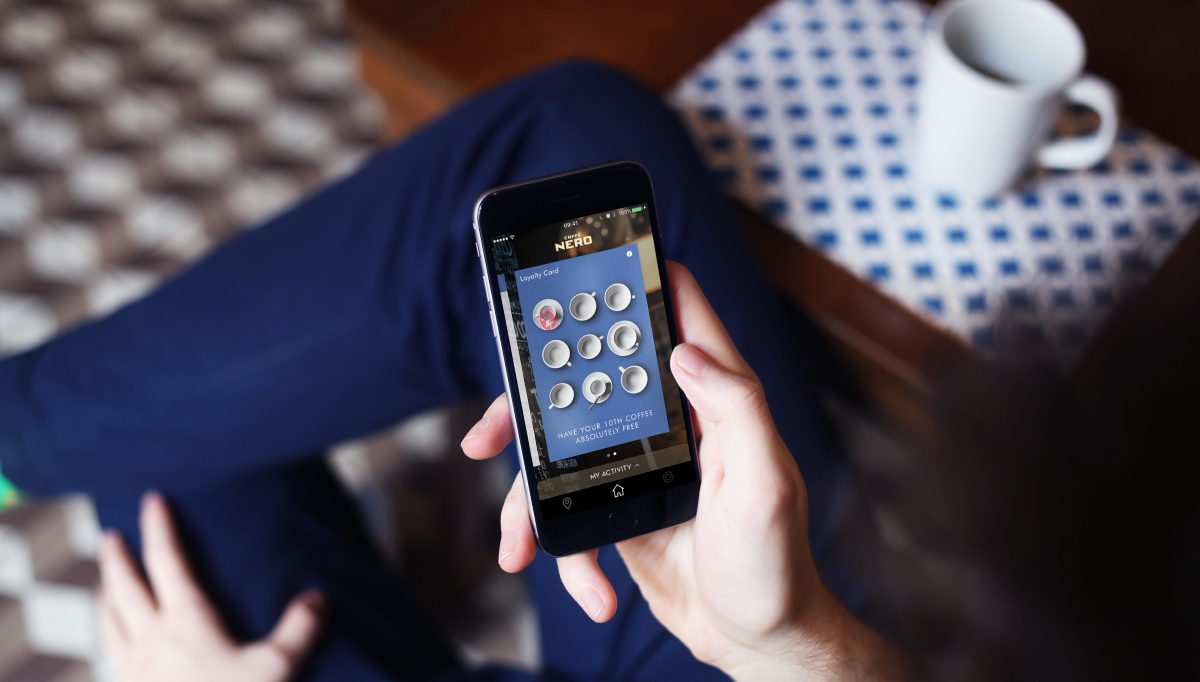 Making a connection
The big advantage of moving any loyalty scheme to digital, of course, is the amount of user data it enables brands to tap into – and Caffè Nero is no exception.

“Clearly, from a marketing point of view, one of the weaknesses of the current paper card is that our customers are fairly anonymous,” Denison-Smith says.

The manner of loyalty scheme that the chain currently uses – individual stamp cards that are discarded once full – means it has no way of tracking customer behaviour.

“There’s no connection at all,” admits Denison-Smith. “Apart from some strong relationships between customers and baristas, where they will know a customer really well – that was the only continuity that we had previously. Now we’ll be able to see someone who has completed 50 cards in a year, and have much more meaningful relationships with customers as a result.

“For the first time we’ll be able to look at people who are coming in every day and buying a coffee but who have never bought a food product. How can we use that data to communicate these products, and maybe incentivise a purchase through currency in the app?”

The main ways it will be capitalising are through marketing emails – Caffè Nero has a 4m-strong database, which it will be able to connect to in-app registrations – and through push notifications from the app itself.

All of which is undoubtedly great for the brand and its marketing team – but what about its customers? Isn’t there a chance they will be creeped out by all this data that their coffee shop of choice is suddenly collecting on them?

“We’re acutely aware of that sensitivity. We need to be very careful that we’re not saying to someone, we saw you popped in at 11:30 today,” says Denison-Smith. “The trick is not to be too explicit about what you know. The fact that we might use the fact that a customer has never bought a panini to we target them with that product, we don’t have to say to them ‘we know you’ve never bought a panini, come in and try one’, we can just say ‘have you seen our new range of paninis’.