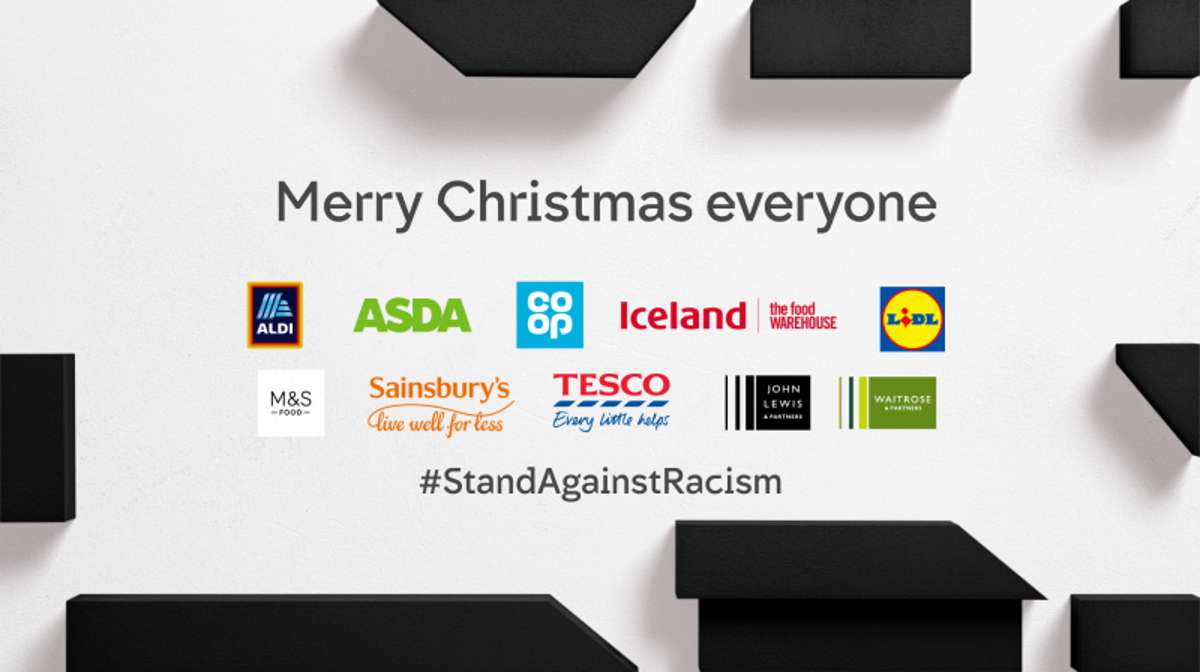 For the first time ever, all of the UK’s major supermarkets are coming together to stand up to racism after a recently launched Sainsbury’s Christmas ad, featuring a Black family, received offensive and racist comments on social media.

Aldi, Asda, Co-op, Iceland, Lidl, M&S, Sainsbury’s, Tesco, and Waitrose & Partners have teamed up with Channel 4 to unite against hate. On Friday 27 November, all the supermarkets will air ads one after the other across two ad breaks on Channel 4, each carrying the hashtag #StandAgainstRacism.

“As an anti-racist organisation, we are incredibly proud to stand together with Sainsbury’s and our retail partners against racism, using our national platform to call out the unacceptable reaction to Sainsbury’s Christmas advert,” said Verica Djurdjevic, Chief Revenue Officer at Channel 4.

The ad break takeovers will begin with bespoke introductions from Channel 4 explaining why the broadcaster has joined forces with the retailers to take a stand. The ads will occur at around 8:15pm during Bake Off: An Extra Slice and at 10:15pm during The Last Leg – both breaks will feature the 60-second version of Sainsbury’s’ ‘Gravy Song’ ad.

The supermarkets will also make their stand on social media, where the ad breaks will be published at the same time as the TV activity is broadcast on Friday evening.

“We strive to be an inclusive retailer and we’re proud to unite with our industry colleagues to stand up against racism,” said Rachel Eyre, Head of Brand Communications and Creative at Sainsbury’s. “We’re passionate about reflecting modern Britain and celebrating the diversity of the communities we serve, from our advertising to the products we sell. Sainsbury’s is for everyone and we are committed to playing our part in helping to build an equal society, free of racial bias and injustice. With collective action, together we can drive change.”