Cineworld launches TikTok campaign encouraging cinemagoers to get their phones out 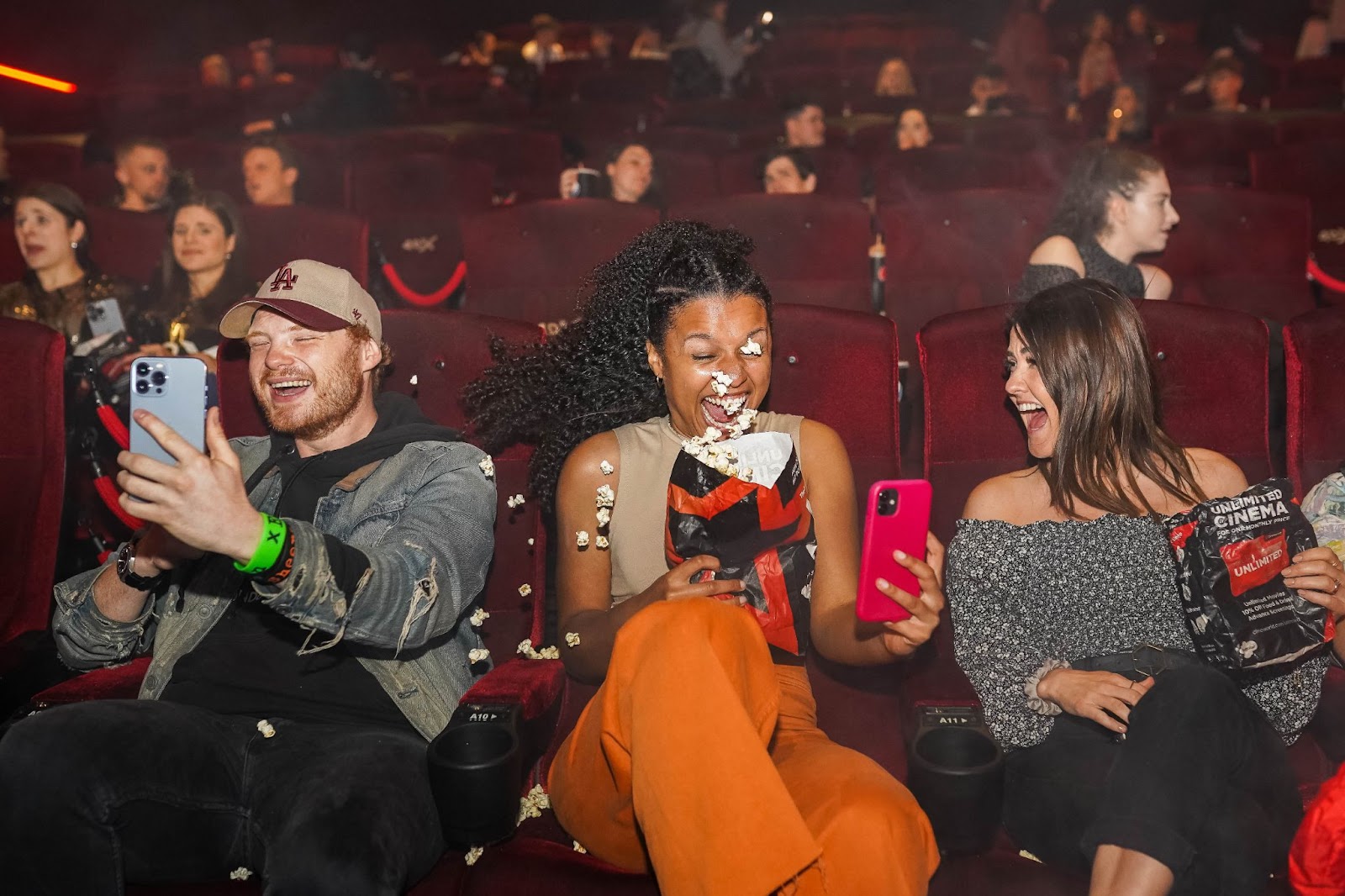 Cinema chain, Cineworld, has launched a campaign encouraging visitors to its 4DX screenings to get their phones out and create content for TikTok during a pre-film experience.

The 4DX screenings feature 20 effects, including motion, wind, water, fog, lightning and snow. They launched in 2015 and are now available in 35 Cineworld locations around the UK and Ireland. The new pre-film experience running in all 4DX screenings features a direct call to action to create content on your mobile and share on TikTok using the hashtag #experience4DX.

The campaign launched with a “Creator Day” where over 100 TikTok creators were given an exclusive demo of 4DX with trailers of films including Top Gun: Maverick, Jurassic World Dominion and Thor: Love and Thunder. Those testing the experience included George and Joe Baggs of Gogglebox, whose TikTok post has generated over 35 million views organically through the platform.

The exclusive on-screen spot also doubles up as a Public Service Announcement ad, asking audiences once they’ve captured content to “put away your phones and enjoy how it’s done on the big screen”.

The campaign is the latest part of a successful year for Cineworld on TikTok. Social Media Executive, Olivia Ter-Berg said “The first video we posted on the Cineworld channel gained 2.4m views, which was beyond our wildest expectations. Our team members at cinemas across the country have loved starring in our videos and now we’re giving our cinema visitors a chance to create their own great content in 4DX as well!”