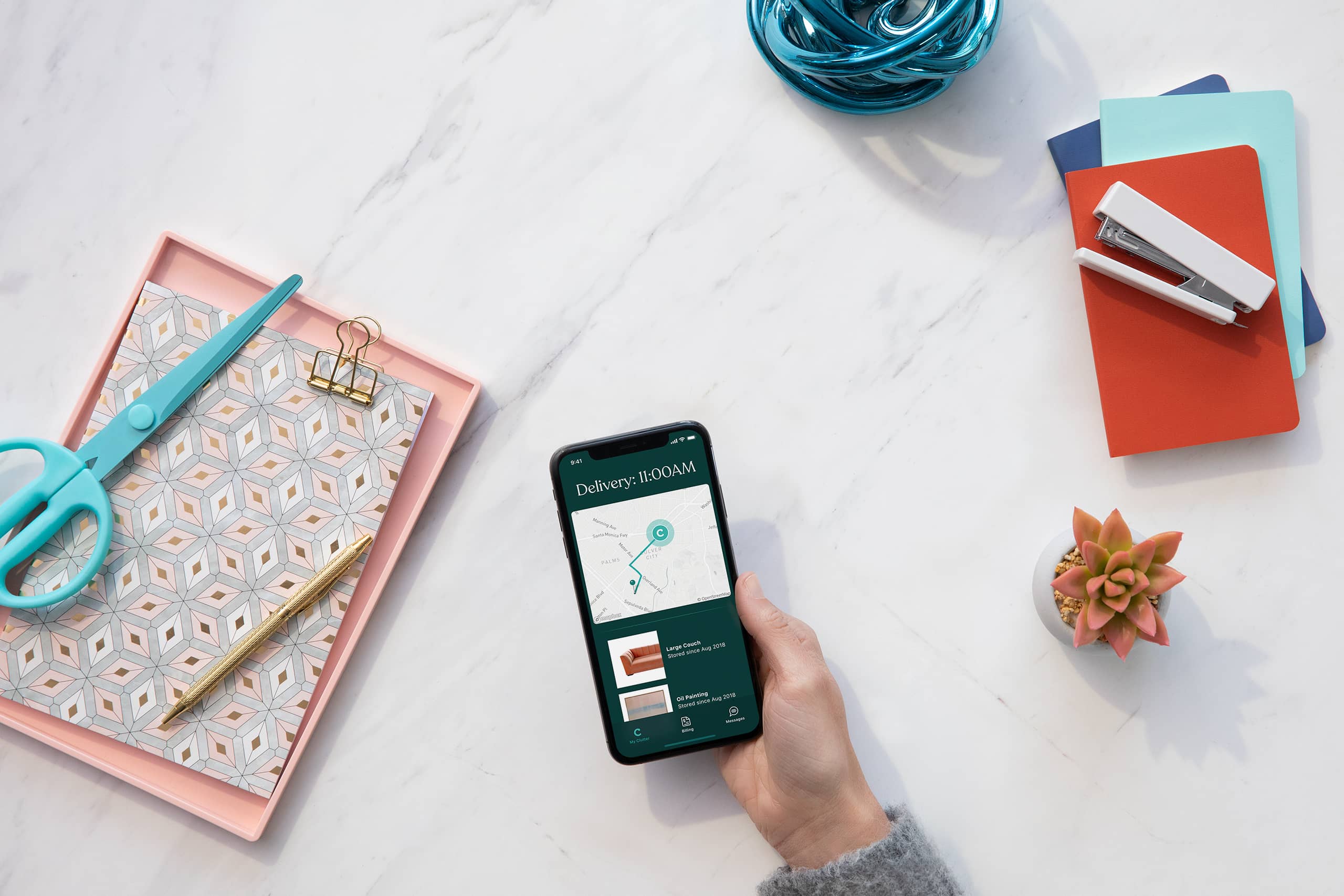 California-based tech-enabled storage company Clutter has raised $200m in a Series D funding found led by SoftBank Vision Fund, with other investors including Sequoia, Atomico, GV, Fifth Wall and Four Rivers. As part of the significant investment, Justin Wilson of SoftBank Investment Advisers will join Clutter’s board.
The four-year-old company plans to use the funding to expand into new markets including Philadelphia, Portland, and Sacramento. Clutter will also invest more money into its existing larger markets such as New York, San Francisco, Los Angeles, and Chicago. The company’s short-term goal is to operate in America’s 50 largest cities, and then eventually expand internationally.
For a monthly cost, Clutter customers can request pick-up & delivery, a storage unit, packing help, packing materials, and an online photo inventory. The company’s app allows customers to control almost all aspects of the moving process from their phone. Clutter has now raised a total funding amount of $297m and operates more than 1.7m square feet of storage warehouses.
“Before Clutter, the storage customer experience had been largely unchanged since the first self-storage facility opened in the 1960’s. To store their stuff, consumers' only option was to bear the burden of moving their items in and out of storage themselves,” said Clutter co-founder and CEO Ari Mir. “If people don’t want to leave the house to pick up Chinese food, why would they want to spend their Saturday renting a truck and lugging their stuff to storage?”
“We believe that storage is a vast and traditional market with huge potential for disruption, and Clutter’s technology and superior customer proposition will help facilitate future growth in expanding urban communities where space is at a premium,” said Justin Wilson, director at SoftBank Investment Advisers. “Clutter is using technology to help people conveniently store and access their possessions on demand. We are excited to partner with Ari and his team to support the next phase of their growth into new domestic and international markets.”
“Now, we are capitalized to lead the creation of new infrastructure across the moving and storage space,” said Mir. “SoftBank’s investment is the ultimate vote of confidence. This puts us in a position to continue to lead the on-demand storage space and challenge the self-storage incumbents head on.”