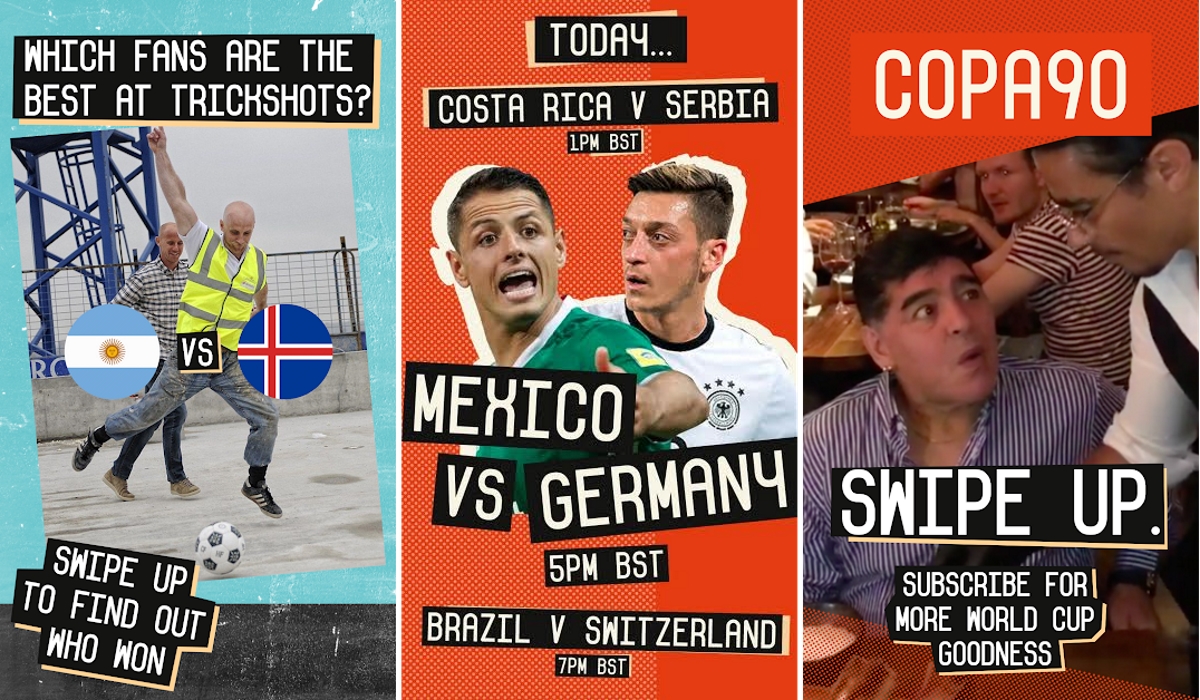 Football media business Copa90, most famous for its YouTube channel which boasts more than 1.5m subscribers, is partnering with Snapchat to provide an alternative look at the upcoming World Cup via the Discover section.

Starting 2 June – 12 days before the start of the World Cup – and ending the day after the World Cup Final on 16 July, Copa90 will produce 45 daily editions of Publisher Stories. These magazine-like pieces of content will come in the form of video, text, artwork, motion graphics and more.

“Updated throughout the day, every day, this is a living, breathing, only-for-mobile adrenaline shot for the Snapchat generation that epitomises the style and approach of football content younger fans especially want to engage with, share and create,” said James Kirkham, head of Copa90.

“Increasingly, modern football fans are consuming football content and having their football conversations away from traditional platforms where that conversation feels more genuine and authentic – and an antidote to the shift towards algorithmic control in other aspects of their daily life.”

Each of Copa90’s Publisher Stories will be produced in English, French, Arabic, German, and Spanish, and will be available to Snapchatters all over the globe outside of the US.

“We’re delighted to be working with Copa90 to offer Snapchatters their unique take on the beautiful game and the World Cup this summer,” said Ben Schwerin, VP of partnerships at Snap. “With Copa90 we want to make being a football fan more fun, no matter where you are.”