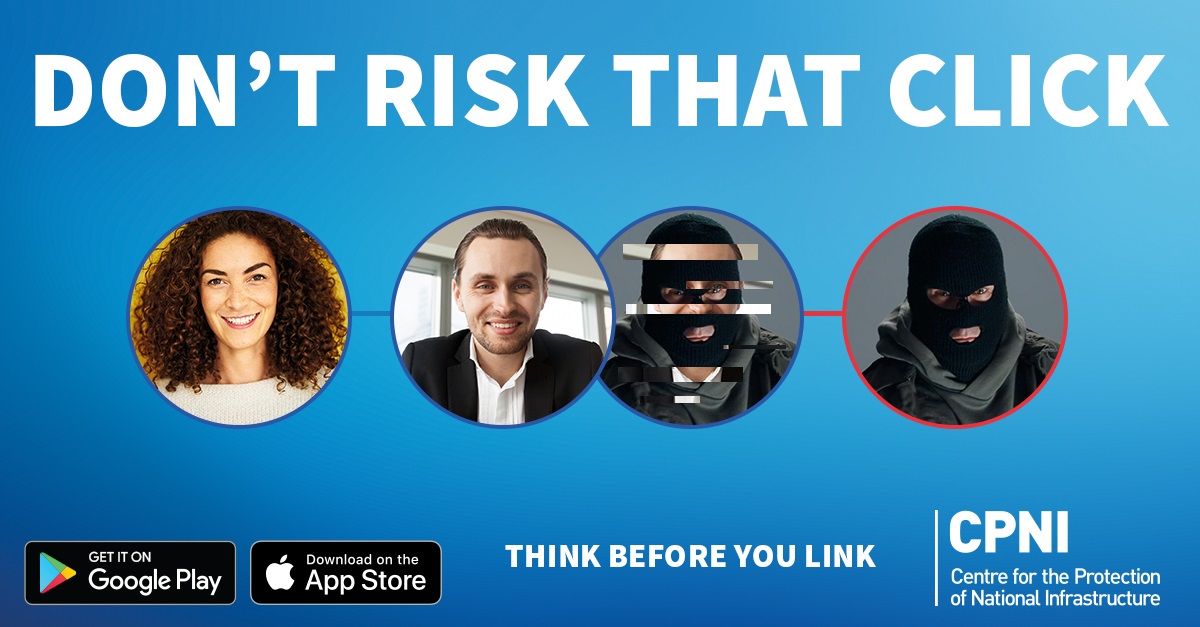 The Centre for the Protection of National Infrastructure (CPNI), the arm of UK intelligence agency MI5 which advises government and business on protective security, has launched an app designed to alert online workers to the threat of malicious targeting.

The app is being promoted with a social media campaign created by communications agency AML Group. It is aimed at everyone who uses social and professional networking sites, and particularly those that work across a number of industry sectors including Government, defence, science and technology.

As well as encouraging app downloads, the campaign reinforces the ongoing need for vigilance, reminding those most at risk that other people on social media aren’t always who they say they are with the campaign line ‘Think Before You Link’.

The campaign includes animated GIFs, video and static ads and will run on key social media platforms including LinkedIn and