Deezer Streams into US, Seven Years After First Launch 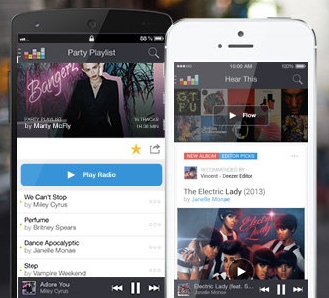 Deezer, which first launched in France in 2009, has finally brought its music streaming service in the US.

It's the first time Deezer's apps and website have been open to everyone in US, filling a major gap in the 180-strong list of countries where the streaming service is available.

Deezer has been available in the US in a few limited cases, though, through partnerships with speaker companies Sonos and Bose, as well as MNO Cricket.

Interestingly, Deezer is taking a different approach to this new market, removing the free ad-supported option it offers elsewhere and limiting US users to a $9.99 monthly subscription.

According to TechCrunch, the service is launching without any executive staff on the ground in the US, after the departure of previous US CEO Tyler Goldman earlier this year, though a replacement is expected to start in the coming months.

"[email protected] campaign uses scented OOH, day part and weather triggers to drive bookings. https://t.co/rPI7rJnO0E"
14 hours ago
"We've gone global! Sign up today to attend 2020 Mobile Marketing Masterclasses or get in touch to become a partner… https://t.co/PnUYzvzSTT"
15 hours ago
""Customer obsession is not just a buzzword for us, we take it seriously!" says @rajrambhia Director, CS (IN). Watch… https://t.co/fPBOJXXXrh"
16 hours ago