Niklas Bakos, Co-founder and CEO of Adverty, discusses the opportunity that is presented by the world of eSports even beyond lockdown 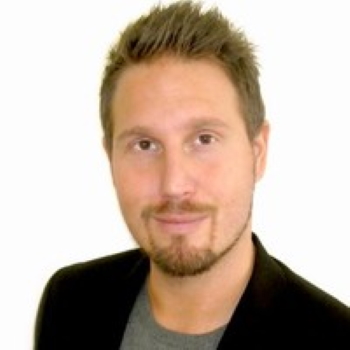 Even if it wasn’t good for much else, lockdown was always likely to be a fertile time for competitive gaming – known as eSports – as stadiums fell silent and the world looked online in search of engaging sporting entertainment.

And so it proved. Twitch, the Amazon-owned platform mainly dedicated to live streams of gaming tournaments, served 5bn hours’ worth of viewing in Q2 – a 2,662 per cent increase year-on-year – while footballers and pro gamers played high-profile FIFA 20 tournaments and virtual versions of the Grand National, Nascar and Formula 1 stood in for the real thing.

With the world on pause, eSports enjoyed a tailor-made moment in the sun – albeit without the raucous arena events that have helped to drive the sector’s remarkable growth – and emerged from this strange interlude with more mainstream interest and the close attention of numerous excitement-hungry brands.

That process has, in fact, been a steady one in recent years. Marketers, once sceptical, are now fascinated, as they process the fact that eSports commands a global audience of 453.8m – most of them hard-to-catch 18-to-34-year-old young men, many of them affluent - and is on course to generate $1.8bn a year in sponsorship and other revenues by 2022.

Mainstream brands – known as non-endemic brands, in contrast to the endemic kind that market gaming-related products – are in demand as sponsors of leagues, tournaments, teams and players, with McDonald’s, Mastercard, Mercedes-Benz, BMW, Adidas, Vodafone and Red Bull among their number. But naivety and cluelessness are not tolerated by eSports fans. Brands need to know where they are and what they are doing there. For those just arriving at the party now, lured by eSports’ increasingly mainstream profile and the current lack of outdoor opportunities, here are some tips.

This is sport, but not as you know it
It would be a mistake to imagine that eSports are simply some sort of rainy-day alternative to the offline kind. For one thing, in spite of increasing interest in eSports from the sporting world – and vice versa, with Twitch recently acquiring some European football, NWSL, NHL and UFC matches –  the comparison is not a perfect one. In practice, the most popular esports are first-person shooting or fighting games, practised by skilled professional and amateur players and watched by legions of adoring fans.

eSports is a universe of its own
The transparent aim in eSports is to build leagues in the vein of their traditional sporting equivalents, and there are more than 40 of significance, including blockbuster ones for games such as League of Legends, Fortnite, Overwatch and Counter-Strike. In practice, the category of eSports is as diverse, complex and distinct as sport itself, with stables of teams, pro players, independent gamers, stories, passion, global variety, numerous audiences and strict cultural rules. Remember, also, that eSports is about watching, not playing, so mobile is a key channel for esports audiences.

These are tough crowds
eSports fans are growing up, but they are resistant to opportunistic brands and fiercely protective of their culture. Blunders and unwelcome brand overtures stand out a mile, and brands that treat esports as a convenient pandemic-friendly media buy or an easy route to young male eyeballs will fail to impress.

There are many ways in
eSports are consumed in different ways across numerous channels, from Twitch to YouTube to Reddit and Discord. Brands can advertise broadly across eSports through familiar channels, but those seeking to make a genuine and authentic connection are more likely to find it in more bespoke settings, such as player, team or tournament sponsorships. Brands need to find the right eSport – and audience – for them. In many games, in-game advertising is also becoming established. This summer, Riot Games’ League of Legends has added ‘Summoner's Rift Arena Banners’, allowing brands to advertise regionally or locally on heraldic military standards on the fringes of the game. Adverty serves seamless in-game ads in realistic outdoor locations in the popular mobile eSports first-person shooter Critical Ops - a game with over 80m installs worldwide.

Benefit the space, not just the brand
Brands have a golden opportunity to enhance the maturing esports space, and prove their commitment, by creating content around gamers, streamers, teams and events. Brands that offer real value to fans, rather than simply promoting themselves, may be surprised at the acceptance they find in this outwardly daunting space.

eSports are here to stay
In the long term, the key reason not to regard eSports as simply an alternative to suspended sporting opportunities is its sheer potential. Its metrics may be evolving, its properties, audiences and brand opportunities likewise, but while eSports may only now be emerging into adult consciousness, its growth and hold on audiences are enough to make traditional sporting businesses distinctly nervous. Smart brands should start building their equity now.