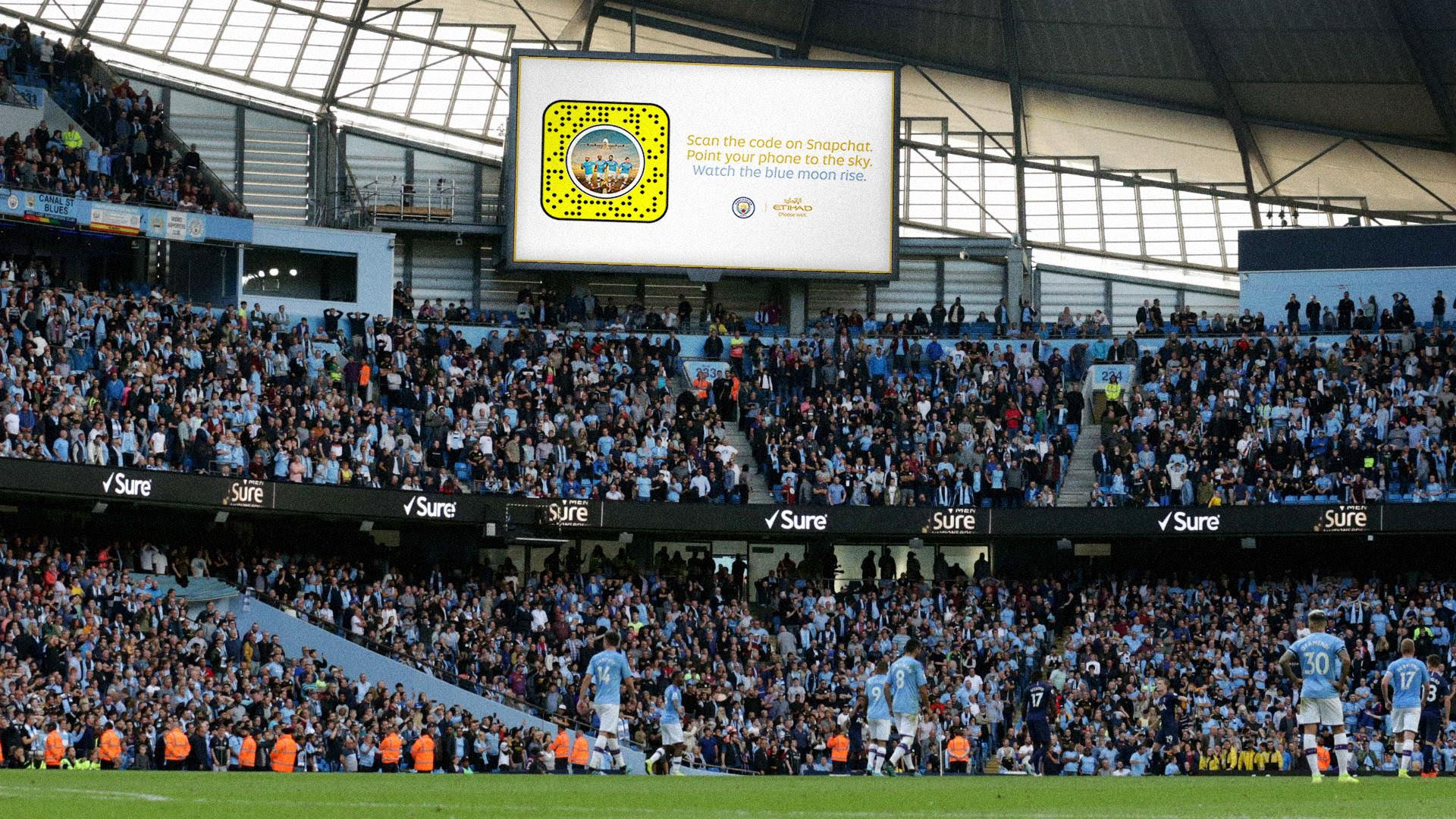 Etihad Airways worked with Snapchat and its regional Lens Studio Partner, Tactical, to conceptualize and produce the campaign, titled ‘The AR Fly-By’. The campaign featured an Etihad jumbo jet roaring over the Etihad Stadium whilst Manchester City’s iconic blue moon was rising on the horizon. The stunt was activated via a Snapcode promoted at the Etihad Stadium, including displays on the giant megatron screen, and was also distributed by on-site Etihad flight crew.

The entire campaign was conceptualized and produced within a week’s time. Etihad and Snapchat are now looking at how to expand the Lens and run similar activations during key matches coming up later in the season.

“The Lens was a great use of technology to augment our fan’s matchday experience at the Etihad Stadium and we were pleased to hear such positive responses to the activit,y” said Oliver Turkel, regional director MENA at City Football Group. “As a club, we welcome innovation and new technology so it’s great to work with our partner Etihad Airways to push boundaries and try something new.”