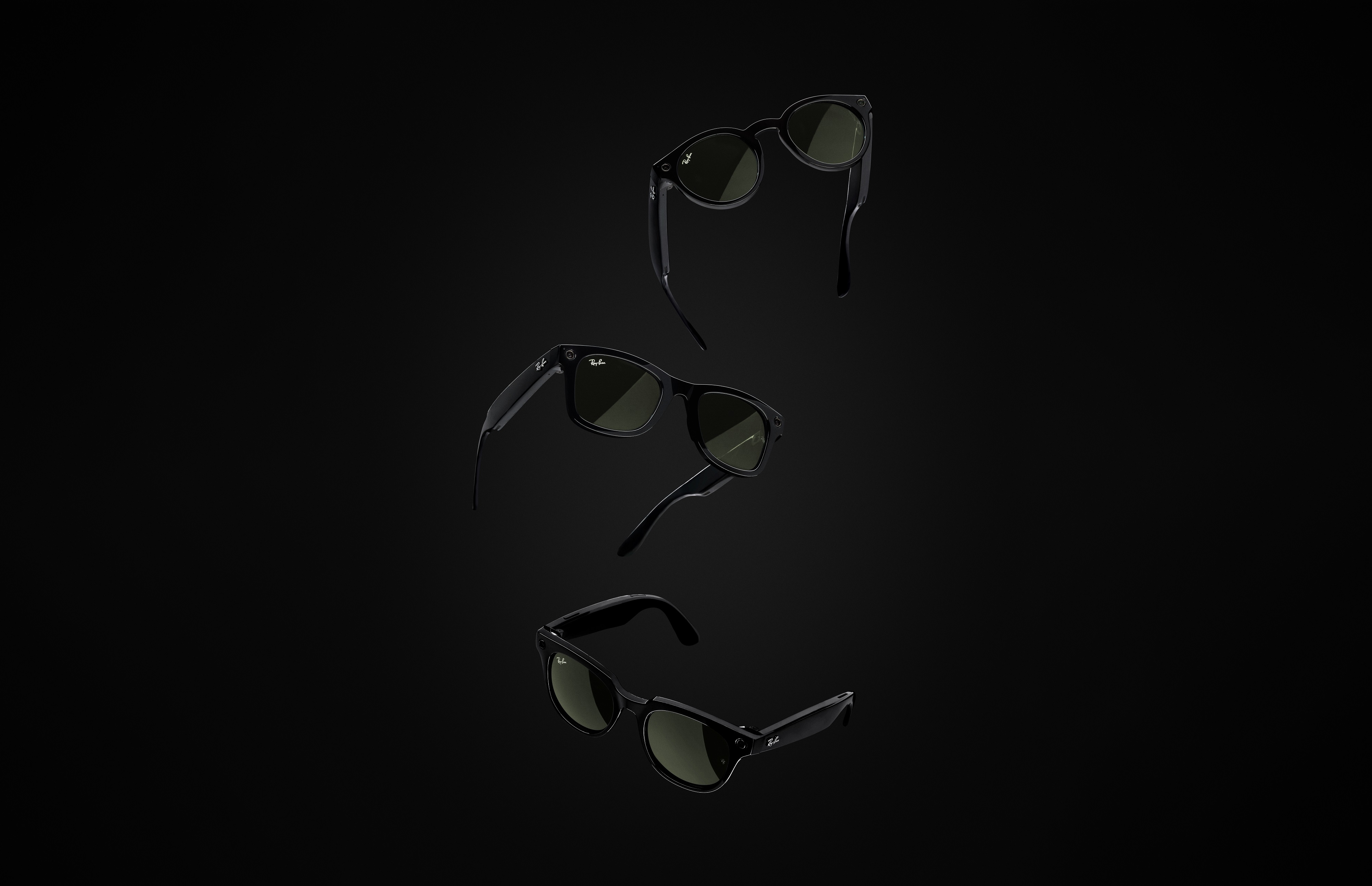 Facebook and Ray-Ban have launched a range of smart glasses called Ray-Ban Stories. The glasses comes in three styles, Wayfarer, Round and Meteor, and feature a dual integrated 5Megapixel  camera to capture photos and videos, discreet open-ear speakers, and a three-microphone audio array.

The glasses feature an Instant Camera Capture mode, enabling photos and up to 30-second videos to be captured instantly. A capture LED lights up when the cameras are on and photography or video recording is taking place. They can also be voice-controlled, using commands starting “Hey Facebook” such as "Hey Facebook, take a photo” to take videos and photos hands-free.

The glasses come with a choice of lenses, including sun, prescription, polarized, gradient, ‘Transitions’ and clear. Prices start at $299/€329/£299. They look like classic Ray-Bans and don’t carry any Facebook branding. They look much more like a normal pair of glasses than the various incarnations of Google Glass. They come with a  companion app, Facebook View, for iOS and Android, which enables users to import, edit, and share content captured on the smart glasses, with the ability to upload on any social app stored on the user’s phone:

“We are incredibly proud to bring Ray-Ban Stories to life with our partners at Facebook,” said Rocco Basilico, Chief Wearables Officer at Ray-Ban parent company, EssilorLuxottica. “This is a milestone product that proves consumers don’t have to choose between technology and fashion – they can live in the moment and stay connected while wearing their favorite style of Ray-Ban’s. Our unique approach, combining decades of superior craftsmanship, a dedicated spirit of innovation and a commitment to delivering only cutting edgetechnology has resulted in a wearable that people will truly love wearing.”

For Facebook, Andrew Bosworth, Vice President of Facebook Reality Labs said:  “Ray-Ban Stories is designed to help people live in the moment and stay connected to the people they are with and the people they wish they were with. EssilorLuxottica has been nothing short of stellar in this partnership and through their commitment to excellence we were able to deliver on both style and substance in a way that will redefine the expectations of smart glasses. We're introducing an entirely new way for people to stay connected to the world around them and truly be present in life's most important moments, and to look good while doing it.”

The Ray-Ban Stories smart glasses are available at Ray-Ban stores and Ray-Ban.com from 9 September in the US, UK, Italy, Australia, Ireland and Canada. From Monday, 13 September, they will be available at select Luxottica retail outlets including SunglassHut, LensCrafters, OPSM, David Clulow and Salmoiraghi & Viganò and soon after available also at selected wholesale outlets.

Rupantar Guha, Associate Project Manager for Thematic Research at data and analytics company GlobalData, said the laucnh was a cautious move on Facebook's part to test the waters before rivals such as Apple enter the market.
"While Facebook’s product will likely be similar to Snap’s Spectacles 3, the company must deliver compelling audio and video experiences if it is to make waves in the consumer smart glasses market, which GlobalData estimates will be worth $565m by 2030, up from $70m in 2020," he said.

“Widespread adoption will depend on the device’s usability and price. Presumably, the lack of augmented reality (AR) capabilities will help keep prices down. However, while the artificial intelligence (AI) based voice assistant, spatial audio and a built-in camera will go a long way, they should really be adding in audio experiences such as fitness coaching, navigation, news, language translation and music streaming to the frey if they want to appeal to the broader consumer base that do not use Facebook’s social media services.

“The success of its smart glasses is vital for Facebook’s growing wearable tech ambitions. Facebook’s plans for AR smart glasses and smartwatches will hinge on whether it can develop a variety of experiences for potential users and its handling of data privacy issues.”