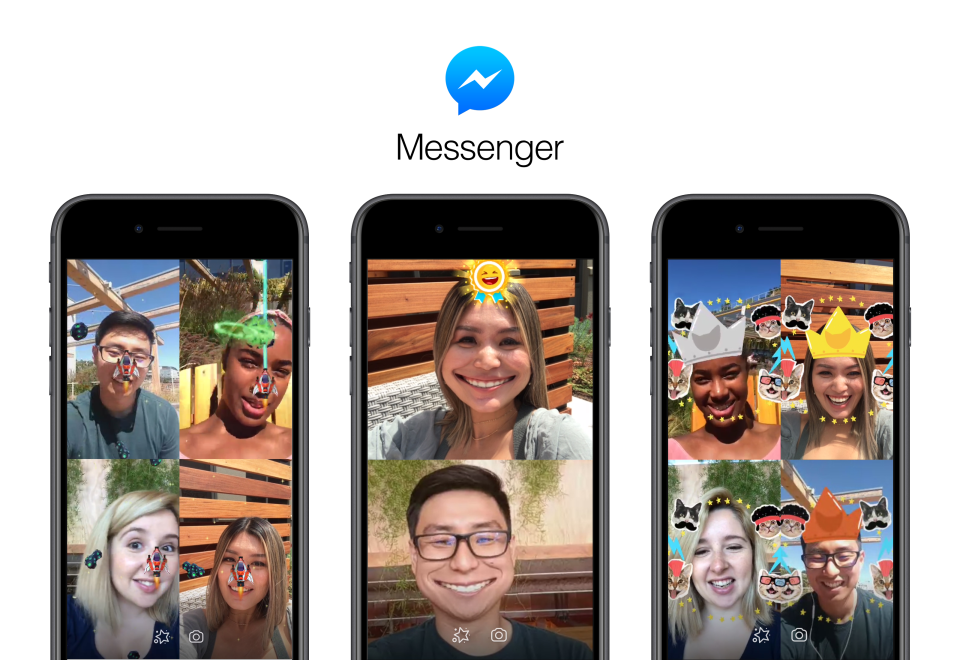 Facebook is bringing a new type of augmented reality to its Messenger platform, enabling users to play AR games while they carry out video chats in the app.

Up to six people will be able to play competitive games, using expressions and facial movements to interact with and control the AR elements. In Asteroid Attack, users can steer a spaceship around with their nose, avoiding obstacles, while Don't Smile is a variation on a staring contest.

Only two games are available at launch, but Facebook already has plans for future titles like Beach Bump and Kitten Kraze, and is hoping other developers will take advantage of the chance to show off using the technology.

"For the moments when we can't be together IRL, Messenger video chat helps you connect in real-time with the people you care about most," said Nora Micheva, product manager for Messenger at Facebook. "Today, we're excited to make connecting with your friends in video chat even more fun - and competitive! - with multiplayer video chat AR games.

"We hope this new experience - made possible by AR Studio - will help you create fun memories with the people you care about most, even when you can't be together."

The introduction of games into Messenger is another strategy by Facebook to increase user engagement on the platform. The social network is clearly hoping that with some in-app entertainment, users will make more calls and spend longer in them, all of which boosts figures that marketers take into consideration. It also sees Facebook taking a leaf out of the book of many Asian messaging platforms, which have integrated a wide range of games and other services into apps that began life as simple chat services.