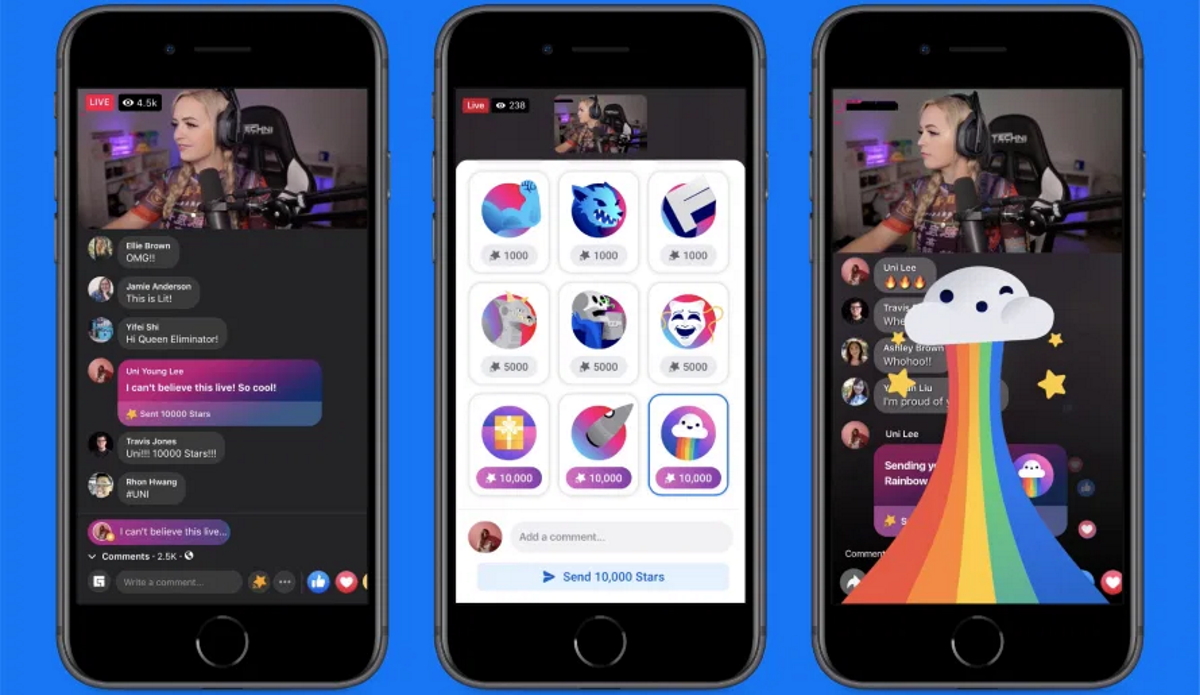 Facebook has rolled out a range of new ways that creators can monetise their content. The social network has opened up the possibility to earn revenue from short-form video, updated its eligibility criteria for in-stream ads, opened access to in-stream ads for livestreams, expanded paid online events and fan subscriptions to more countries, and made it easier for creators to get access to fan support.

Over the coming weeks, Facebook will begin testing the ability for content creators to monetise their Facebook Stories with ads that look like stickers, opening up revenue opportunities for the creators of short-form video.

With the update to the types of videos that can monetise on Facebook, the tech giant has decided to make some changes to the eligibility criteria around monetisation with in-stream ads.

To join Facebook’s in-stream ad for video-on-demand program, pages must now have at least 600,000 total minutes viewed across their video uploads in the last 60 days and have five or more active video uploads. This update removes the previous requirement for videos to be at least three minutes long, but creators must still publish from a page – not a profile – with at least 10,000 followers, be at least 18 years old, and be located in a supported country.

This change has also seen the introduction of eligibility criteria for in-stream ads for Live, which has been opened up to more creators after previously being invite-only.

To get ads on livestream, creators must have 60,000 live minutes viewed in the last 60 days, in addition to meeting the criteria set out in the video-on-demand program.

Facebook is also investing $7m over the next few months in consumer education and adoption via free stars, which is a feature that enables viewers to buy ‘stars’ and send these to streamers. For each star a creator receives, they earn $0.01.

During certain Star-enabled livestreams, some users will see an offer to claim free stars. And, now, comments sent with stars will visually stand out and be pined inside the Live player. Facebook is also introducing virtual gifts.

Furthermore, Facebook is going to begin testing ‘Stars’ for video-on-demand.

Finally, Facebook has introduced a new set of minimum eligibility criteria for gaming creators who wish to apply for partnership with Facebook Gaming in Australia, Great Britain, Mexico, the Philippines, and the US.