Is Facebook's Libra going to change money for the better? 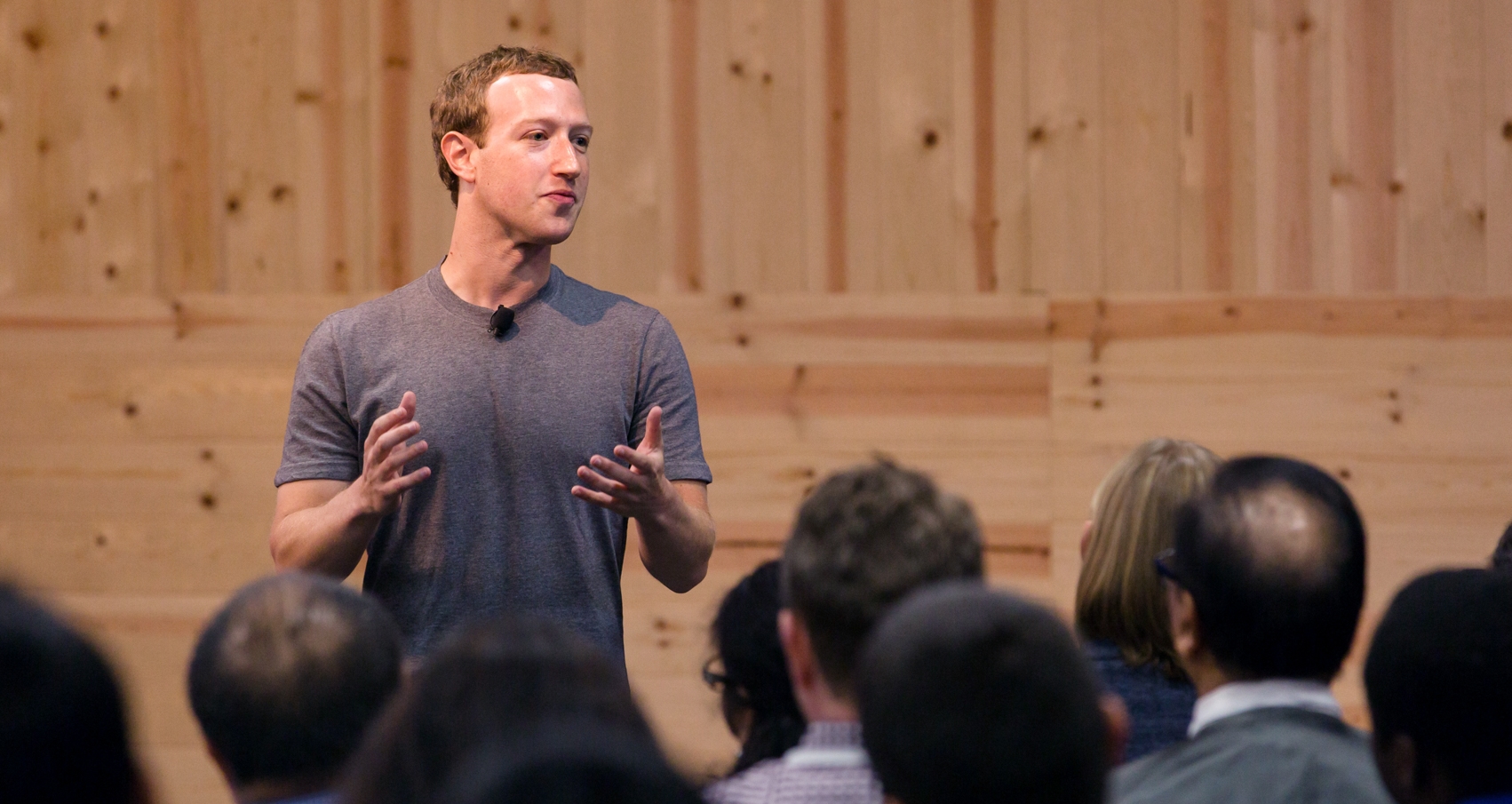 The industry has long known that Facebook would introduce a form of cryptocurrency – in fact, the news first broke in December that the social network was developing a stablecoin – so, last week’s announcement about Libra came as little surprise.

The biggest surprise perhaps came in some of the names that Facebook has managed to get onboard as partners and, as such, there are question marks not only over the internet giant’s intentions but over the intentions of its partners as well.

Facebook’s unveiling of Libra received immediate pushback from lawmakers in both the US and across Europe over the data issues surrounding the cryptocurrency and concerns about the potential financial weight this could give Facebook and its partners.

In the US, top House Democrat named Maxine Waters called for Facebook to pause its plans until the government has looked into the potential risks the digital currency could pose. Meanwhile, politicians in France, Germany, and Italy were also quick to voice their concerns.

Fast forward to this week and now Facebook is also receiving close scrutiny from both the UK’s Financial Conduct Authority and the Financial Stability Board, which is a Switzerland-based international body that monitors the world’s financial system.

The concerns of governments and financial regulators around the globe in some way mirror the concerns that they once had when it came to Bitcoin – with France’s finance minister making it clear that Libra cannot be allowed to become a “sovereign currency”.

“This could become a game changer in the world of financial services. This feels like Facebook and its partners just created a new 'central bank',” comments Steven van Belleghem, an expert in customer focus in the digital world, and author of Customers The Day After Tomorrow. “First target group of the digital coin is people with a mobile phone and without a bank account. This target group has a market size of 1bn users. But just imagine the potential of 'Calibra', the mobile payment app that will be integrated in WhatsApp and Messenger. The easiness to do within app payment at a low cost. This could become a new revenue stream for Facebook.”

Belleghem’s take on using the digital coin to reach people without bank accounts is the reason that many of Libra’s founding members have given as their reasoning for being a part of Facebook’s project.

Early partners include the likes of Spotify, eBay, Vodafone, Uber, Lyft, and many others.

“In digital societies people should be able to access financial services, regardless of where they live or how much they have,” says Stefano Parisse, director of consumer products and services at Vodafone Group. “As a Founding Member of the Libra Network, Vodafone will extend its commitment to digital and financial inclusion, by supporting the creation of a new global currency and encouraging a wide range of innovative financial services to be developed through its open-source platform. This has the potential to be truly transformative and will benefit those who have never used, or are struggling to access, financial services around the world.”

In general, though, being part of Facebook’s plans is about being able to expand business to regions that banking and financial services struggle to reach, often stifling plans for some companies to introduce their services to those places.

For Spotify, it’s about “the lack of easily accessible payment systems – especially for those in financially underserved markets” – stopping it from being able to reach its “total addressable market,” according to Alex Norström, chief premium business officer at Spotify. Meanwhile, eBay is involved because it supports “emerging technologies that have the potential to expand global eCommerce,” says its vice president of global payment, billing and risk, Alyssa Cutright.

A few of Libra’s founding members that have yet to be mentioned include the likes of Visa, Mastercard, PayPal, and Stripe. All of which raised a few eyebrows due to their inclusions because, in theory, Facebook’s digital currency is something that would threaten their businesses. So, perhaps rightfully so, people are unsure of what the intentions of the payment processors are.

“Digital currencies like Libra could provide new pathways out of cash-dependence and accelerate the journey of the estimated 1.7bn unbanked consumers into the formal financial system — this is why we’re interested in better understanding the Libra Association, and potentially shaping its development,” says Terry Angelos, SVP and global head of fintech at Visa, providing a little insight into why the company is involved. “We see an opportunity to be a voice at the table and provide the expertise for our clients and the payment ecosystem. We will seek to bring our expertise in security, interoperability and acceptance, along with our focus on privacy and trust.

“It’s early days in the world of digital currencies, and we don’t yet know the ways in which consumers or merchants may want to use them. Our participation in the Libra Association and other digital currency projects reflects a spirit of openness and curiosity, and the humble acknowledgement that much remains unknown.”

So, that clears that up, right? Maybe not.

Not everybody is quite so sure that the likes of Visa and Mastercard are simply involved to offer their expertise and accept the arrival of Facebook’s digital currency, thinking they may even abort the mission at the first sign of trouble. And one of those people is Ryan Taylor, CEO of Dash Core Group, the company behind the Dash cryptocurrency project.

“Do you really think Visa wants to disrupt its cash cow? Hell no. They are joining Libra to disrupt it, delay it, have visibility into their plans. PayPal? Mastercard? Stripe? Vodafone? Facebook? They all have different objectives, needs, and customer profiles,” he writes on Twitter.

“… Facebook's main business is social media. Libra is a side hustle for them in an industry they don't understand. When things start to get difficult (regulators, member infighting, etc) they will readily abandon their involvement. Same with the other members.”

Of course, despite the doubts surrounding the cryptocurrency, Facebook isn’t the first social/messaging platform to enter the space.

The world’s third most popular chat app, Tencent’s WeChat – which only trails Facebook’s WhatsApp and Messenger – has its own built-in payment system and has developed a platform where you can more-or-less entirely live your life exclusively through the app in China.

Then, looking more specifically at cryptocurrency, there are platforms around the world including Telegram, Line, Kakao, and Kik all involved with digital currencies. The general manager of the latter’s cryptocurrency, Alex Frenkel, believes Facebook’s move into the space is a “clear indication of the importance of blockchain and crypto, and their potential to change the online world”.

However, he has his doubts about whether Facebook’s plans show that it has any intentions to create a real change in the online world.

“If they simply replace digital fiat currencies with their own token, there would be little true innovation or change. Unfortunately, it seems that this is the most likely path Facebook will take, trying to compete with WeChat in Asia by providing an alternative payment channel for physical goods. If this is the case, then the launch of Libra will have generated considerable excitement without real change,” says Kin’s Frenkel.

“For all the hype, Facebook's crypto endeavour is remarkably similar to how banks and credit card companies generate revenue - which is perhaps why Visa and Mastercard have decided to back the project.”

Whether or not Libra becomes a reality next year remains to be seen but, for now, we know there is scepticism from governments, financial regulators, and current cryptocurrency players over data, the potential for Facebook to create a sovereign currency, and the intentions of the company’s involved in the project.

There’s still a long way to go to get this off the ground for Facebook and many more developments to come. So, stay tuned.