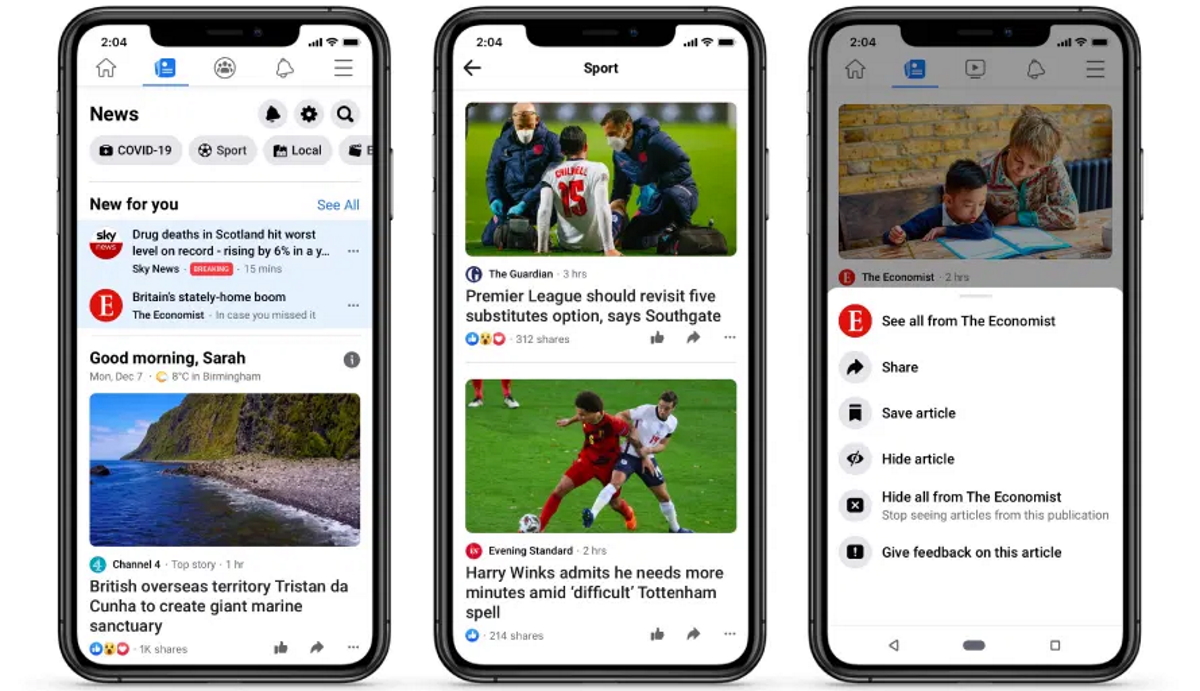 Facebook has begun rolling out its dedicated news hub in the UK – a month after announcing its plans to do so, alongside the promise of helping publishers reach new audiences and make more money.

The ‘Facebook News’ hub, which Facebook first introduced in the US in 2019, features the top headlines and stories from the day next to news personalised to the user’s interests. Facebook will also provide news digests and ‘original and authoritative’ reporting during major news cycles.

Though Facebook hasn’t disclosed how much it will be investing in Facebook News in the UK, it has been previously reported that the social network’s annual bill will run into the tens of millions of pounds, with some publishers set to earn millions each year.

Facebook is also continuing in ‘active negotiations’ with other markets, such as France and Germany, over a possible future rollout of the news hub.