Liz Waldeck-Pinckert, director of publisher monetisation and strategy at AdColony, dicusses what the shift to the first-price auction model means for the industry 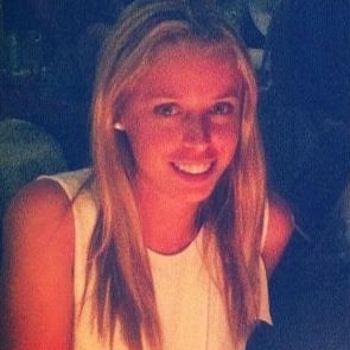 Even though publishers and exchanges began moving to the first-price auction model nearly two years ago (in 2017), like so many other industry changes, it wasn’t 'real' until Google did it.

In March, the company announced that Google Ad Manager (aka AdX) would finally transition from second-price auctions, which awards the auction to the highest bid only slightly above the second-highest, to first-price, where the winning advertiser pays exactly what they bid.

Second-price auctions were standard for a long time because they helped advertisers avoid “winner’s curse,” where the winner of an auction simply overestimated the value of the inventory and was then stuck paying that price for it.

But the system was not perfect; some supply-side platforms would raise their price floors after bids came in, which allowed them to get extra money from advertisers and DSPs.

Ultimately, the benefits of second-price auction didn’t outweigh these negatives. One by one, supply-side platforms began adopting the first-price model. From December 2017 to March 2018, for instance, the share of impressions being sold first-price went from just 5.8 per cent to 43.3 per cent. And, now that Google (the dominant market leader) is going that route, it’s now clear that first-price auctions will now be the universal method for the $48bn programmatic market.

For both buyers and sellers, this means greater transparency. Buyers have more into pricing, though it’s worth noting that they still cannot see the bids of their competitors, and DSPs cannot track bids from other DSPs. Publishers will get more reporting on bids, but often will only have visibility into winning bids, and the SSPs cannot see all the bids that other SSPs receive. So while this is a step in the right direction, there is still a way to go to 100 per cent transparency.

What we will see in the meantime is a period of adjustment. Many DSPs have invested in algorithms and machine-learning to determine bidding strategies that fit in a second-price auction world. Those DSPs now find themselves having to adjust to an entirely different environment.

Publishers, too, will have more uncertainty. High bids that were previously bounded are now the ‘true value’, and that means some bidders are going to be priced out of the market, which doesn’t augur well for a publisher – the more buyers, the more competition, the higher the prices, the better. Those unbound high-priced bids, too, introduce a higher level of price unpredictability which can be unsettling for publishers.

In the short term, of course, all publishers are going to see an increase in revenue. CPMs and effective CPMs will go up because the price paid for inventory will match the highest bid, which can be significantly larger than the second. When publishers first shifted to the new model in 2017, 78 per cent of publishers experienced an increase in revenue. And last year, when an ad agency ran a test across 15 different publishers using first- and second-price auctions, it found that CPMs were 59 per cent higher in the former. That’s not just a bump.

But the market adjusts, and there will undoubtedly be a leveling out. From an ad buyer’s perspective, they are now paying more for exactly the same thing they were before. And their budgets are not magically increasing to meet this new price. Instead, they’ll just buy less, which will slow down the movement of inventory.

Or they’ll just bid less. Steven Levy in his examination of Google’s ad program found the hole in the argument for first-price auctions. Since advertisers pay the amount they bid, even when the next lowest bidder is offering so much less, they have an incentive to lower their bids in subsequent rounds, he explains. This means that in the long run, publishers and SSPs will be making less money, not more.

There’s always room for compromise – and that is where we stand today with a concept called ‘bid shading’. Bid shading is a technique in which the difference between the first- and second-price winning bid is effectively split in half, and the winner pays the middle price between the two. While this does lower the end cost for the advertiser, in a test run, CPMs were still found to be 54 per cent higher than those purchased the old way. There’s always room for improvement, though, and if bid-shading algorithms improve, it could be a strong choice to shrink the gap we have today between the two prices.