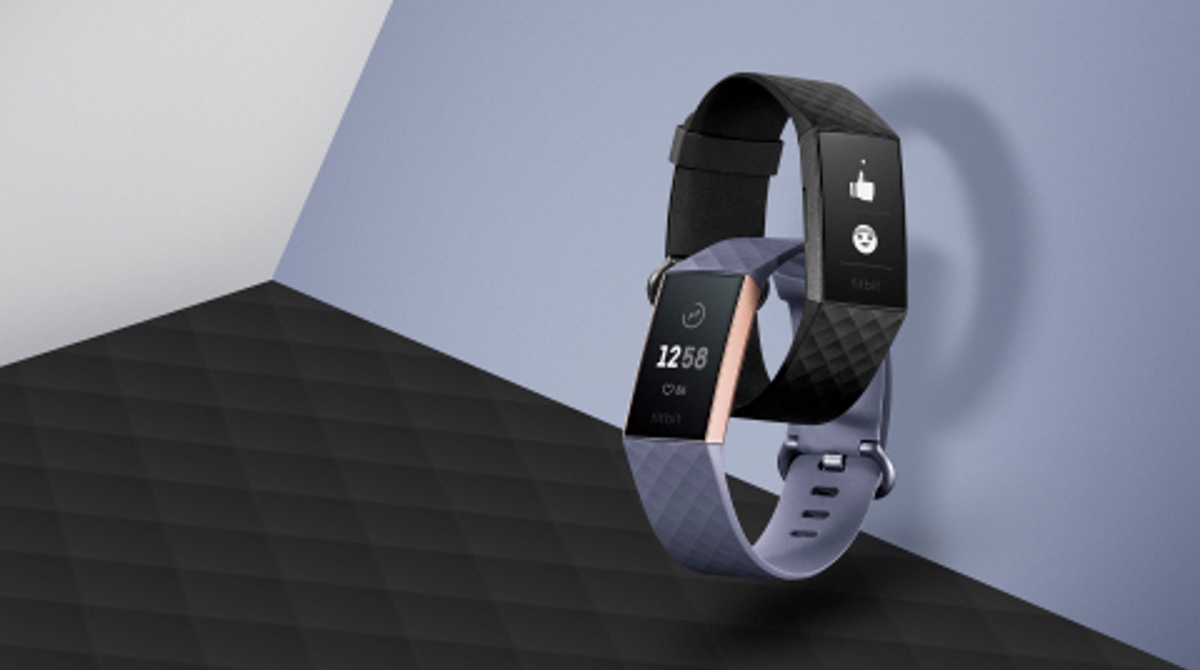 Fitbit has announced the latest in its line of Charge fitness trackers, delivering a swimproof model that adds smartwatch-style features from the company’s other wearables.

The Fitbit Charge 3 has a similar look to the Charge 2 but this time comes with an aluminium case and a Gorilla Glass 3 screen. And it comes with a touchscreen OLED display, which is nearly 40 per cent larger and brighter than the previous model and supports grayscale graphics.

The fitness tracker also comes with an ‘inductive button’, instead of a physical one, lending to the devices swimproof design and increased space for sensors and a seven-day battery life.

Fitbit promises better accuracy from its PurePulse heart rate technology during exercise, while also providing a better measure of calorie burn and resting heart rate. In addition, it has added the SpO2 sensor found in its smartwatches, allowing for the potential to estimate changes in blood oxygen levels.

Other new health and fitness features include goal-based exercise modes, enabling the user to set a goal for calories burned, distance, or duration, and see real-time stats, progress, and celebrations when they reach their goal; a new on-device dashboard to see daily activity stats and health metrics; a way for females to log their period and ovulation; and more.

Sticking with the theme of creating a smartwatch-like fitness tracker, Fitbit has introduced app notifications, calls, texts, and calendar reminders. And soon, Android users will be able to accept or reject calls and respond when on the move with pre-populated or custom quick replies.

There are also new ‘essential’ apps like alarms, timer, and weather, while ‘popular’ brand apps will eventually make their way to the device in the future.

“With Charge 3, we are building on the success of our best-selling Charge franchise and delivering our most innovative tracker, offering an extremely slim, comfortable and premium design, along with the advanced health and fitness features our users want,” said James Park, co-founder and CEO of Fitbit. “Charge 3 gives existing users a compelling reason to upgrade, while also allowing us to reach new users who want a sleeker, more affordable wearable in a tracker form factor.

“Our commitment to consumer choice and ability to meet the demand of millions of users by offering a range of products, from trackers to smartwatches, will enable us to expand our share of the overall wearables market.”

Both models are available to preorder on the Fitbit website and from select online retailers in either black with graphite aluminium case or blue gray with rose gold aluminium case. The special edition comes with an additional band in the box.

The Charge 3 and Charge 3 Special Edition will hit stores at the beginning of October 2018 in the Americas and EMEA, while Asia Pacific will get their hands on the devices in November 2018.