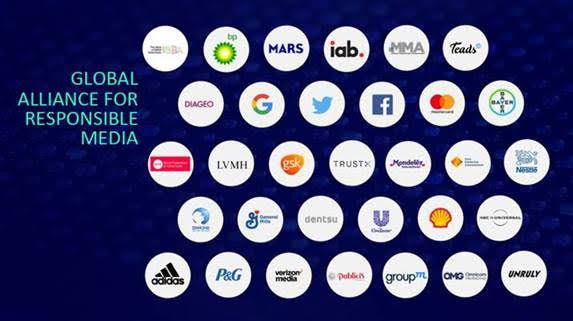 32 companies, including some of the world’s biggest advertisers and agencies, trade bodies, and Facebook and Google, have teamed up to launch the Global Alliance for Responsible Media, a global collaboration which aims to rapidly improve digital safety.

The Alliance will also be championed by the ANA CMO Growth Council, a member organization of the WFA. Other supporting industry associations include 4A’s, the IAB, ISBA, Mobile Marketing Association, Coalition for Better Ads, Effie Worldwide and WFA, alongside their local advertising association members.

The Alliance said it has been formed to identify specific collaborative actions, processes and protocols for protecting consumers and brands from safety issues. Alliance members will work collaboratively to identify actions that will better protect consumers online, working towards a media environment where hate speech, bullying and disinformation is challenged, where personal data is protected, and used responsibly when given, and where everyone, especially children, is better protected online. Alliance members acknowledge their collective power to significantly improve the health of the media ecosystem.

Members of the Alliance recognize the role that advertisers can play in collectively pushing to improve the safety of online environments. They aim to collaboratewith publishers and platforms to do more to address harmful and misleading media environments, and to develop and deliver against a concrete set of actions, processes and protocols for protecting brands.

The Alliance’s immediate focus will be to form and empower an inclusive working group charged with developing a set of initial ideas and prioritizing next steps. This is the first time an alliance that represents all sides of the media industry has been formed, underpinned by a working group committed to meeting regularly and reporting back on its progress to members and the industry.

The first formal meeting of the Alliance takes place tomorrow at the Cannes Lions International Festival of Creativity, and is hosted by the WFA Media Board. Alliance members are asking for the industry to open all meetings in Cannes with a call to action for more collective responsibility in media practices.

David Murphy writes:
The Global Alliance for Responsible Media is backed by an impressive roster of powerful companies. The presence of both Facebook and Google is particularly notable.  I can't imagine this has come together quickly, so the apparent lack of a website is something of a surprise, but if that means the Alliance is a truly collaborative effort and things like a website and comms strategy are high on the To Do list, that may be no bad thing.

After last week's launch of the Conscious Advertising Network, it would seem that ethics and collective responsibility are finally making their way on to the ad industry's agenda. Let's hope the group of powerful and influential companies behing the Global Alliance for Responsible Media allocate some of their best people to the project, so that it doesn't turn into one of those clubs it's good to be seen in, but instead, an initiative that delivers positive change for advertisers and – more importantly – consumers.