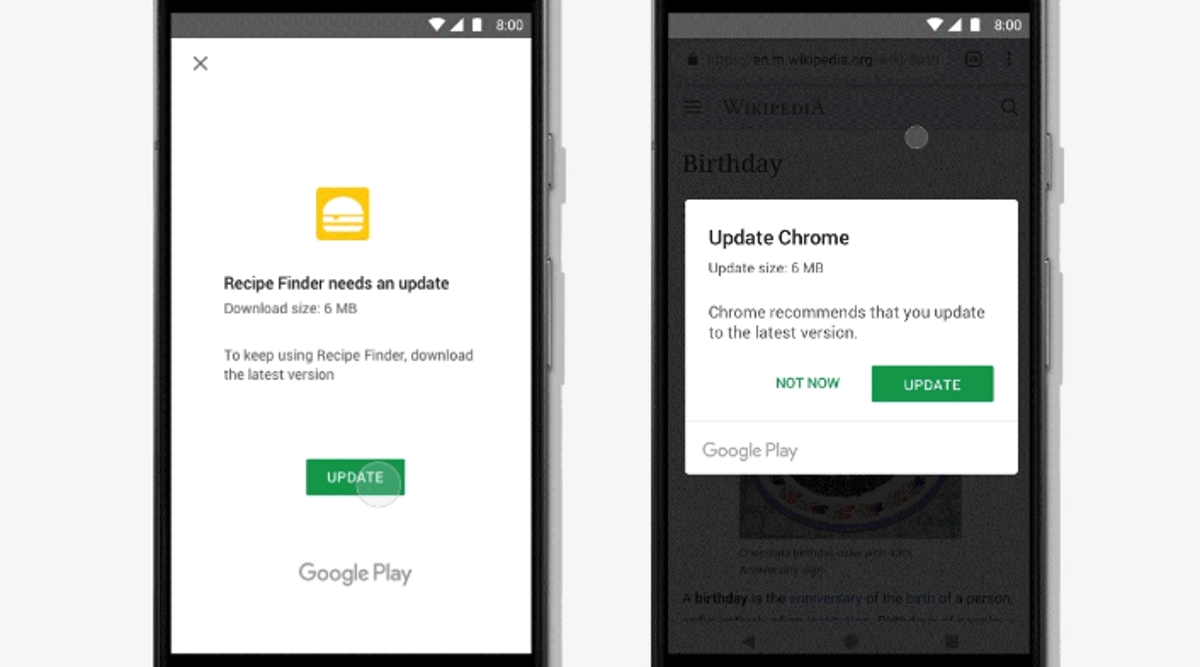 Google has introduced an API that will enable Android developers to lock people out of apps in order to take care of necessary updates.

With the In-app Updates API, developers will have two options when it comes to updates. The first is a full-screen option, which blocks the user from using the app until the update has been downloaded and installed. This experience has been designed by Google for the most urgent updates – such as bug and security fixes.

The second option is labelled as a ‘flexible update’. With this update version, developers are able to allow their users to continuing using their app while the update is downloaded around their usage.

Both of the update types will have a fully customisable flow for developers to make the downloads fit into the app experience. Google has begun testing the API with early access partners before it launches the API to all developers ‘soon’.

"Steven Millman, SVP Research and Operations at @DynataGlobal considers the findings of a seven-country study lookin… https://t.co/C0VNLoq46f"
21 minutes ago
"Mobile-first advertising company @TabMo has appointed three new team members to support the increased use of its Ha… https://t.co/9yui5CmM5n"
2 hours ago
"We're only six weeks away! Effective Mobile Marketing Awards 2020 is open for business, and we welcome entries from… https://t.co/ypPHihkOmA"
4 hours ago