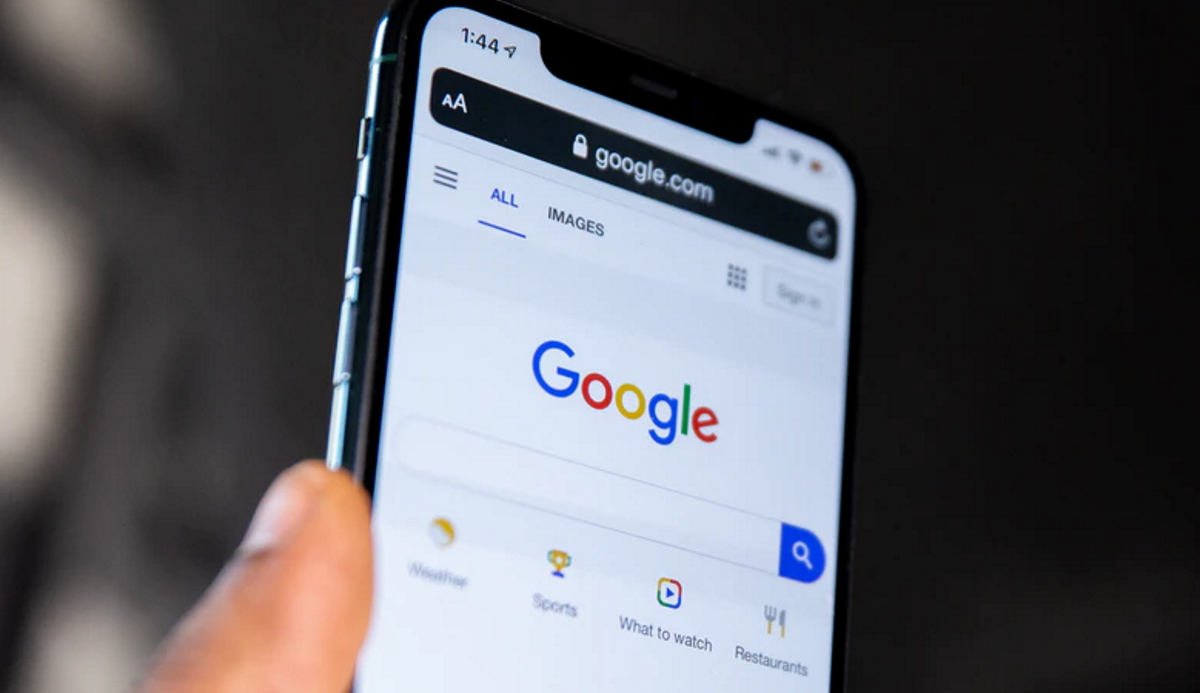 Last week, Google confirmed that it would not be replacing third-party cookies with other means of tracking users as they browse the web on Chrome. The tech giant will end support of third-party cookies in the world's most popular web browser in early 2022.

Google’s plans to remove third-party cookies, its associated ‘Privacy Sandbox’ initiative, and now its announcement that it will not be introducing new ways to track users have, as you’d expect, received a mixed response and an element of uncertainty from within the industry.

‘’Google is aiming to draw a clear line in the sand with their announcement, providing some key points of clarification to their stance on the extent to which authenticated identity solutions can be used as an alternative to third party cookies,” says Freddie Turner, Director of Strategy, UK at MiQ. “However, it may take some time to determine the full implications of the news for the industry. While their stance is clear on how this relates to user-level identity for audience profiling & targeting across Google Advertising products, further detail is needed to understand the implications this could have, particularly if Google could be taking a fully anonymous approach to measurement and frequency capping as well.”

There is a belief among sections of the industry that Google’s decisions over the past few years can only be seen as a positive, providing the industry with the opportunity to reinvent itself and take a an even tougher stance on consumer privacy.

Matt Barash, SVP of Global Publishing & Platform Partnerships at Zeotap, feels that the latest from Google reinforces the importance of first-party data and privacy, following the damage that has been done to consumer trust “by the legacy of third-party cookies”.

“The sustainability of the open web is in our collective best interest and the future state ecosystem will be dependent on interoperable solutions, rather than proprietary approaches,” explains Barash. “This bodes well for the independent ad tech platforms who have committed to support a variety of addressability initiatives once the third-party cookie has been deprecated.

“Recent announcements such today's have served as a welcome catalyst for industry reinvention. Balancing consumer privacy and trust with a sustainable ecosystem will be defined by how effectively publishers and marketers can partner to leverage first party data. To do that, they need to move quickly on integrating tech solutions that support this objective.”

With the increasing value of first-party data and consumer privacy, it also means the industry can put contextual targeting at the heart of its strategy moving forward. And, as such, Brand Advance’s CEO, Christopher Kenna, thinks that “Google’s announcement is exactly what we need”.

“I hope this means that the industry will realise that context is king. Since Brand Advance was created we’ve not used a single cookie. Re-targeting is a huge invasion of privacy, especially when it may reveal where audiences have been reading that they may want to remain discreet, such as LGBTQ specific titles,” says Kenna. “Context is the solution and it always has been. The industry has lost sight of the fact that people gravitate towards the content they want to read and therefore the things they are interested in. I’m excited to see that we’re moving away from third-party cookies as it will force the industry to think differently and wake up to reaching audiences authentically.”

And that sentiment is shared by Nick Morley, Managing Director EMEA at Integral Ad Science.

“Google’s latest announcement reinforces the revolution in digital advertising from audience-based targeting and towards contextual targeting once again,” he says. “Context has evolved and sophisticated technology can help brands reach the right audiences within contextually relevant environments. As a result, we're seeing more marketers adopt contextual targeting as the linchpin of their digital advertising campaigns. Its ability to utilise first-party data is more cost-efficient and scalable than personal identifier strategies. It is also future proof in a world without third-party audience tracking data such as cookies, while meeting consumer privacy concerns.”

Others see Google’s decisions as providing the catalyst for greater collaboration around data and privacy, as all businesses within the industry should share common goals around the protection of data and privacy, and the improvement of user experience.

“This is not the death of alternative industry identifiers. While Google’s support would certainly have been a huge advantage, the industry needs to learn to implement and execute on such important projects without industry heavyweights such as Google or Facebook,” says Jürgen Galler, CEO and Co-founder of 1plusX. “There are many publishers, advertisers, and ad tech companies out there that still command substantial reach. Working together and supporting a privacy-respectful ID setup will continue to remain important for the industry.”

Bill Tucker, Executive Director of the Partnership for Responsible Addressable Media (PRAM) and Group EVP of Data Tech Measurement at the Association of National Advertisers, adds, “On issues this complex and important, we need to work together as an industry to evaluate, adapt, integrate (where appropriate), and implement those different approaches, so we can ensure we reach those goals together. We can also ensure the approaches are as aligned and consistent as possible, as users benefit from consistency in their privacy experiences. PRAM was created for that purpose, and that role is more critical now than ever.”

Away from that general positivity, there is also strong group of opposition to Google’s recent decisions. One notable entity is the Marketers for an Open Web (MOW), a UK-based alliance of leading technology and publishing businesses, which has been very outspoken about Google in the past few months.

In November, the MOW wrote to the Competition and Markets Authority (CMA) to ask it to use its power to halt Google’s plans, based on the belief that the introduction of the ‘Privacy Sandbox’ is a ploy to move advertising away from the open web and out of the reach of regulators.

Now, the alliance has joined forces with the US-based Save Journalism Project to accuse Google of stopping the use of third-party cookies to enhance its own commercial interests, pointing to the vast amount of personal data the tech giant is already in possession of.

“We all agree that privacy is important. Google’s proposed changes and its work arounds are not addressing privacy – and they don’t work,” says James Rosewell, Marketers for an Open Web CEO and CEO & Co-founder of 51Degrees.mobi. “A real focus on privacy would involve splitting individual identifiers used for advertising from end users’ actual identity. This was suggested as a remedy by the CMA last year – but Google isn’t looking at that as it makes all users ‘sign in’ or ‘sign up’ and accept its privacy mining terms. For example, as it requires all users of Android to sign into a Google property and pass personal data to it as the price of use.”

Rosewell’s sentiment is echoed by Ollie Vaughan, Chief Media Officer at Tug, stating that “the more cynical among us” may view Google’s movements as a bid to strengthen the power it already holds over the industry and “positioning itself and Google Sandbox directly against alternative solutions, like finger printing and Unified ID”.

And Romain Job, Chief Strategy Officer at Smart AdServer, goes a step further by suggesting “Google is taking its ball and going home”.

“What’s missing from this announcement is Google's approach to first-party data accountability. Unified ID was intended to be the market standard initiative to tie advertiser and publisher first-party data together,” says Job. “If Google doesn’t participate, how will it deliver this use case if not via its own private user ID within Google’s own Data Garden? First-party data management still requires users’ informed consent. If not via UID2, we would expect the Privacy Sandbox and the World Wide Web Consortium (W3C) to fully address this topic and help define standards for first-party data management accountability. This is an area on which the industry needs to move forward.”

Nonetheless, whatever your feelings about Google and third-party cookies, this presents an opportunity for the industry to really reflect on its use of data and truly work to put the consumer first.

“In reality, we’ve never had perfect data – and it’s likely that we never will. Rather than pushing for more and more data, without a real plan of how to use it, we need to shift our mindset and appreciate the data we do have to play with, and use it to build accurate consumer trends and make balanced marketing decisions. In truth, the value of real-time data has been overblown in recent years; if we can guarantee 80 per cent accuracy in our data set and have it available in good time, then that’s enough to make these decisions,” says James Parker, Chief Solutions Officer at Jellyfish.

“If we’ve learned anything over the last 12 months it’s that it’s ok to let go of some things we didn’t need. Does this mean the value of analytics is diminished? Not at all – in fact it’s quite the opposite.” 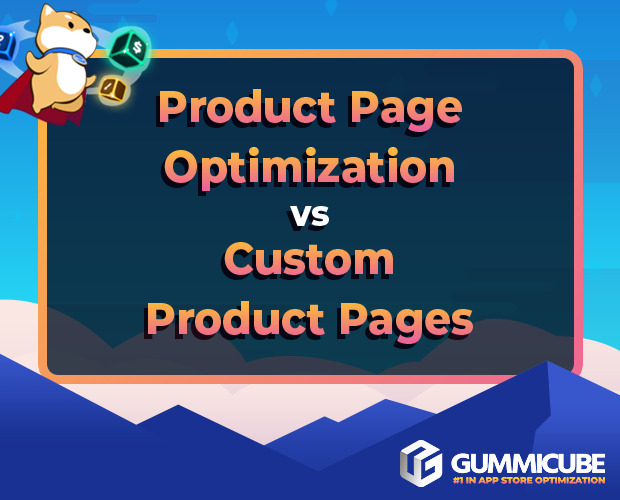