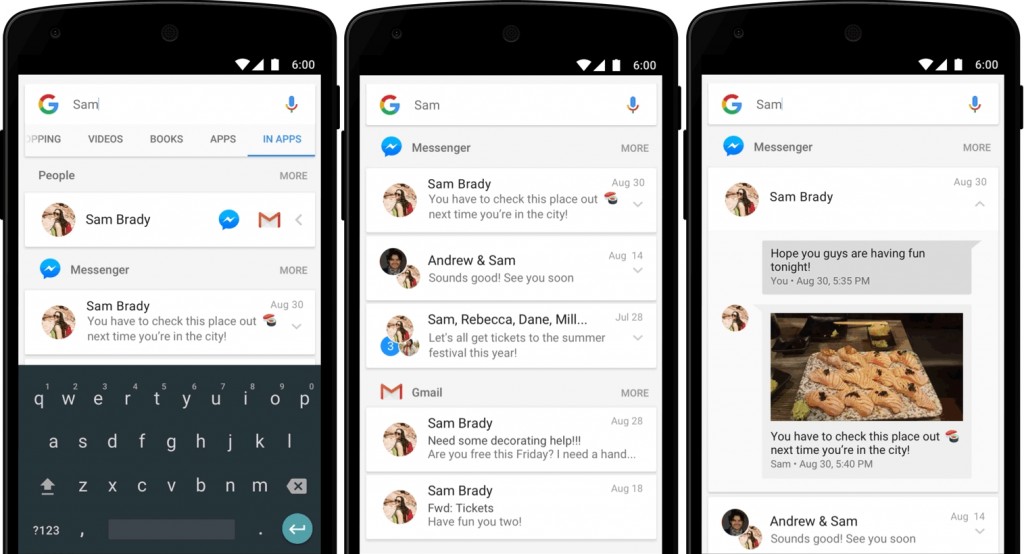 Google has launched an in-app search feature as part of its Android app.

When users search in the Google app, they can select 'In Apps', which appears alongside the usual tabs like 'Images', 'Shopping' and 'News'. This will do a search of compatible apps installed on the device, meaning users can find conversations with a friend across messaging apps, or access a particular song without needing to hunt through their music player app.

Because the search is checking data stored on the phone, it doesn't require a data connection.

In Apps search currently only works with a limited number of apps – Gmail, Spotify and YouTube are all available at launch – but Google says it will be adding more 'in the coming months', including Facebook Messenger, LinkedIn and Evernote. Users can select which apps do and don't appear in results through the Google app's settings.

The feature will be built into LG's forthcoming V20 smarphone, which will also be the first to come pre-loaded with Android 7.0 (Nougat). The V20 will feature a dedicated shortcut for In Apps search on both its homescreen and the phone's unique second screen, a small inset display above the small screen, and LG will be making all of the device's pre-installed apps searchable using the feature.