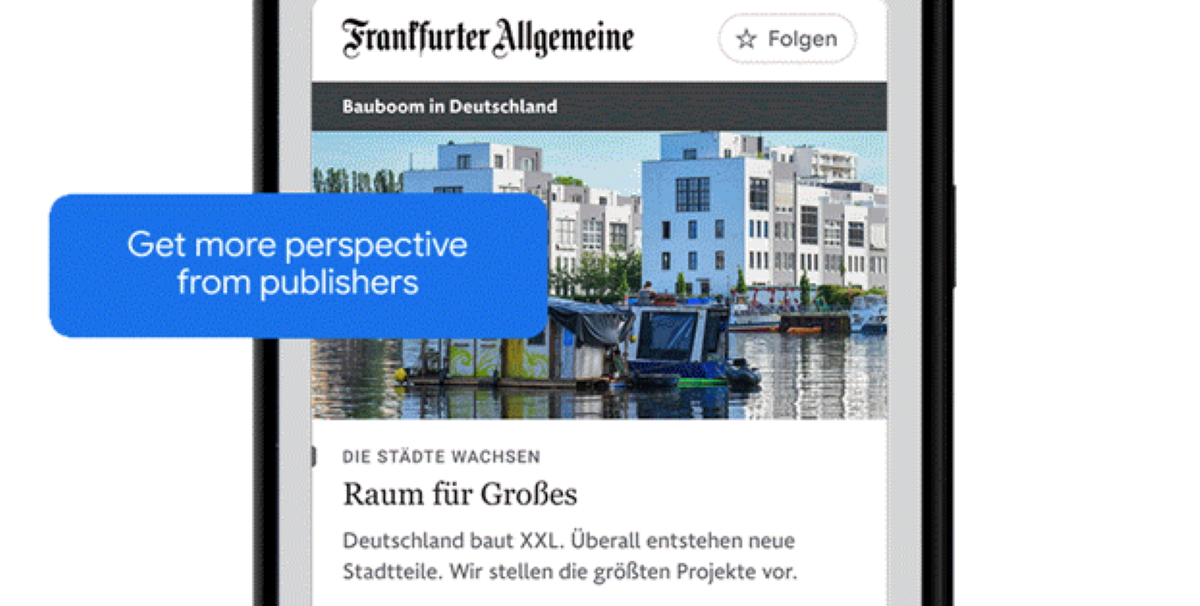 Google has pledged an initial $1bn investment in partnerships with news publishers and the future of news in a bid to show its commitment to the news media. The money will be used to pay publishers to ‘create and curate’ content.

Part of Google’s commitment has seen it introduce a new product called ‘Google News Showcase’, which is aimed at giving readers more insight on stories and helping publishers to develop stronger relationships with their audiences.

News Showcase features story panels that give publishers the ability to provide deeper storytelling and more context through timelines, bullets, and related articles. Eventually, publishers will be able to add video, audio, and daily briefings to these panels.

“The business model for newspapers—based on ads and subscription revenue—has been evolving for more than a century as audiences have turned to other sources for news, including radio, television and later, the proliferation of cable television and satellite radio,” said Sundar Pichai, CEO of Google and Alphabet, in a blog post. “The internet has been the latest shift, and it certainly won’t be the last… We want to play our part by helping journalism in the 21st century not just survive, but thrive.”

Google has signed partnership with almost 200 publishers across Germany, Brazil, Argentina, Canada, the UK, and Australia so far. But, for now, News Showcase will only be rolling out to readers in Brazil and Germany, before expanding to other countries over the next few months.