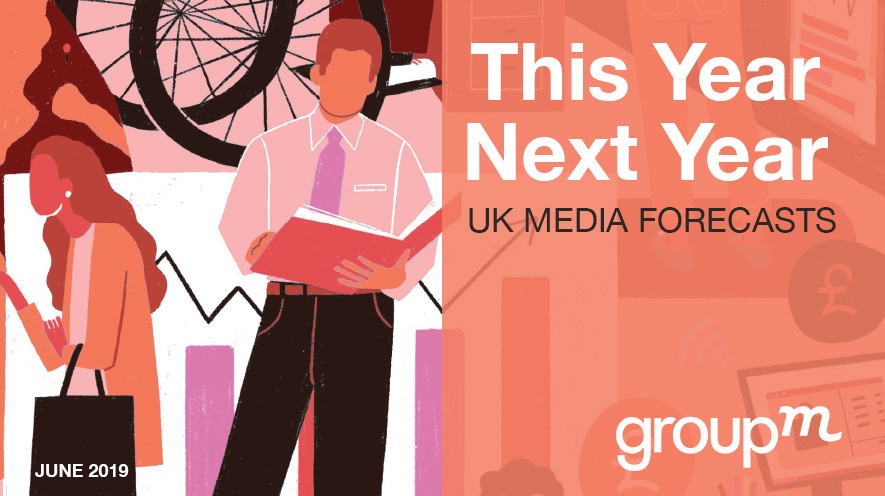 The GroupM study finds that 2018 was a strong year in the world’s fourth-largest advertising economy, despite uncertainties, with total ad spending up 7.8 per cent on 2017. 2019 looks set to hold up almost as well, with 6.1 per cent growth, aided by decent (if decelerating) underlying economic growth. Deceleration should continue into 2020 toward a 4-5 per cent range – GroupM forecasts 4.6 per cent growth – as advertising gradually reverts to more normalized growth levels. The report also notes that planning for Brexit contingencies is occupying management bandwidth, which is affecting ad budget setting, and could potentially lead to reductions in budgets.

Digital advertising now accounts for more than 60 per cent of total UK advertising – more than half of which is search – and is still growing at a double-digit pace (around +11 per cent forecast for 2019). Digital media pureplays represent the largest single group of ad sellers, with Google and Facebook accounting for around three quarters of the total on a gross basis.

Television has sustained its scale and remains a relatively stable medium in terms of advertising revenues. After hitting a plateau of around £4.5bn, spending was effectively unchanged in 2018 over 2017 and looks set to remain at that level for 2019 and 2020, still accounting for around 20 per cent of media investment.

In Out-of-Home (OOH), digital formats are increasingly important, accounting for half of OOH spend in 2018, with further share gains to come as more automation takes root, including the emergence of performance-based targeting and data-driven trading. For now, GroupM forecasts growth exceeding 3 per cent in 2019 and 2020.

Radio also appears set to hold on to its revenue base this year, followed by closer to 2 per cent growth next year. Newspapers and magazines now account for less than 10 per cent of media investment on a combined basis in 2019 and beyond, down from more than 50 per cent as recently as 2004.