Influencer marketing has moved from niche to mainstream in the past couple of years, but the channel is not without its issues. Tyrone Stewart reports. 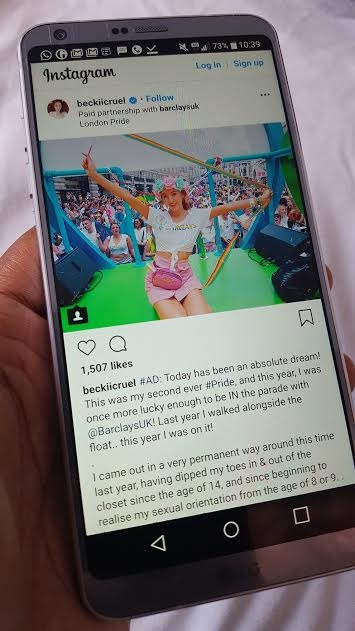 Influencer marketing has grown exponentially over the past couple of years, with much of this growth down to the shift in focus from celebrities and social media stars to micro-influencers with smaller followings. A parallel trend has been the emergence of self-service influencer platforms, making it easier for brands to connect with the influencers they want to work with. But while brands have shown great enthusiasm for influencers, questions still remain over influencer fraud, brand safety, and the true effectiveness of influencer campaigns.

“Influencer marketing has experienced a remarkable rise in recent years. Brands are dedicating more and more of their marketing budgets to it and it’s on track to become a $10bn industry by 2020. But it’s not without its challenges,” says Aaron Brooks, executive director and co-founder of Vamp. “There have been accusations of fake followers and dishonest practice, recently brought to the fore by Keith Weed’s announcement that Unilever would no longer be working with influencers who had bought their audiences. Meanwhile, ambiguous pricing and process continue to put brands off going it alone.”

Micro influencers
Micro influencers have grown in popularity because they are seen to have a more personal connection with their followers and are therefore more trusted than a big celebrity name. And brands are beginning to realise that engagement is far more significant than potential reach.
“It’s no secret that the disruption of social and the subsequent rise of blogging – and vlogging – swiftly prompted brands to realise that consumers are more connected than ever and trusting each other many times over brand-administered messages,” says Jeniffer Valdez, influencer marketing solutions expert at Sprinklr.

“With word of mouth marketing being thrust to the forefront, leveraging influencers to deliver messages to their thousands, if not millions, of followers has become a quick win for many brands. However, the quickest wins might also be the more costly and risky options without yielding the engagement – or sentiment – that brands anticipated. Look at Pepsi’s ad with Kendall Jenner or the antics of YouTuber PewDiePie). This is not to say that partnerships with mega-influencers are no longer fruitful, but brands are now realising that the number of followers does not solely indicate the individual's opportunity for influence.”

The choice of influencer or group of influencers to work with comes down to the goals of the brand. Not all brands will benefit from the micro-influencer approach and may find it’s in their best interests to utilise a big name. It’s really about having a good marketing head and “being aware of what is better when,” according to Barbara Soltysinska, CEO and co-founder of IndaHash.

“I think if you’re a marketing manager and you’re looking for someone to slightly change your image and your perception and raise awareness, it’s much better to find one or two big YouTubers and work with them for two or three years on their channels but also on paid TV ads and all digital communication of the brand,” says Soltysinska. “So, there are many reasons to use macro-influencers. But there are also many reasons to use mid-tier and micro-influencers.”

Self-service platforms
The shift to micro-influencers has paved the way for the rise of self-service influencer marketing platforms, like IndaHash’s, which make it easier for brands to connect and work with those influencers they believe can help them meet their objectives.

Self-service tools enable brands to more easily manage the time-consuming elements of influencer marketing, such as selecting influencers and running analytics on campaigns. Using platforms that offer these tools should make it easier for brands share their exact requirements directly with an influencer, make it easier for them to approve any content from within the platform’s hub, and providing the, with a way to manage their influencer relationships from beginning to end.

“For brands to truly scale the discipline globally, they need to automate the process,” says IndaHash’s Soltysinska. “Setting up and managing influencer campaigns can be labour-intensive and time-consuming. From finding the right influencers to managing the relationship and measuring the results, building a robust influencer strategy can be a challenge. But as the industry matures, we are seeing the development of influencer marketing platforms which simplify the whole process.”

By replacing the manual processes previously used to search for, negotiate with, and manage influencers, brands are able to embrace the use of micro- and mid-tier influencers by working with more of them on each campaign and across the globe – with the automation having “given advertisers real access to a much greater pool of mid-tier and micro-influencers,” according to Soltysinska. And, in turn, this is enabling brands to expand “beyond using the A-list celebrity or digital star to work with these much more engaging influencers.”

Influencer fraud
As with any digital marketing channel, there will always be questions around fraud and brand safety, and influencer marketing is no exception. Indeed, these issues mean that some brands shy away from the channel, over concerns around choosing the right influencer to work with; brand safety, should the influencer do something stupid or controversial; and simply knowing if an influencer has the influence they appear to have.

“The introduction of social was so disruptive and swift that it didn’t give a chance for brands to think ‘what does brand reputation or brand safety look like outside of the celebrity endorsements they were used to? And to be honest, they wouldn't really know until it happened to them or another brand,” says Sprinklr’s Valdez.

And while influencer fraud annoys brands and marketing chiefs like Unilever’s Keith Weed, it also annoys those genuine influencers, such as YouTuber Beckii Cruel, who are tarred with the same brush. She says: “I have always taken the decision to never buy followers or buy engagement. There’s no way of gauging how you’re actually doing. If you know that a lot of you followers are fake or that your engagement is fake, you don’t know if you’re having a good day or a bad day because none of it is real anymore. And, obviously, it’s disingenuous.

“It’s frustrating for me when I come across people who’ve bought followers because then I see them reaping the benefits of having a large following, such as getting invited on trips to places and getting to work with brands, and taking work away from people who have worked really hard to have those opportunities. And also, the performance of those people’s posts isn’t going to be very good, so it’s making brands think ‘Oh maybe this influencer doesn’t really work, is it even effective?’ It’s frustrating for loads of reasons.”

So are the social platforms where influencers do their thing doing enough to rid the space of those that game the system? There is an ongoing trend among major social platforms like Instagram, YouTube, and Twitter, doing fake account and bot clean ups. However, much of the time, these efforts seem to have little impact.

On a positive note, fraud is now being discussed extensively across the industry and highlighting the problem is only going to make it more likely that effective action will be taken sooner rather than later. And influencer marketing platforms are now starting to introduce their own fraud detection capabilities, rather than waiting for the social media firms to sort things out.

“I’ve heard so many publications talking about it and it really is a hot topic within influencer marketing industry,” adds Cruel. “And I know the platforms are trying to work with and feed that industry as best as they can. Hopefully, now that this conversation has had more light shed on it, there can be more done about it.”

Authentic influence
As the industry grapples with its issues, budgets keep pouring into the influencer marketing channel, fuelled by the ongoing popularity of social platforms, and consumers’ preference for word-of-mouth recommendation over broadcast brand messages. In order for brands to ride the influencer wave effectively, they have to make sure that they identifying the most authentic influencers, and those who are the best fit for their brand.

“In the age of customer experience, brands need to remain authentic and genuine. Like everything else, for influencer marketing, that will mean finding the right people and building the right relationships to amplify the brand,” says Sprinklr’s Valdez.
“We believe we’ll see micro-influencers continue to drive more sustainable engagements. Brands might explore more long-term partnerships with influencers. And user-generated content will continue to drive conversion and play bigger roles in how a campaign or partnership is executed.”
And YouTuber Beckii Cruel believes that alongside micro-influencers, there could be a place for more traditional celebrities in the influencer landscape.
“I would like it to continue going in the positive direction that we’re heading in at the moment,” she says. “I think we’ll start to see more traditional celebrities take social media more seriously and do more traditional influencer deals. I’d like to see the celebrities treat it a bit more authentically as well because that’s what I think makes social influencers so brilliant and so effective, the authenticity of the influencers and the way in which they communicate with their fans. Perhaps, a traditional celebrity could learn something from social media influencers.”
At the other end of the spectrum, platforms like IndaHash and Tribe make it easy for anyone to start out on the road to influencer fame and fortune. So what are you waiting for?

This article first appeared in the September 2018 print edition of Mobile Marketing. You can read the whole issue here.