Header Bidding for Apps: The Next Step in Mobile Monetisation

It's time to abandon the waterfall, argues Mike Nicholson, director of mobile business development, EMEA, at OpenX, and embrace the power of header bidding when it comes to in-app advertising 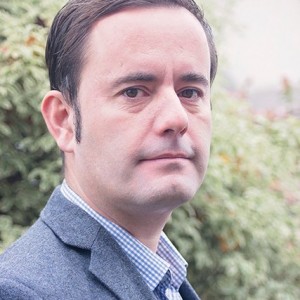 Consumers are now so dependent on mobile apps, there is even one for measuring app addiction.

Apps are used in all aspects of modern life and are far more popular than mobile internet. Payments via mobile banking apps increased 54 per cent in the UK last year, and the global fitness app market is forecast to grow more than 30 per cent annually until 2020. ComScore’s Global Mobile Report shows British consumers spend 46 per cent of their digital media time on smartphone and tablet apps, compared with just 10 per cent on the mobile web.

Advertisers are beginning to understand the value of in-app advertising – not just in accessing large audiences but in effectively reaching consumers with timely, relevant messages that actually convert – and at OpenX we’ve seen an increase in mobile app revenue of around 300 per cent during the first half of this year, along with 50 per cent higher CPMs on mobile apps compared with mobile web.

But scaling in-app advertising is problematic for publishers and app developers – often resulting in wasted impressions or low fill rates – and technological solutions are required to help effectively monetise in-app inventory. A header-bidding style solution is one possibility, and is something all publishers should consider for in-app monetisation.

So how will publishers benefit from header bidding for in-app mobile advertising and how does it work in practice?

Opening up demand
Header bidding already provides the answer to fragmented demand for desktop and mobile web, and it can be just as effective for the in-app environment where demand distribution is much wider.  At one end of the demand spectrum are multiple small mobile-focused players, while at the other end are the larger traditional ad networks and DSPs who have ventured into the mobile space in recent years.

Just as with desktop and mobile web, an in-app header bidding solution will allow publishers to make each impression available simultaneously to multiple demand partners – including direct demand – across this varied environment, reaching more potential buyers and leveling the playing field. As an additional benefit, diversifying demand partners in this way enables publishers to offer their users a better, more balanced in-app advertising experience.

Maximising ad revenues
With the current waterfall-based approach to in-app monetisation, publishers frequently miss out on potential revenue because they make decisions based on average CPMs, or rely on bid price estimates from RTB demand sources.

This situation is exacerbated by the wide variety of ad formats competing for each in-app advertising impression with a broad spectrum of CPMs. For example, an impression could be filled with a standard display ad from an ad network with a high position in the waterfall at a relatively low price, with the publisher missing out on a far more valuable rich-media, expandable, or interstitial ad from a demand source further down the stack.

Because header bidding removes the traditional demand stack, and makes impressions available concurrently to multiple buyers before calling the ad server, it creates competition between demand sources – which inevitably increases revenues. It also ensures publishers have full transparency into the real value of their inventory – rather than relying on averages and estimates – and ensures each impression is won by the demand source with the highest bid.

As part of a beta test with a large mobile app publisher, we pitted a header bidding connection against the traditional waterfall approach on the OpenX exchange. In this like-to-like test, header bidding delivered three times the uplift in CPM compared to the publisher waterfall.

Eliminating the waterfall
In addition to missed opportunities, the current waterfall process presents publishers with other technical challenges. To make the waterfall effective publishers need to optimise the ad server’s priority, but making any updates to the ad stack also requires updates to the app itself – followed by resubmission to the app store. This is a resource intensive process that can reduce yield and is therefore a task app-developers avoid where possible. Applying a header-bidding style solution eliminates the waterfall – and the need for publishers to optimise the stack – therefore saving time and money on unnecessary app updates.

Bidding without the header
Applying header bidding to in-app mobile advertising is something of a misnomer, as headers don’t technically exist in apps, but this monetisation approach can be adapted for the in-app environment using similar mechanics and technologies. Unlike desktop or the mobile web, demand for in-app advertising is brought in via SDKs, so publishers should urge their mobile ad-serving partners to expand their header-bidding capabilities to include this environment.

OpenX recently released a mobile monetisation tool, Bidder for Apps, which enables an in-app impression to be offered to multiple demand sources simultaneously before the primary exchange is called, with the highest bid being passed to the SDK. The SDK then compares this bid with the highest bid received from the ad exchange to determine which ad should be served.

With the amount of time consumers spend using mobile apps continuing to grow, optimal in-app monetisation must be a high priority for publishers. An SDK-based version of header bidding for in-app inventory will allow publishers to avoid the technical limitations of the waterfall while diversifying demand, reducing wasted opportunities, enhancing transparency, maximising revenues, and providing an optimal experience to their increasingly app-addicted users.

This sponsored article was written by Mike Nicholson, director of mobile business development, EMEA, at OpenX, and is editorially independent from Mobile Marketing Magazine