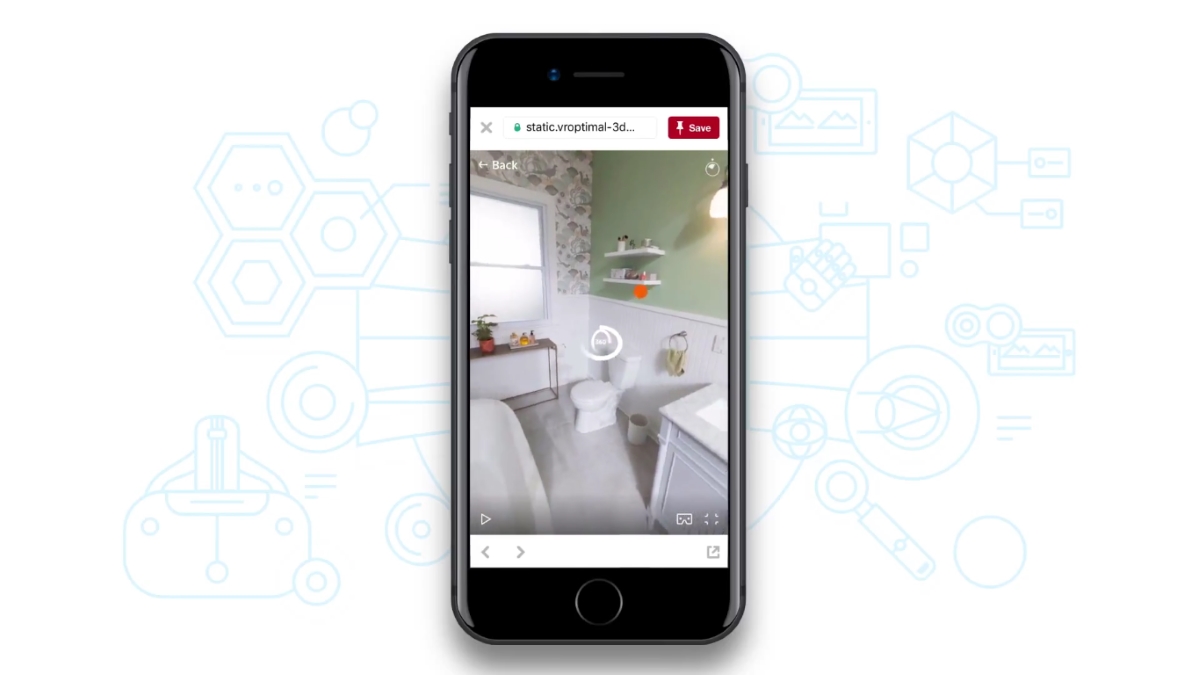 Home Depot has teamed up with VR advertising platform OmniVirt to launch the 'first-ever' 360° interactive campaign on Pinterest.

The retailer has created interactive 360° content in a bid to reach out to the DIY community. The content demonstrates to the audience how to redesign their bathroom and living room. The experience is being delivered through Pinterest’s promoted pins.

Elsewhere, OmniVirt has worked with Clorox and Bloomin Brands to launch separate interactive 360° campaigns away from Pinterest.

Clorox’s Fresh Step cat litter brand used interactive 360° to promote the rollout of its Fresh Step + Febreze product, pushing the idea that people won’t be able to find their cats because their scent will be masked by the cat litter. To get this point across, Clorox invited users to play an interactive 360° game where cats were hidden around a room and had to be found.

Meanwhile, Bloomin Brands created 360° content for its Flemings Steakhouse. Bloomin partnered with The LOLA Agency to distribute its interactive 360° experience through 360° ad units. The experience takes its audience on a tour of four different wineries where the restaurant sourced wine for its seasonal menu.

“Compared with linear 360° video, interactive 360° content creates an opportunity for consumers to actively engage and choose their own adventure,” said Brad Phaisan, CEO of OmniVirt. “We are seeing our customers looking to supplement their 360° video and photos with interactive and engaging experiences that allow them to dive deeper into the experience.”